4 Skeptical Things That Can Convince You That Prof. Pondie's Faint Might Be Counterfactual (View)

First of all, I want you to note that all explanations to be done in this article are mere preliminary suggestions and not exact ones.

Following the faint of the acting managing director of the NDDC, Prof. Daniel Pondei during his fourth day of public hearing with the House Representatives committee on NDDC, Nigerians have reacted differently to the dramatic incident. 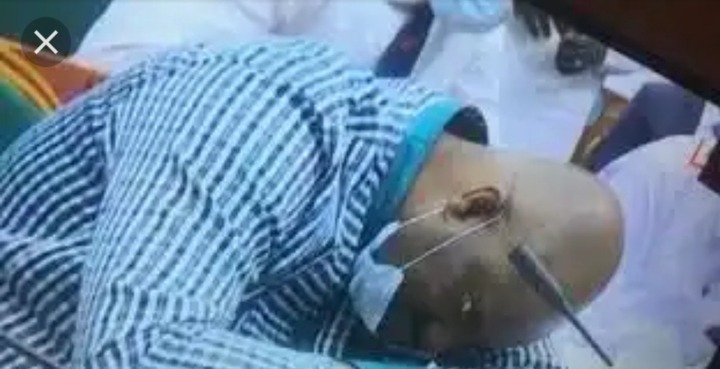 Prof. Pondei collapsed after over one hour of interrogation with the committee on live video. He was realized to be felling slowly over his desk indicating that something was wrong with him.

He was therefore attended to once he was sighted in the condition for emergency aid.

However, the reactions of most people watching the live video indicated that they didn't believe in his critical health condition.

In my view too, I believe it was all drama to escape the investigative interrogation which can lead to his prosecution.

Here are four skeptical things that will make you agree with me; 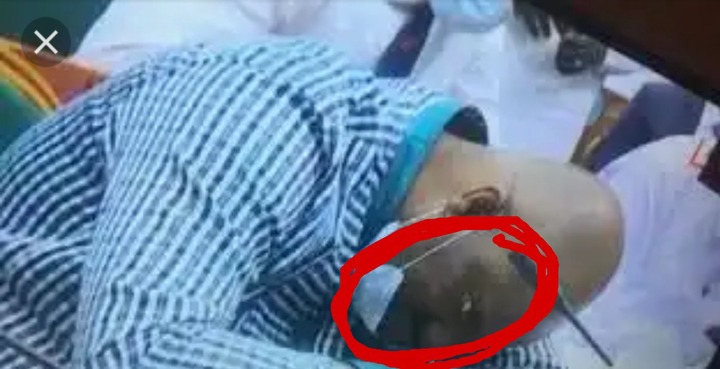 Prof. Pondie's eyes were still open despite losing his consciousness, but that is not a questionable suspension. When someone slumps, his eyes can remained open but without sense. He will not be able to identify what he sees afterwards.

When Pondei's eyes were opened, he was probably using his strength to maintain his posture on desk to avoid falling down and his arms were placed appropriately like someone pretending to be sleeping in class. 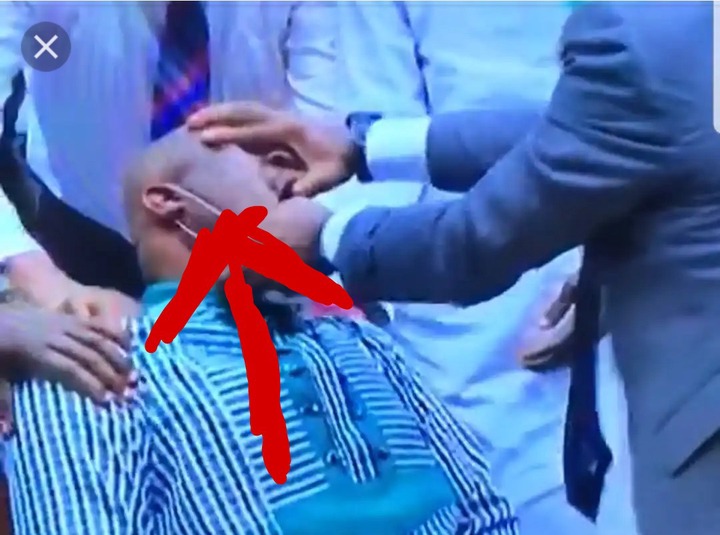 If you look closely at his posture while he was being attended to, you will see that his body from chest upwards was on relevant posture of a conscious person. His neck should have been sagged and held by someone else.

Thus, that was why someone held his shoulder instead of his neck as if the person knew he was pretending.

3. Straight Bend of His Shoulder/Arm 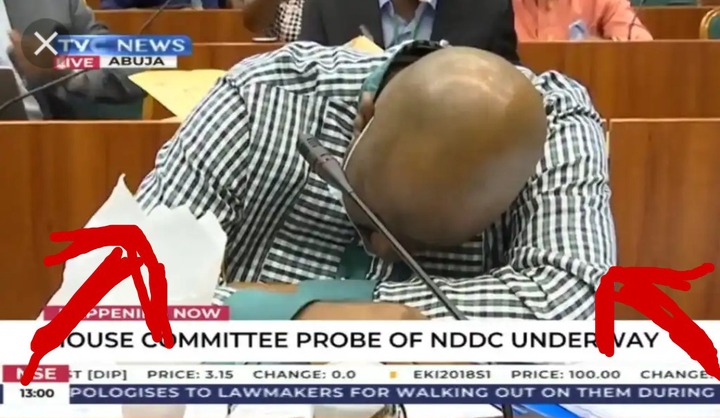 As I said earlier, his was still maintaining a straight sitting posture if you have vigilant eyes to detect that. Apparently, his shoulders in the picture above also allegedly showed that he did not actually slumped because he was using his left arm to defend his posture and gain strength to avoid felling off the desk. 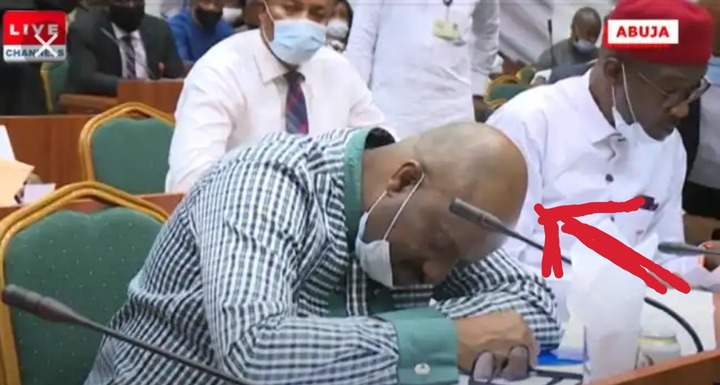 Lastly, as you can see here that he was leaning slowly while his head was not touching the desk but he was like that for seconds which means he was using his sensitive strength to gain his stance as well.

Therefore, owing to these justifications mentioned above, I hope you will also agree with me on my opinion that Prof. Pondie was just displaying a drama in the live video to escape further trial.

What can you also say about Pondie's faint?

Did he really lose his consciousness or he was trying to avoid the live interrogation?

Kindly leave your opinions and views in the comments section below.