Signs and Symptoms of Syphilis

By uniquehaywhy (self media writer) | 1 year ago 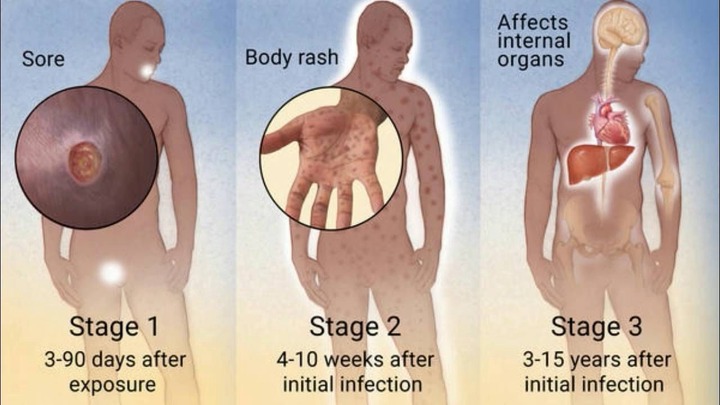 Syphilis is a bacterial infection of the type known as Treponema pallidum, which has a sexually transmitted nature (STI). According to the Centers for Disease Control and Prevention, more than 88000 Syphilis cases were reported in 2016 in the United States. In the United States, the rate of women with syphilis has declined, but the rate among men, especially men who have sex with men, has risen.

Small and painless suffering is the first sign of syphilis. It may appear inside or on the sex organs, rectum, or mouth. The sore is known as a chancre. It's often missed immediately by people.

Syphilis is a difficult disease to diagnose. It is possible to have it for years without showing any symptoms. Syphilis that goes untreated for an extended period can harm vital organs including the heart and brain.

A direct encounter with syphilitic chancres is the only way for syphilis to spread. It can't be spread by sharing a toilet, wearing someone else's clothes, or eating with someone else's utensils .Four (4) infection stages of syphilis are

Three to four weeks after contracting the germs, a person will experience the first stage of syphilis. It starts with a chancre, a tiny, circular sore. A chancre is not painful, but it is highly contagious. This sore can form on or within the mouth, the genitals, or the rectum, depending on where the bacteria entered the body. Direct touch with a sore transmits syphilis. This is most common during sexual activities, such as oral sex. 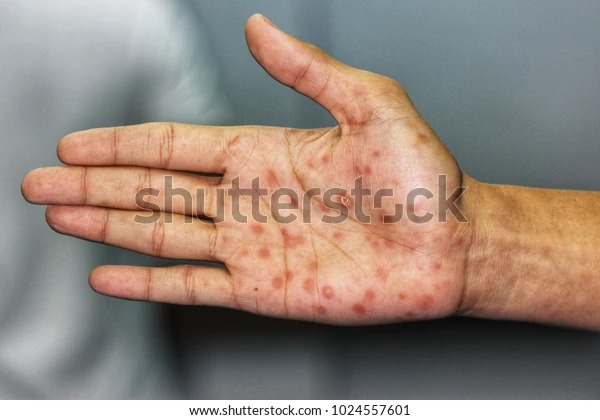 During the second stage of syphilis, skin rashes and a painful throat may appear. Rash that won't itchy, and commonly appears on the palms and soles of the feet, but it can appear anywhere on the body. Some folks aren't aware of the rash until it is gone.

Other secondary syphilis symptoms include:

Whether or not you receive treatment, these symptoms will go away. However, syphilis persists in the absence of treatment.

Secondary syphilis is usually misdiagnosed as something else.

The latent, or concealed, stage of syphilis is the third stage. The primary and secondary symptoms fade away, and there are no visible symptoms left at this point. The bacteria, on the other hand, remain in the body. Before developing tertiary syphilis, this stage could exist for years.

- Neurological illnesses such as stroke or meningitis.

The first two phases of syphilis are the most contagious stage. When syphilis is in the hidden or latent stage, it is still active but has no symptoms. The most dangerous kind of syphilis is tertiary syphilis.

How to avoid contracting syphilis. (Prevention)

Safe sex is the greatest way to avoid contracting syphilis.

Get tested for STIs and discuss the results with your partners.

Syphilis can also be spread through the use of shared objects. If you're using injected medications, don't share sharp objects.