How to give birth to a baby boy

There’s research and science behind the conception of a boy that says all the little Ronaldos and Messis had much to do with the excitement and adrenaline when daddy’s team won, the romantic strolls through the fan parks that followed, and a subsequent trip to the hospital, some 9 months later.

I wondered, is that something I can scientifically measure? Can I hope and pray for a boy or girl and then follow specific methods that can make it happen?

Well, it wasn’t just a freak shift that resulted in the disproportionately higher number of male babies born in early year. And although it may not have been calculated, it certainly wasn’t random

Trying to conceive can be challenging. But there are ways you can optimise your chances of getting pregnant, like tracking your cervical fluid and timing sex accordingly. Watch this video – you won't believe how simple and easy it actually is.

In their study, Masukume and Grech wrote that there were two factors which led to this increase: sperm motility and when, and how frequently, people had sex.

On the contrary, “in terms of sperm motility,” they continued, “the consequence of negative natural events is that sperm motility is low. This translates into fewer boys being born.”

They explain that, with particular events such as the World Cup, people tend to feel strong emotions. In this case it was happy emotions that had male sperm swimming faster, making their way to their prize quicker, and fertilising the egg.

So timing intercourse as closely to ovulation as possible has a better chance of conceiving a boy because a healthy male sperm cell will probably reach the egg first.

But if you have sex, say, four days after ovulation, your chances of conceiving a girl is higher, because the male sperm cells would have expired while the female sperm cell may be resilient enough to make it all the way through.

Here are the factors and scenarios that may therefore increase your chances of a boy or girl, according to Toni Weschler’s research and supported by scientific studies.

This doesn’t mean these methods are sure-fire. Also, it goes without saying, that both genders are beautiful blessings that we're grateful for.

Things to study to have a baby boy are

You have sex on your peak day (the day you are most fertile) or the day after. Your peak day usually occurs the day before you ovulate or the day of ovulation itself.

You use artificial insemination (AI), as the procedure is usually done as close to ovulation as possible. 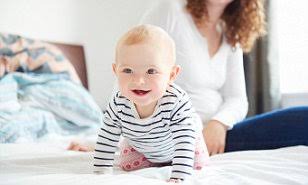 Content created and supplied by: Kalason86 (via Opera News )