By Iamceo (self media writer) | 2 years ago

My name is Johnson I am 30 years old and married to my wife, Cynthia for only six months. Our marriage was going well and there was still plenty of time to have kids of our own. I worked in a very big law firm and my wife worked in a commercial bank, we were so much in love with each other and did everything together. When we are at work, we text and do video calls with each other. My marriage was in fact everything that I wished for.

We started to drift away form each other when my wife decided to quit her job at the bank, she explained to me that the job was too stressful for her and that she needed to rest for sometime before getting a less stressful job. I respected and supported her decision. I was not worried because I made more than enough money to sustain us and we had rich parents, so money was never our problem. The problem was that, my wife staying at home had a bad effect on our marriage.

Our marriage kept on getting sour, it got to the extent that my wife who used to be so much attached to me began ignoring me, my calls and my texts. All she did was eat, read and sleep all day because we had workers to do almost everything in the house. I saw that the loss of her job was weighing her down, I decided to talk to her and advised her to find something that will make her leave the house, she immediately suggested that she could start going to the gym which was a great idea and I accepted it. Finally, something to cheer her up again.

Going to the gym seemed to bring back the spark in our relationship as my wife became her usual self. She became too committed in going to the gym as if it was a new job and this got me worried. I began having thoughts of her flirting or worse, having an affair with one of the guys she met at the gym because they were mostly young guys with ripped muscles and tattoos. I quickly waved away the thought as paranoia and assured myself that my wife would never do such a thing.

I became more worried when she started complaining of unusual pains because she told me she did simple exercise and nothing too stressful. Whenever I asked her what was going on, she says that she is fine. I did the best I could to help her, I even told a friend that I was worried about my wife and he told me to pay her a surprise visit at the gym.

On the day I decided to surprise my wife, I called my secretary into my office and told her to cancel all my appointments for the day. While I was driving to the gym, all I could think of was what I would find out about my wife. When I got to the gym, I saw my wife from afar with two muscular men that looked like her gym instructors. When I saw her, she was lifting heavy weights on a bench and that surprised me but she got up, walked towards one of the gym instructors and did what shocked me. 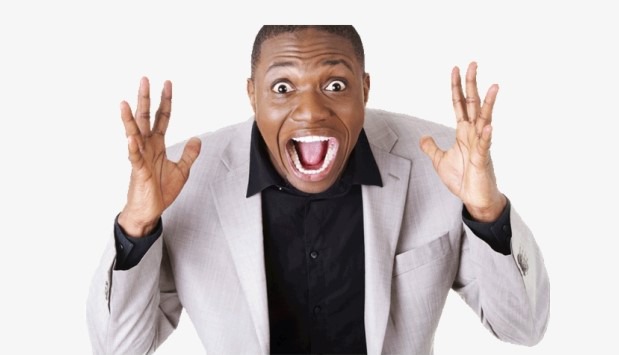 She walked up to the gym instructor, collected a syringe from him and injected the contents into her arm. All this happened within few seconds before I could reach her. When she saw me, she was shocked too. When she regained her composure, she tried explaining to me that she wanted to become a bodybuilder and had to inject steroids into her muscles. I told her I cannot be married to her if she decides to become a bodybuilder but she told me that she had already made up her mind.

I left the gym very angry but I still love my wife and want to have kids with her. I was confused and didn't know what to do because I cannot be married to a bodybuilder.