Unlike the 80's, where technology had not yet improved and there was nothing like social media, today 'My 600-lb Life' has shown the way for people to see how obesity and eating addiction slowly kills.

The show since it started has given hope to those who have struggled with weight for a long time and have wanted to change their life.

Looking at the Guinness Book of Record since it came into existence, we can clearly see those who held the records for being the most heaviest ever lived. Here is the top five. 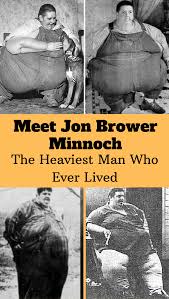 He suffered obesity since childhood but it wasn't until it started affecting his health that people began paying close attention to him.

He was born on the 28 February 1991. He is a Saudi Arabia man who in August 2013 was found to be the heaviest living person and the second heaviest person in recorded history at 610 kg, which is 1340 Ibs, behind Jon Brower Minnoch. However, as a result of medical treatment, he lost a total of 320 kg; equivalent to 710 lbs, which was more than half his body weight. 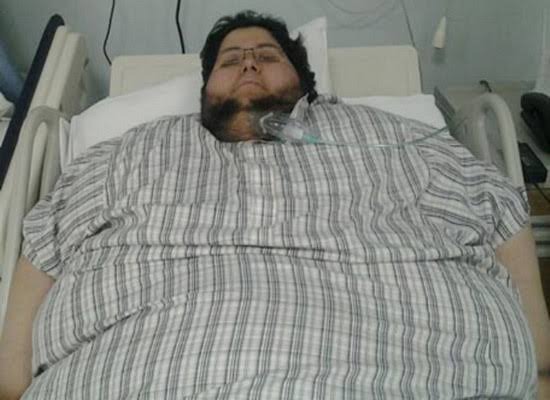 The king of Saudi Arabia eventually helped khalid to regain his life back. He put Khalid through a series of dietary and physical programs which helped him lose weight. And truly it worked.

Born 11th June 1965 – 26 May 2014. He was a Mexican man who suffered from morbid obesity to one of the greatest extents known in record history. After he had reached his highest which was around 600 kg, and having been unable to leave his bed since 2002, he lost approximately 230 kg (510 lb). That was over one third of his body weight, with the help of doctors and nutritionists by February 2008. However, he still died on 26 May 2014 weighing 394 kg. 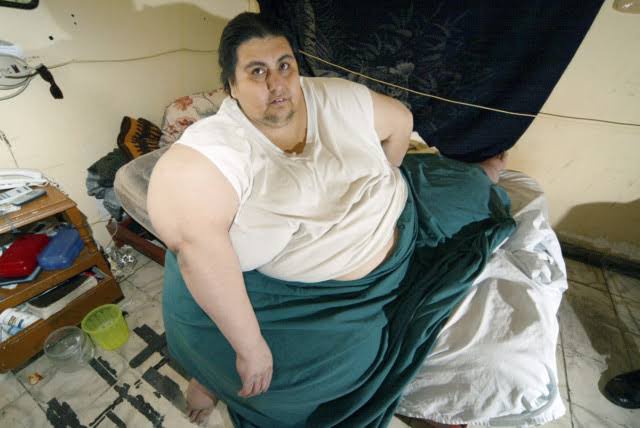 Uribe, died at the age of 48. He was believed to have suffered from both a liver and cardiac condition, which led to the cause of his death.

He was a Mexican who was once the world’s heaviest man and has also beaten the coronavirus, by the help of several years of dieting, exercise and stomach reduction surgery that saw him shed hundreds of kilos.

The 36-year-old after all said and done, is now weighing around 208 kilos. 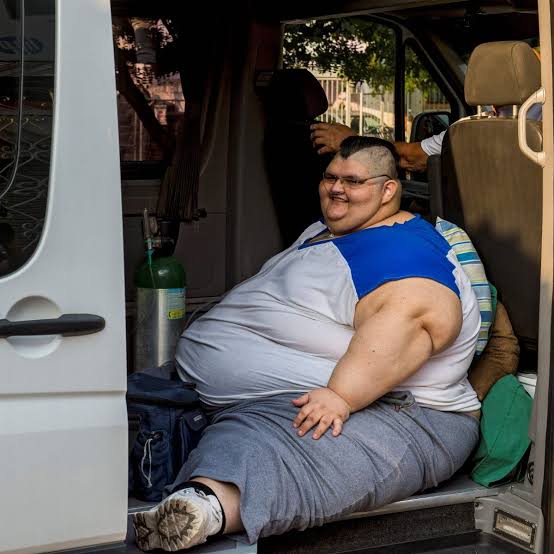 He has gone from being bedridden and at the risk of death to being able to sit down by himself. That's great news now.

She lived from January 26, 1960 – July 18, 1994. She was the first American woman who was the heaviest ever recorded and one of the most severely obese woman in history. 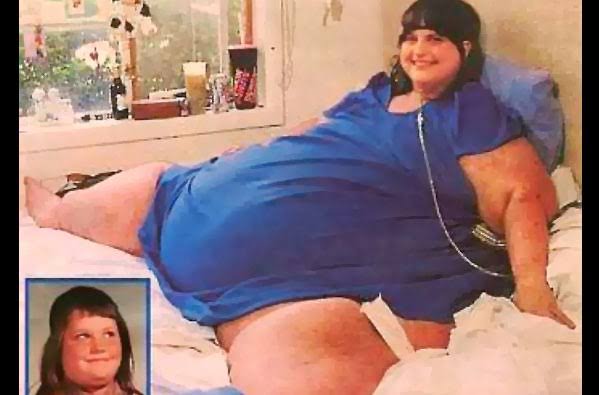 Being obese is a disease and one should not find themselves in this sad and unfortunate circumstance. It practically stripes you off your life and eventually shortens your life span. There is nothing good about being the heaviest human being in the Guinness Book of Record. Health is wealth. And so is long life.