By Pointview (self media writer) | 1 year ago

Gayle Smith told the Senate Foreign Relations Committee hearing on May 12: "There is no question but that we need a grand plan and the United States needs to be at the forefront of that," she said. 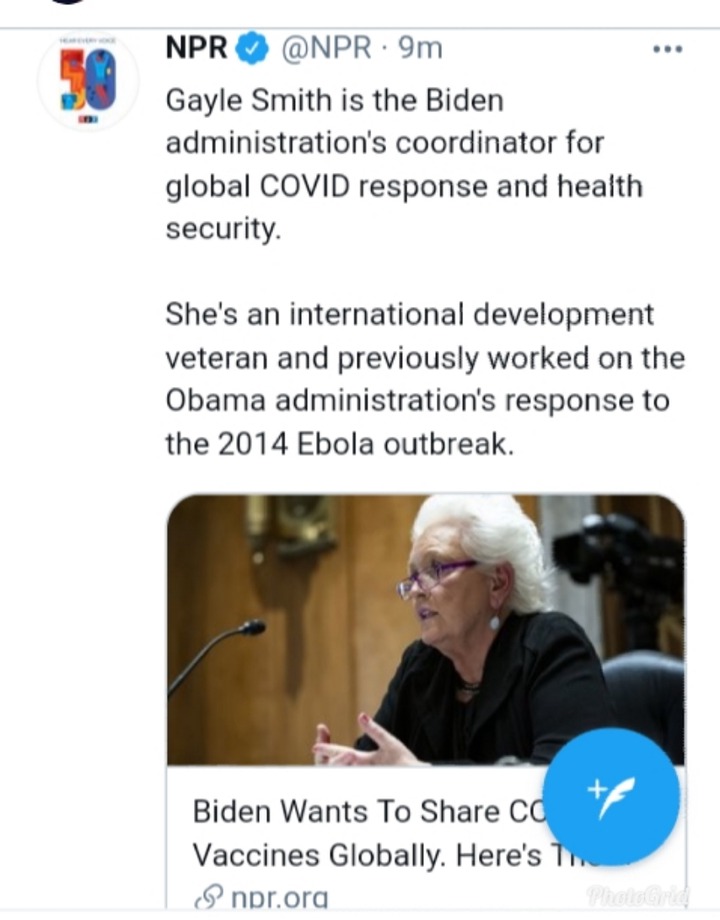 Now that the United States has made strides in vaccinating Americans against COVID-19, President Biden has said he wants to marshal global resources to stamp out the pandemic in even the world's poorest countries.

It's a goal that will require convincing other wealthy nations to join in the cause. Biden has put an international development veteran at the helm of this diplomatic push: Gayle Smith, an outspoken advocate for reducing global poverty and unnecessary death from disease.

On Monday, Biden announced part of his strategy, a plan for the United States to share a total of 80 million vaccine doses with other countries by the end of June. By the middle of next month, he wants to announce more steps to increase vaccine supply when he meets with other leaders at the G7 summit in the United Kingdom.

Iran reports 46% surge in exports y/y in May

Iran has reported a surge in the value of exports in the two first months of the current calendar year beginning late March as the country seeks to offset losses suffered last year because of coroanvirus restrictions on trade. 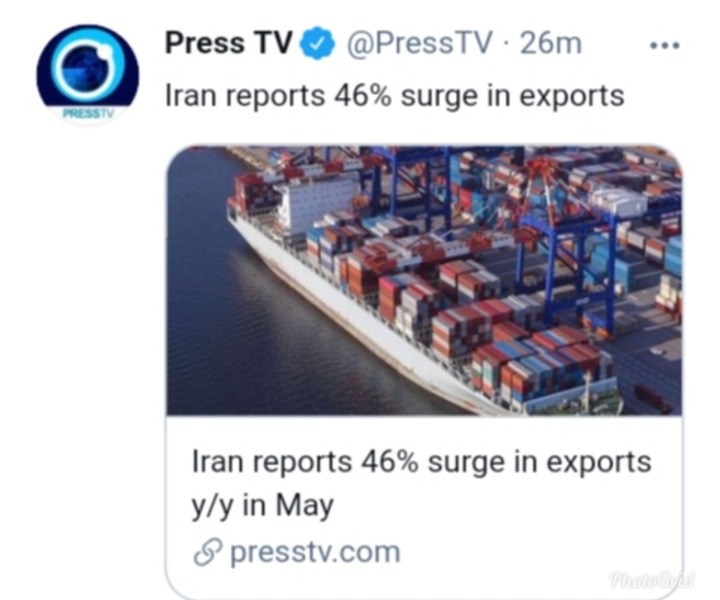 The Iranian customs office IRICA said on Tuesday that exports from the country had reached a total of $5.6 billion in the 55 days to May 15, up 46% against the same period last year.

IRICA chief Mehdi Mir Asharafi said that imports had also increased by 28% year on year in mid-May to the same value of $5.6 billion.

Iran’s annual trade value for the fiscal year to March 20 had reached nearly $73 billion of which some $34.256 billion exports had come from exports.

The battle against the Israeli regime’s escalated atrocities against Palestinians in Gaza and the West Bank has spread throughout the borders that used to demarcate Palestine before the regime’s 1948 invasion. 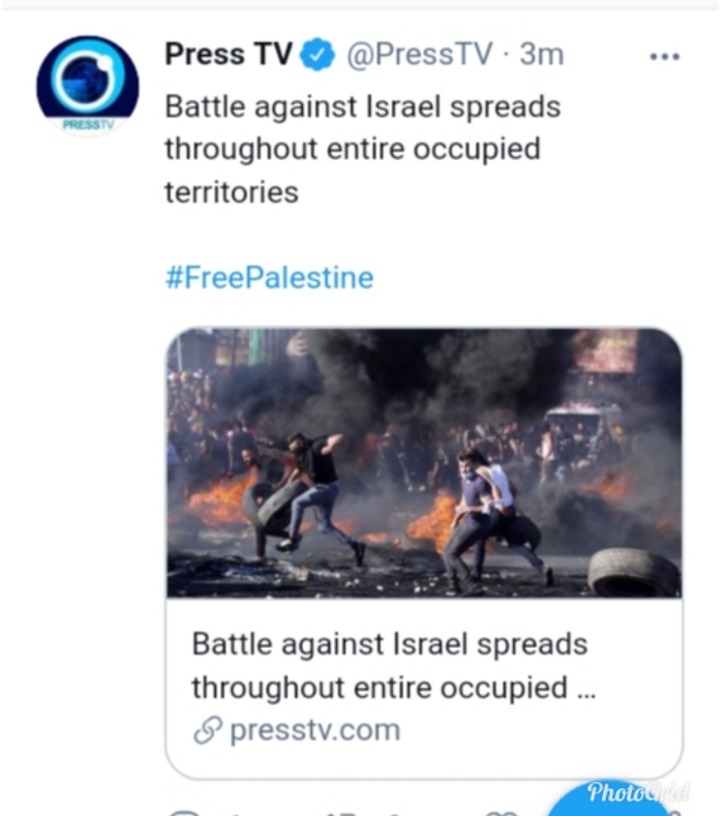 Besides Gaza and the West Bank, there were reports on Tuesday that the rest of the territories occupied by Israel were also witnessing a “general strike” and angry demonstrations.

Lebanon’s al-Mayadeen television network said the enraged public had opted for the measures in support of those who have been subjected to the Israeli brutalities in Gaza and the West Bank.

The network did not mention the exact identity of those staging the new wave of protest actions, but this is not the first time since the beginning of the military campaign against Gaza that people rise up in rage against the regime beyond Gaza and the West Bank.

Such rallies have been an on-again-off-again occurrence beyond the two Palestinian territories, throughout since early May, when the regime significantly intensified its assaults on Palestinians in the West Bank, especially the holy city of al-Quds, and later ramped up its deadly attacks on Gaza. 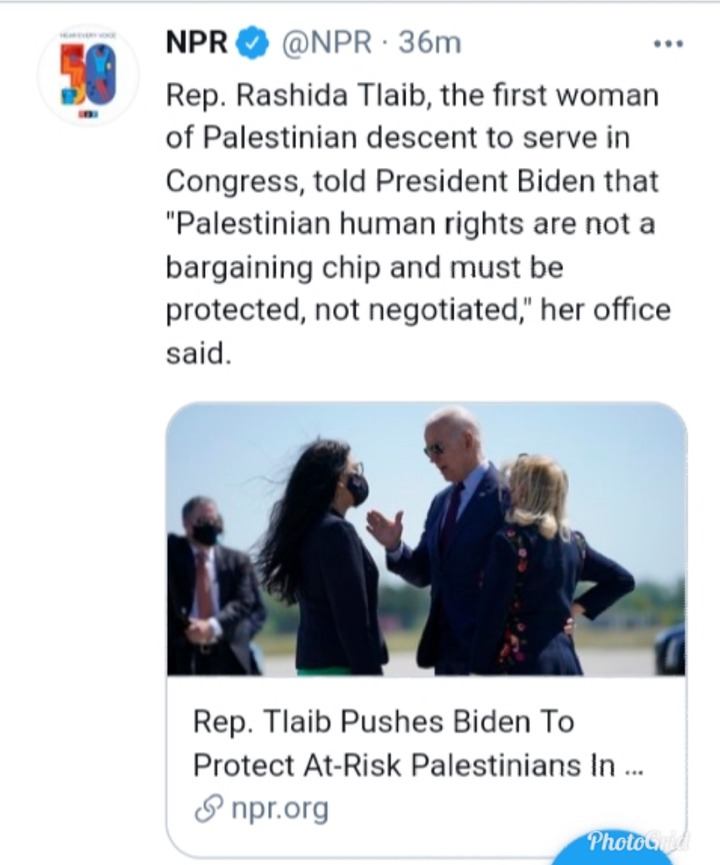 In a notable tarmac conversation, Michigan Rep. Rashida Tlaib conveyed to President Biden her dissatisfaction with the United States' response to the bloody conflict between Israel and Hamas that has now entered its second week, her office says.

Tlaib, the first woman of Palestinian descent to serve in Congress, also told Biden that Palestinians must be protected, and she shared her harsh assessment of Israel's role in escalating the violence, an aide for the congresswoman's office said in a statement.

Their conversation came after Biden landed in Detroit Tuesday, ahead of his visit to Ford's Rouge Electric Vehicle Center in nearby Dearborn, and as global pressure mounts for Israel and Hamas to call a truce in their fighting.

Dearborn is home to a sizable Arab American population, and protesters took to the streets Tuesday in the city to voice support for Palestinians. 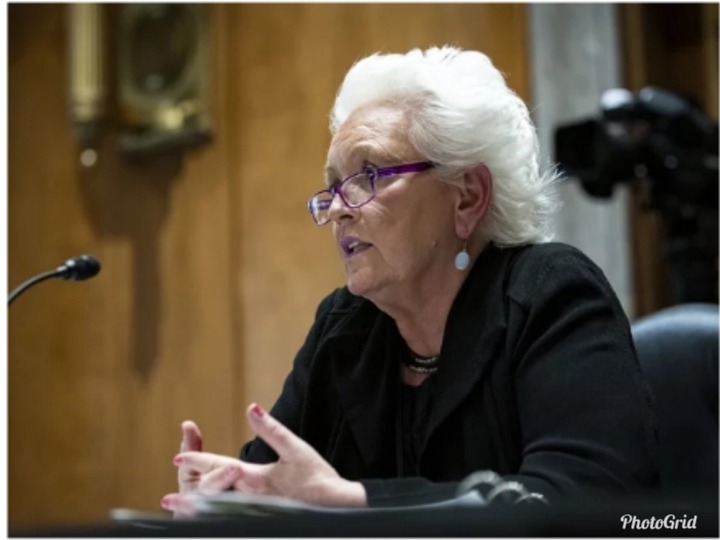 Content created and supplied by: Pointview (via Opera News )