By People'sDaily (self meida writer) | 10 days 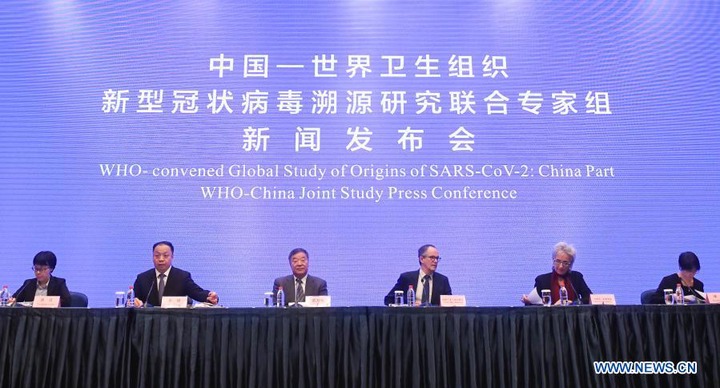 The so-called "lab leak theory" recently fabricated by the U.S. is just lame. It followed the same old trick in which certain media outlets published biased reports and then some politicians hyped them up.

However, such "comedy duo," which has been frequently staged, further revealed the ugly intention of the White House to politicize the pandemic and stigmatize other countries.

A Wall Street Journal report published on May 23 is culpable for the resurgent "lab leak theory." The report takes "a previously undisclosed U.S. intelligence report" as its only source and is all about "intelligence," inducing the readers to put the blame of "lab leak" on China. However, it offers barely any fact and employs abundant uncertain statements, which exposed a lack of confidence in its arguments.

The Wall Street Journal says it provides facts, data and information—not assertions or opinions. However, the above-mentioned report is neither objective nor impartial, and only hurts the credibility of the U.S.

The so-called "lab leak theory" has already been denied by scientific researches. Does the Wall Street Journal really believe that an intelligence report of unknown origin could overturn scientific studies? Where did it get this "previously undisclosed U.S. intelligence report?" Is the report "exclusive" or "tailored?" Has the Wall Street Journal verified it?

One of the authors of the report Michael Gordon is really somebody in the U.S. media known for cooking up stories. It was him that made the hype of Iraq trying to get nuclear weapons in September 2002 when he worked for the New York Times, which later became a reason for the White House to wage a war against Iraq. However, it was finally proved that the reason was a big lie.

Since the outbreak of COVID-19, some U.S. politicians have deliberately politicized the virus while some American media organizations "held a candle to the devil."

In April last year, the Washington Post fabricated a story that the novel coronavirus came from a Chinese lab, and it was followed by a February report by the New York Times which said Chinese scientists refused to share raw data that might bring the world closer to understanding the origins of the coronavirus pandemic.

These American media organizations turned a blind eye to science and facts, and repeated their lies again and again, which not only is a violation of professional ethics, but also undermines the atmosphere for international anti-pandemic cooperation that is in urgent need today.

Peter Daszak, a member of a WHO-led team investigating the pandemic's origin, noted that China has become a victim of the "lab leak theory." The Nature magazine also pointed out allegations that COVID escaped from a Chinese lab make it harder for nations to collaborate on ending the pandemic — and fuel online bullying.

The U.S. politicians and media organizations are working hand in glove with each other to spread rumors and stigmatize China because they can't accept a growing China. Obsessed with zero-sum mentality and fanning confrontation, they are addicted to Cold War solutions such as information and public opinion warfare. By spending huge amount of money each year to “counter the malign influence of China”, the U.S. politicians just want to keep slandering China with rumors and lies. Such bold actions once again showed the American hegemony to the world.

Obeying professional ethics is a basic requirement for news work. Only true, objective, and impartial news can withstand the test of history. The reports by some U.S. media outlets, which are highly misguiding on COVID-19 origin sourcing, have seriously violated professional ethics and will leave indelible stains in history.

(Zhong Sheng is a pen name often used by People's Daily to express its views on foreign policy.)