Having Hair Woes? How Avocado Pear Saved The Day(Read full story and Benefits)

By YvonneScribes (self media writer) | 1 year ago 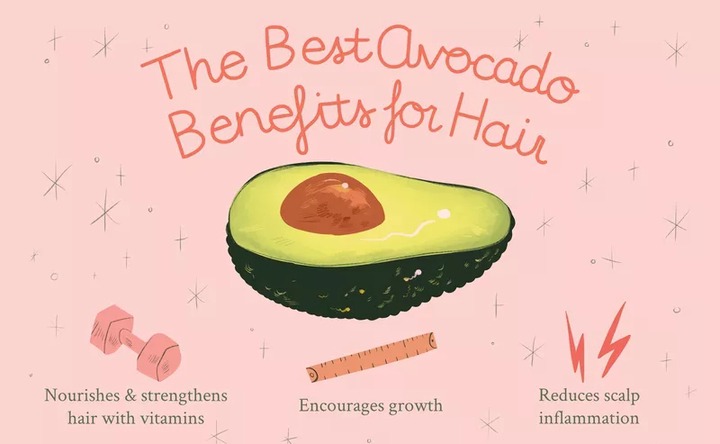 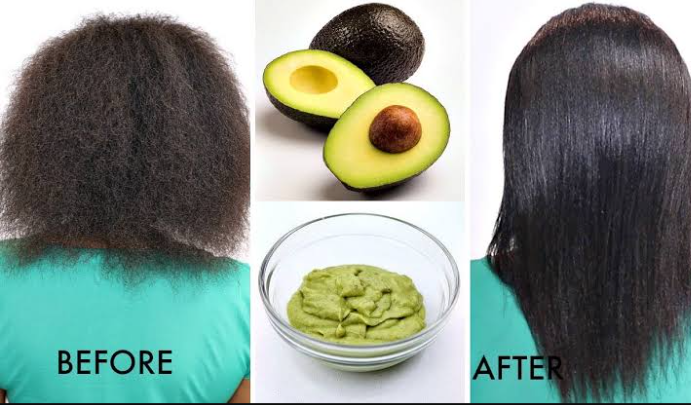 I can vividly recall when the cutting of hair and keeping of low cut began to trend among young ladies especially those who were students in the University. Several of my schoolmates went under the clipper to cut off all their hair. After that, they began to grow what they referred to as Natural Hair at the time. Before then, Oma, my friend had been having hair woes for some time because she had relaxed her hair a great deal and this had caused her hair to suffer easy breakage. Infact, her front hair was almost non-existent.

At the time, Oma had been in her penultimate year (just like me) in Uniben. When she paid close attention to what was going on around us (some friends of hers including myself having subscribed to the short hair gang), she decided to cut her own hair too. She did this three consecutive times. The first two times, she sported a low cut, the third time? She had everything cut off. According to her, she was ready to start all over again. Little did Oma know that it was going to backfire on her, big time. She had no idea what she was getting into. Neither did we.

After a while, she began to experience severe itchings on her scalp, at first she couldn't understand what it was, until she decided to browse out the symptoms. She eventually found out that she had a mild case of scalp psoriasis. Oma was so disturbed and instantly began to regret cutting her hair but the deed had already been done and it was no use crying over spilled milk. She began to look for remedies everywhere. People suggested so many products to her but those products did nothing to help. And all efforts seemed to prove futile.

Now, Oma had never been a fruit lover, it wasn't that she abhorred fruits or anything, she just wasn't crazy about them. But like they always say, to every rule, there's an exception to the rule. There was one tropical fruit my friend, Oma had the closest thing to love for, Avocado Pear. At the time, we weren't able to see many avocados so my girl wasn't having any then. Eventually, avocado pear began to appear in large quantities in the market and she began to enjoy them once.

With the way she liked Avocado pear, She woud have consumed up to four large Avocado if she could. As usual, she began to eat them everyday, at least two pears each day. After a while, she disclosed to us that the itching on her scalp which sometimes kept her awake at night has subsided. We were thrilled to hear that, and we felt that it was as a result of the treatments she had been applying on to the hair. I asked her which hair treatment we had to thank for this and she replied that she discontinued usage of those treatments two week ago.

Then, she proceeded to tell us how much she believes that the Avocado pear had contributed to the absence of the itch on her scalp, as she continued to speak, I looked at her hair closely and noticed that it had a unique shine to it too. I just had to feel it's texture and it was soft and felt good to touch. Wow! Avocado? This is just too good to be true, I thought. What baffled me more was the fact that Avocado pear is the only fruit my friend couldn't seem to get tired of and boom! We discover it has amazing hair benefits. Fast forward to now, Oma's hair woes have all been long forgotten. All thanks to Avocado pear.

That been said, Avocado as illustrated by my recollection has obvious hair benefits. Here are some of them:

2. It supplies the hair with necessary growth minerals 3. It adds a unique shine to the hair.

4. It reduces itchy scalp and inflammation

5. It moisturises the hair.

To reap the amazing benefits of avocado to the hair, you can cultivate the habit of eating avocado pear at least thrice in a week, you can also make a hair mask with it for your hair. I bet you, you'll see positive results I no time at all! See some recipes of Avocado hair mask below.

I hope you found this helpful. I know it changed my life. Yea it did. Now, I'm a fan of avocado pear. If you found it helpful, I hope it works out well for you too so you would share your hair testimony with me. Wouldn't you want that? Anyway, there are several reasons why some refer to avocado pear as the miracle fruit. We have just touched the tip of this iceberg called Avocado Pear. If you know more benefits of avocados, please don't hesitate to share them with me. I would love to hear from you!