By AyoolaofGod (self media writer) | 2 years ago 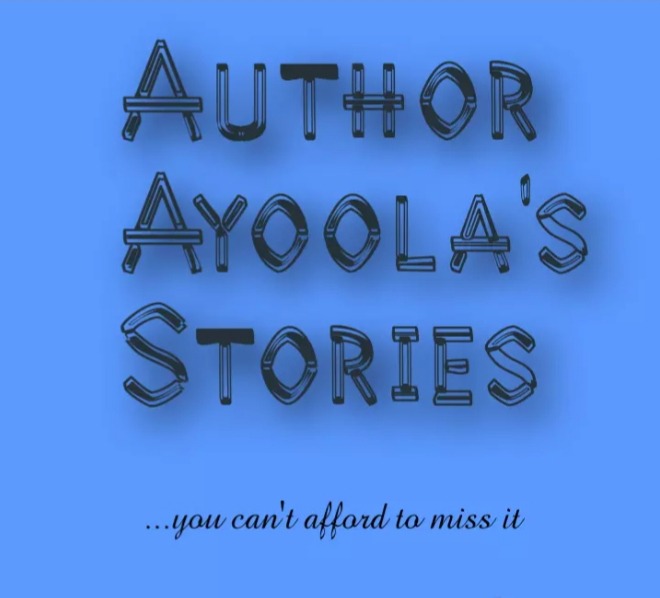 I got out of the cab immediately and paid the driver before walking towards the house.

When I opened the door and walked in, only mother was sitting on the couch.

"Roxy...", she called, standing up and my eyes went to the television to see she's watching that reality show she loves so much. About wives or something.

"I thought you wouldn't be back until like evening. You got the job right? So what are you doing back home?", she asked and I shook my head a little.

"Nothing mother. I had a slight headache so boss dismissed me to go take care of myself", I lied.

Really Roxanne? Headache? I just hope she buys it.

"Oh my poor baby. What could have caused the headache", she bought it!

"I just need sleep and I'm sure everything would he alright.", I smiled a little.

"Really? I think maybe we should go to the hospital. You never have headaches expect when you sleep late and you didn't sleep late last night so what could be wrong now?", Oh God! Here goes mother, always overreacting. I should have came up with a better lie.

"Mother it's just a headache. Nothing more, I will be alright when I have some sleep.", I groan but she didn't seem satisfied.

"Are you sure? We could go to the doctor."

"Mother Geez! I'll be fine! Now you're even adding more to the headache", I groaned before walking upstairs and closing the door behind me after walking into my room.

Damn! That was close.

I don't know what would have happened if I had gone to the doctor. Would have just stressed myself over a non existing headache.

I remember the day Sophia took me to a party behind mother's back.

The next morning, I was vomiting too much and mother, thinking I was pregnant took me to the doctor to confirm.

I will never forget that day. She was yelling and scolding me till we reached the hospital.

The doctor was surprised when she asked him to do a pregnancy test for me.

I was so ashamed that day and when it turned out negative, I was so angry at her for her overreacting.

She just always take things in the negative way and sometimes it's so frustrating.

Also the day I was supposed to go watch a game with my friends but Sophia tripped me over the stairs, my legs sprained and I was limping to walk but I could manage since I can still walk and my friends would be there to take care of me.

Mother, being the dramatic queen, ordered me not to go but to go back to my room with the promise that we will go to the hospital the next day.

I tried to convince her I could manage but she cut me off and yelled at me to go back to my room.

She's just so dramatic and tends to make something out of nothing.

I dropped my bag and pulled off my clothes, getting into a more simpler one as I took out my clothes for the next day which was a black shirt and a blue long sleeved shirt to match.

Thirty minutes later and I already had everything I needed prepared. My clothes. Bag. Snacks I might want to eat along working and some extra clothes in case the first one gets ruined. Even extra underwear and tampons, I don't know why I do that but it's just a habit I guess.

I already have my alarm set. I can't get late to work. Infact, I even set it to get there thirty minutes earlier just to get familiar with the building and know every single place.

And also I have to get a car soon, I can't be taking a cab to work every time.

Having my own car would make things more easier and simple.

I walked downstairs to have dinner and everyone was already on seat.

"Roxanne, mother told me you had a headache, didn't know you would still come down there", Sophia teased and I rolled my eyes at her. I'm not in for her games tonight.

"Good evening father", I greeted father and took a seat across from Sophia.

"Roxanne, how was work?",Father muttered as I stared at the pudding in front of me.

"Oh yeah, I forgot you started work already. How was queen's global?",Sophia smirked and I sighed before digging into my rice pudding.

"It was good Sophia. Why, you got a problem with that?", I raise my brows and she shook her head.

"One day at there and you have already grown wings. Talking back at your elder sister, parents did you see that?"

Really? She's gonna use mother and father against me? That's so low of her.

"You know Sophia. If you've got a problem with the fact that I'm good at the one thing you're terrible at. Just admit it and stop speaking behind mom and dad", I snapped, dropping my spoon.

"I'm not bad at anything sister. You know that", she said with a smug smile.

"Awn baby. Are you angry I got the job you've been longing for all your stupid life? You can still get something there you know. I'm sure the post of a cleaner is still available", I mocked and I watch her jaw clench. Yea, that's how it feels sister.

"Roxanne!" Mother yelled my name and I sighed before rolling my eyes.

I know they'll always side behind her. No matter what she does, even when she's wrong.

"I'm just gonna eat dinner in my room. Remember my advice sister." I smirked before standing up.

"Goodnight father", with that, I grabbed my food and walked upstairs to my room to hear Sophia murmuring to father and mother.

I sighed and dropped the food on the lampside table. She just always ruin my appetite.

But I won't let her ruin my anticipation of my first day at work tomorrow.

I can't wait for it.

I know everything would be perfect at queens global.

I ate a little from the pudding before drifting off to sleep, my dreams clouded with the image of my first day at queens global.

Content created and supplied by: AyoolaofGod (via Opera News )