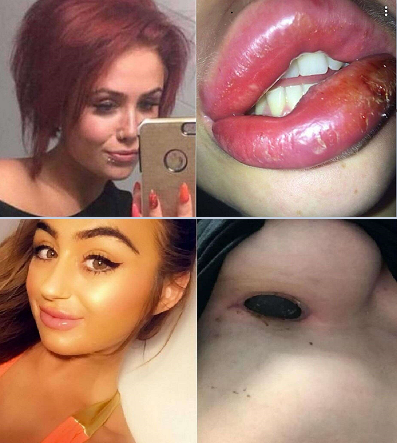 We all know how the plastic surgery craze is ubiquitous now, I mean, there’s been a stunning rise in the number of people going about trying to attain the perfect “internet celebrity body” and its somewhat shocking.

If you are going to do it, least do it right! Some plastic surgeons and medical boards have warned women and men about doing proper research before they do these things, but they still don’t listen. Now, a lot of these people are regretting their decisions. 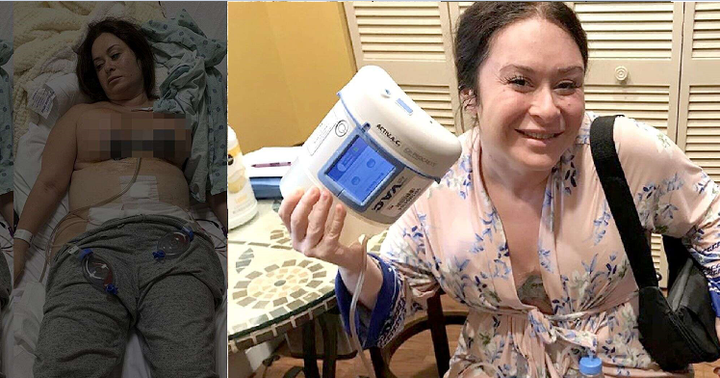 1. Lyndah Colosimo lost her nipples and even nearly died after the plastic surgery. She went for a tummy tuck, breast reduction and butt lift. After the surgery, she woke up with near fatal complications and life altering scars. Afterwards, she had wounds and her skin started to break. She had a fever and continued to show signs of infections and encouraged to walk around whereas people are told to rest after surgery. She later went to another hospital where she was diagnosed with an E. coli infection in her breast and told she needed more surgery to fix her stomach. She needed a wound vax and her bandages had to be changed by doctors daily. She says she feel so embarrassed and ashamed after everything. 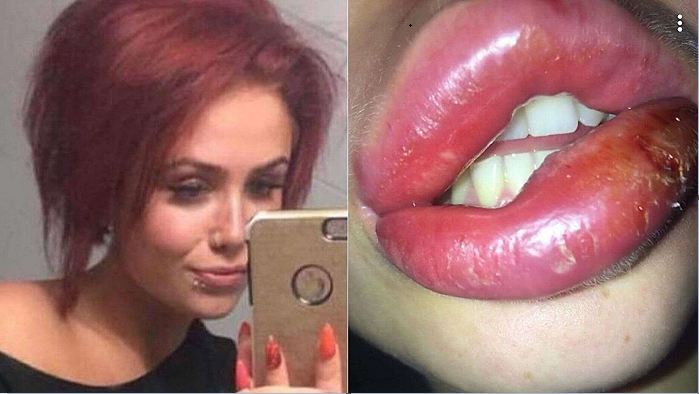 2. Another case, Lauren Winstanley had cheap lip fillers which left her with infected rock-solid sausages. She took a friend's recommendation for a salon that offered low-budget lip fillers. This landed the 18-year-old landed in the hospital for a week after her lips swelled and began to leak green and yellow pus. Winstanley had to undergo surgery to remove the infected fillers and later added that she was put off from fixing the damage left behind. Lauren advises ladies not to ever do it. 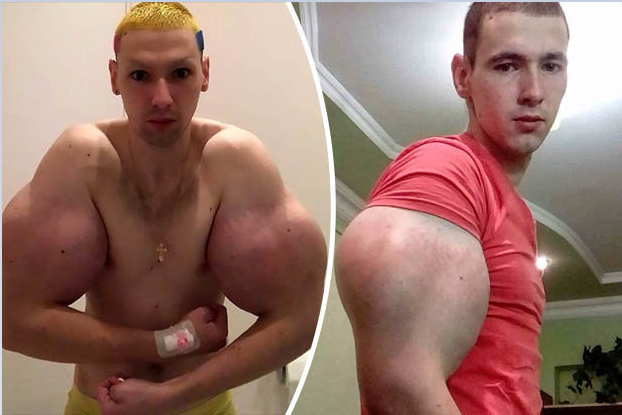 3. This Russian guy had 3 pounds of dead muscle removed after injecting himself with body builder petroleum jelly (who dies that??!). Kirill Tereshin is a 23-year-old Russian who earned the nickname "Popeye" due to his abnormally large biceps. After using the jelly or Synthol oil to enhance the size of his arms, it ended up killing the muscle tissue and requiring several surgeries to remove. He was lucky because doctors said he could die or face amputation if he did not have the corrective procedure, the injections luckily didn’t affect any other part of his body.

4. A Brazilian woman had a butt lift and it left her with lopsided rear after she was close to dying. The woman is now dealing with continuing pain and a lopsided butt, which can only be fixed with more surgery. A friend recommended a surgeon to her who gave her 300 milliliters of a substance injected into her buttocks, with left her in severe pain and immediately affected her health. The infection rotted away her flesh and tissues before developing into sepsis. It took a different team of surgeons to cut away the infection and pumped her full of antibiotics, but the damage has left her with a lopsided behind full of scars. The woman now faces reconstruction surgery that will involve taking fat from her stomach to reshape her butt. She's also terrified that the reconstruction will not work, and has already been dealing with complications from the first steps. 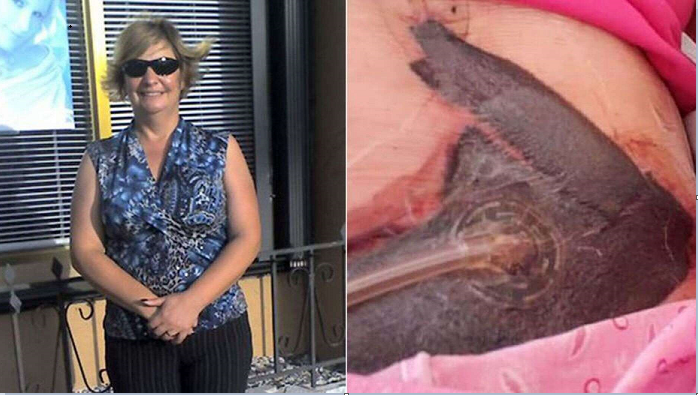 5. A weight loss surgery turned this mom’s skin black and it almost destroyed her life. Days after the liposuction operation, the flesh around her wound began to rot and turned black. She has since undergone seven surgeries, to try and rectify her first surgery she did but has been left with nasty scars across her stomach after her stitches burst open. Apparently, the first doctors failed to follow medical hygiene procedures. Well, she’s asking for justice from those responsible. 6. So this lady went for a breast implant procedure and all inclusive stay in Turkey, but departed with a lopsided chest. After the surgery which created a hole caused by surgical wound, she said the area started smelling like rotten meat and her implanted started poking through her skin. She has since had the implant removed, however, she is set to go for a third procedure to have another implant done

Causes and remedies for pimples