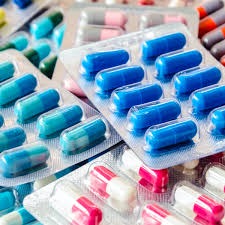 1.Antibiotics and Their Incalculable Impact

According to Stephen Whitehead Without antibiotics, modern medicine as we know it would be unrecognizable,. In 1928, after Fleming with 3 other researchers Howard Florey and Ernst Chain discovered Penicillin though Fleming continues to receive the lions share of recognition for penicillin, all three researchers actually won the 1945 Nobel Prize in Medicine. Florey and Chain receded into historical anonymity while Flemings reputation lives on.

2.The World-Changing Application of Germ Theory

The germ theory pointed out the understanding that microorganisms cause many diseases was first proposed in the 16th century and honed by the work of Louis Pasteur 300 years later, it wasnt until Sir Joseph Lister actually began applying that knowledge in the 1860s that medicine changed for the better because of it.

In an attempt to control infections, Sir Joseph was the first to implement the kind of sterile procedures that are the norm today. He changed gowns and gloves, and also washed his hands thoroughly between patients. He also sterilized surgical instruments and operating rooms by using a donkey engine (like the one shown) to spray everything with a fine mist of carbolic acid, a known disinfectant. Many other surgeons scoffed at Lister until the rate of infections and ward fevers fell dramatically after his surgeries. The Scottish surgeon contributions to medicine in these areas have saved many millions of lives.

A British doctor named Edward Jenner thought medicine could be something more by surmising, the you could prevent people from getting sick in the first place? Edward noticed something when strange about milkmaids. Those who worked closely with cows and contracted an illness called cowpox didnt contract smallpox. Jennings tried something that would change history by draining some pus from a milkmaids active cowpox blisters and persuaded a farmer to let him inject the pus into the arm of the farmers son. Jenner then injected the boy with smallpox pus and later on, the boy became mildly ill but did not develop smallpox, and he fully recovered in a few days. Thus was born the smallpox vaccine, and a vaccination campaign that lasted until the World Health Organization declared the disease one of humanitys greatest scourges eradicated by 1980.

The impact of this discovery Immunology on the human race is incalculable. Thanks to Jenner.

James Blundell, a British obstetrician, knew that transfusing blood into women who died quickly during childbirth could save them. He also knew that others had been experimenting with transfusions for almost 200 years, often with fatal results, mostly because of the practice of using animal blood.

After successful experiments transfusing blood from one animal of the same species to another, Blundell made his first attempt on a woman who was hemorrhaging after childbirth. With her husband as a donor, he transfused 4 ounces of blood into the woman and She survived. Today, about 15 million transfusions take place in the United States each year.

5.From Grinding Organs to Transplanting Them

Joseph Murray, an American physician served as a plastic surgeon in World War II. Murray gained additional experience with tissue rejection while trying to graft the skin of deceased donors to the badly burned areas of his patients.

After World war, Murrays focus turned to suppressing or avoiding the immune response that caused tissue rejection. Based on his success, a Ukrainian surgeon made an attempt to transplant a cadaver kidney into a patient with renal failure in the 1930s, ending up with two dead bodies after the surgery. When Murray made medicines next attempt to transplant a kidney in 1954, he did so by taking a healthy one from his patients identical and living twin brother. Because there was no immune system rejection of the genetically identical kidney, both brothers survived the operation and made full recoveries. He then refocused his time finding drugs that would suppress the immune response allow to immunosuppressive drugs and he eventually came up with as Imuran, azathioprine and prednisone.

He won a Nobel Prize in Medicine in 1990 for his work in organ and cell transplantation. In 2012, he suffered a stroke at home at the age of 93. Murray died in Brigham and Womens Hospital, the same place where he performed his first organ transplant operation. Since that first successful operation, the field of organ transplantation has advanced exponentially. About 30,000 transplants are performed in the U.S. each year, including lung, heart, liver, pancreas, bowel and bone transplants, among others. Thanks to him