How to Identify Insect Bites

Was it a mosquito or was it a flea? Were you bitten by a spider or an ant? Each species leaves a characteristic mark. In fact, these marks are important in order to determine the appropriate treatment. In this article, we’ll look at how to identify insect bites. This is useful information, especially when you’re spending lots of time outside during the summer. 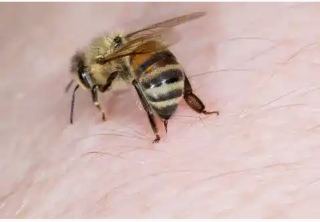 One of the best ways to know which insect bit you is to consider where you were in the days you got bitten. That way, you can narrow down the type of insect.

However, if you just stayed home playing with your pet, perhaps the bite is from a flea or tick. For example, if you were bitten during the night, it could be from a bedbug or a spider (even though these aren’t insects, we’re including them because of their bites).

Identifying insect bites based on the mark

Each species of insect leaves a specific bite or mark. So, if you pay attention to the mark, you can figure out which insect is responsible. However, the most visible symptom of an insect bite is a small, itchy red bump. 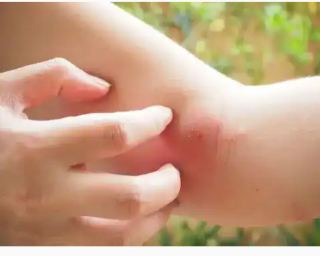 Mosquito bites are probably the best known. These are generally white dots with a red, raised circle around it.

Flea bites are similar, but usually several appear in a certain area (especially on legs).

Bedbug bites are red mounds that can blister. These form “rows” of two or three marks in a line.

Ant bites cause swelling throughout the area. These fill with pus.

Scorpion stings (again, not an insect, but worth mentioning) causes redness, pain, and numbness.

Lice bites look like a rash on their head and neck. These can be very itchy and will make you scratch your head desperately.

Spider bites depend on the species of the arachnid. If there are two small black marks, this might be from a black widow spider. However, if the rash is shaped like a bullseye, this is the sign of a brown recluse. Also, spiders can bite with all their legs at the same time and leave eight marks altogether. For example, if you’ve been bitten by a Hymenoptera, you’ll instantly feel a sharp pain, accompanied by itching and swelling. Then, you’ll see a reddish welt with a white spot in the center. The center is where the stinger pierced the skin and remains stuck.

In the case of tick bites, this parasite attaches itself to a “host” while it feeds. They don’t change their position. The bites are painless, and the only way to detect them is to observe the area.

To remove the insect, soak a cotton ball with rubbing alcohol. Then, press down on the body. The alcohol will make the tick let go of you on its own. That way, you avoid breaking its body and leaving the head inside your skin.

How to treat insect bites

In most cases, insect bites cause discomfort, redness, and itching. Usually, you can treat bites easily with available remedies, such as soap and water, ice, or special creams.

It’s very important to avoid scratching. This can cause the wound to become infected. To prevent itching, you can prepare some chamomile tea and apply it, once it cools, to the bite with a cotton ball.

If you’re allergic to an insect bite or the creature has some venom that carries a disease, the symptoms will be more intense. You’ll need to consult a doctor. However, you need to pay close attention to any changes in the skin. Also, be aware if you develop a fever or are having trouble breathing.