Uterine fibroid; Dietary modifications that may assist in the treatment 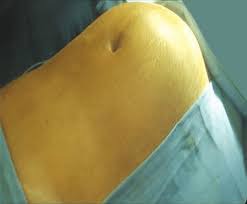 Uterine fibroids are noncancerous growths in the uterus that are prevalent. Natural therapies and dietary modifications are used by some people to alleviate the symptoms of fibroids. Do these therapies, however, work?

Uterine fibroids may not always produce symptoms, and therefore do not always require treatment. Fibroids, especially after menopause, might diminish and vanish. Fibroids can be present without a person being aware of them.

Doctors can prescribe certain medical treatments for fibroids, but some individuals choose to manage their symptoms with dietary changes and natural medications. However, there is insufficient evidence to suggest that they are effective.

Approximately one in every three females with fibroids may have symptoms such as:

Are there any natural therapies that can assist with fibroids?

Fibroids can diminish and vanish without therapy in many situations. If a person's symptoms are unpleasant or severe, a doctor may suggest treatment, which might involve birth control pills or surgery.

Although certain medicines help reduce fibroids, they are frequently associated with negative side effects. As a result, doctors usually only prescribe medications for short-term usage or to prepare for surgery.

However, there have been few studies to date that indicate whether dietary modifications or the use of herbal treatments will help cure or prevent fibroids.

In a 2016 study, researchers looked at the impact of nutrition and complementary and alternative medicine in the treatment of fibroids. It was determined that while some meals may lower the risk of fibroids, others may raise the risk. It also couldn't say if natural medications may assist.

The majority of the studies that do exist reference findings from cell cultures or animals. This implies that scientists aren't sure if the treatments will work the same way in humans.

Before medical experts can propose any supplementary medicine or other natural treatments for the management or treatment of fibroids, scientists must conduct an additional study on people.

Some specialists, however, feel that making some lifestyle adjustments might improve a person's quality of life and help alleviate some of the symptoms of fibroids, such as painful periods and sadness. Eating a healthy diet, exercising regularly, and employing relaxation techniques are just a few of the improvements that may be made.

The parts that follow go through some of the natural therapies that can help someone with fibroids.

Dietary modifications that may assist with fibroids are discussed in the sections below:

According to some studies, persons who consume a diet heavy in red meat and high energy-dense meals (items high in calories, fat, and sugar) are more likely to acquire fibroids. White meat (chicken or turkey) can be substituted for red meat (beef, ham, or lamb).

In general, substituting white meats or plant-based sources of protein, such as beans, for red meats may be beneficial to one's health. Meat has significant quantities of saturated and trans fats, which can increase cholesterol and exacerbate heart disease, according to the American Heart Association.

According to the findings of a 2011 study including approximately 22,583 premenopausal females, those who ate more fruit and animal-derived vitamin A were less likely to have uterine fibroids. They found no correlations between vitamin C and E, folate, or carotenoids.

Dairy products, fish, and meat are all good sources of vitamin A from animals.

These are some of them:

If a person's diet isn't providing enough of a certain vitamin, they should consider taking vitamin supplements.

Fibroids, alcohol, and caffeine were studied in black females in the United States in a research published in 2004. The findings showed that fibroids were linked to alcohol, particularly beer, but no relation to caffeine was discovered.