Tipping the balance towards humanity in World War Z

Tipping the balance towards humanity in World War Z 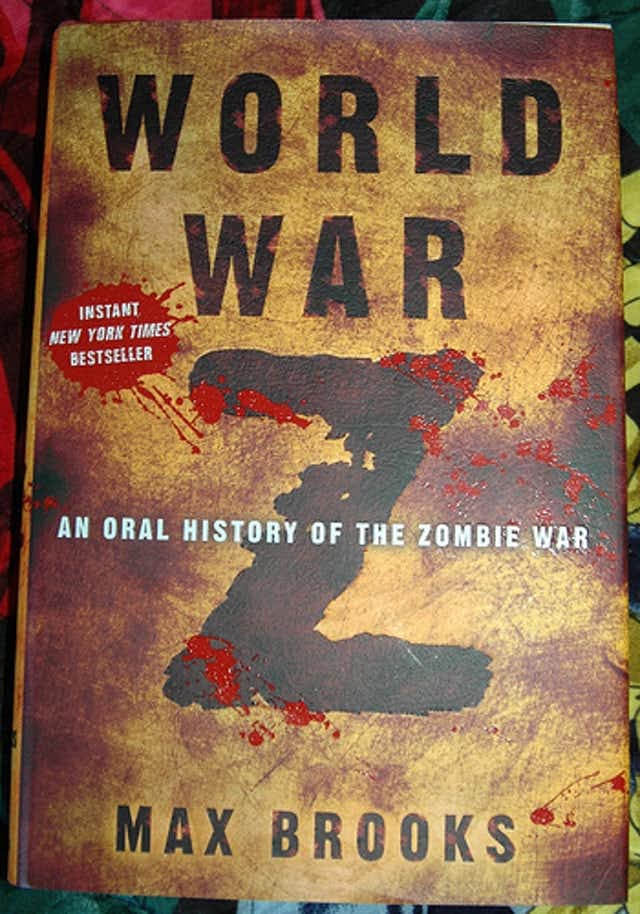 Could a dire new infection sweep the world in a matter of weeks? Might the disease be so strange that it alters the behaviour of people beyond recognition, making them predatory and fearless? Could a great city like Philadelphia be overrun in a matter of hours?

World War Z, the latest Brad Pitt action thriller, is premised on these disturbing possibilities, and there’s a seed of science in each of them. The film is loosely based on a book by Max Brooks, history major and son of film director Mel Brooks, who has said that although his book is called “World War Z: an oral history of the Zombie Wars”, it should really be called “World War Z: insert real plague here”.

The terror of a zombie plague is deftly realised in this film, with a lot of tense action and surprisingly little gore. And Pitt’s character is immensely likeable – believably a family man, surprisingly gentle under strain, practical and swiftly resourceful in the face of sudden threat.

The plot centres around seemingly inexorable logic: infection deletes personalities and creates zombies, infected individuals infect others faster than they can be killed, and the infected have lost all self-preservation intent, so can’t be awed or reasoned into stopping their destruction of humanity. 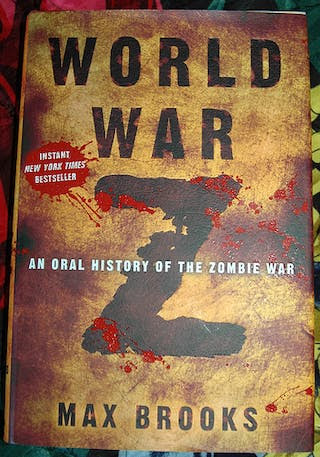 The chilling idea that a single bite can transform loved individuals into automata intent only on transmitting the infection, is reflected in some real illnesses, some of which we can’t always cure. Rabies may be transferred by a bite, and cause mania, violence, brain damage and death; and can be transferred from animals to humans.

The toxoplasma virus in mice causes them to become fearless, get in the vicinity of cats and get eaten, where the virus completes its life-cycle in the cat’s gut. Other diseases that attack human brain tissue and can change behaviour and apparent personality include neurosyphilis and CJD (Creutzfeldt–Jakob disease) - the human form of Mad Cow Disease.

Director Marc Forster has created a film that juxtaposes the personal scale with that of cataclysms of nature - lead character Gerry Lane (Pitt) reluctantly leaves his family, using all the skill and judgement that he learnt as a former UN operative, to combat a threat that is biological but mindless. And again in scenes of zombies running and flowing up and over a giant wall like a river of ants, indifferent to their personal survival, using each other’s fallen bodies as a self-growing ladder.

These two themes: critical personal choices by individuals, versus mass behaviour, are reflected in the existing mathematical literature modelling zombie attack - yes such literature does exist!

The paper, “When Zombies Attack!: mathematical modelling of an outbreak of zombie infection” by an Ottawa-based Australian mathematician and his students defined the genre when they applied standard mathematical disease-modelling techniques to a hypothetical zombie plague.

In that model, infected and non-infected persons contact and infect each other at random, at a rate which, in context, determines the demise or survival of the human race. A follow-up book, due to be published next year, includes articles by a range of academics including myself, and explores different scenarios via mathematical modelling techniques that take into account human agency, skill and choices, leading to different outcomes.

Both mathematics and films allow us to explore possibility-space: the world of what might be. The power of the human imagination, supported by the insights provided by mathematics and computer simulation, allows us to plan and prepare for the future, including major threats.

Mathematical modelling is routinely used to estimate the effectiveness of different plans for vaccination, medication, education programs, in extreme cases quarantine, and other strategies used to try to control deadly diseases such as SARS (severe acute respiratory syndrome) and TB (tuberculosis).

The latter matters more than one might expect in Australia, since the incidence of multi-drug resistant TB is high and rising in Papua New Guinea. This affects incidence a short canoe ride away in Australian territories in the Torres Strait.

When resources are limited and decisions need to be made about whom to treat and when, modelling helps decide what choices may profoundly affect the outcome. In regard to the Torres Strait, mathematics shows us that Australian treatment of PNG nationals helps keep TB-infection in Australia lower than it would be without that intervention.

The maths of zombies turns out to be not so different to that arising in the analysis of any infectious disease, with three main possible outcomes. There’s the chance that the disease infects every member of the population: in World War Z this is the zombies-win-and-humanity-is-destroyed outcome.

There’s the chance that the disease itself dies out due to death or cure of the hosts: in World War Z, this is the humans-win-and-zombies-are-destroyed outcome. And the third possibility is that rates of transmission and death or cure balance in just such a way that the disease persists in the population without overwhelming it. 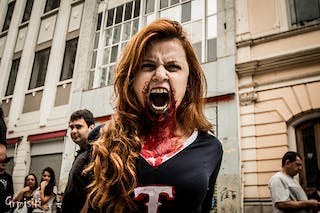 In reality, a single hero is unlikely to bring us the insight we need to survive. Grmisiti

The original Zombies Attack paper showed how the chances of the survival of humanity vary based on whether interventions such as quarantine, treatment or impulsive eradication are available.

In the film, we follow Pitt’s character through each heart-racing moment as he seeks the origin and cause of the outbreak, in the hope that he’ll find an insight that can be utilised to lead out of the scenario in which humanity is destroyed, and into one of survival.

In a real plague, could we rely on a hero emerging to bring us the insight we would need to survive? Understanding is seldom achieved quickly: it is more often built up slowly by many people working on the same problem from different points of view.

Might we be better placed to invest now in understanding all the vagaries of nature including our own human nature? World War Z is a rip-roaring good action film, with a strong enough premise behind it to give us pause to think.