Intersex! Meet people who have both male and female reproductive organ in Nigeria.

By Sanloga (self media writer) | 2 years ago

Intersex are individuals who are born with a combination or both male and female sex organ. According to the UN office of the High Commissioner for Human Rights; " intersex do not fit the typical definitions for male or female bodies".

Intersex people were formerly referred to as hermaphrodites, but the term is no longer in use, as it is offensive, discriminatory, and misleading.

In Nigeria, the story of James Johnson ( formerly known as Iyabode Abade) caught the attention of Nigerians. James began his career as a female footballer. He was however unfortunately dismissed after it was discovered that he is intersex.

James recounted that, it was a very low point in his life. Which made him sought medical help, It was found out that he was closer to male (70%) than he was to female ( 30%). At 19 he underwent surgery to become a full man.

Few months ago another Nigerian lady took to her social media to come out as intersex. 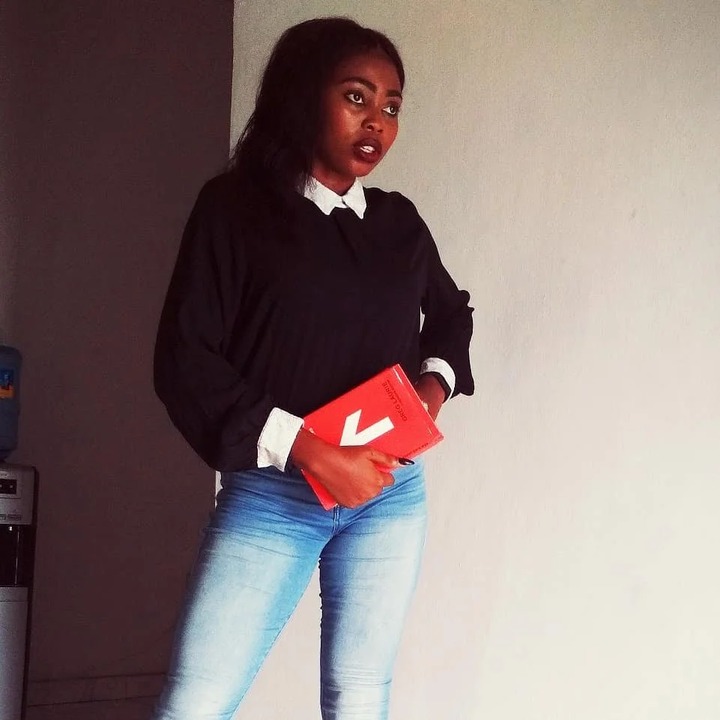 The Port Harcourt based lady known as Tee Nsofor said " I remember the night i found out i was an intersex person. Chromosomal, gonadal, and hormonal, I was neither female nor male even though my physical genitalia were female - passing. I cried and cried because i wanted to be normal so much". 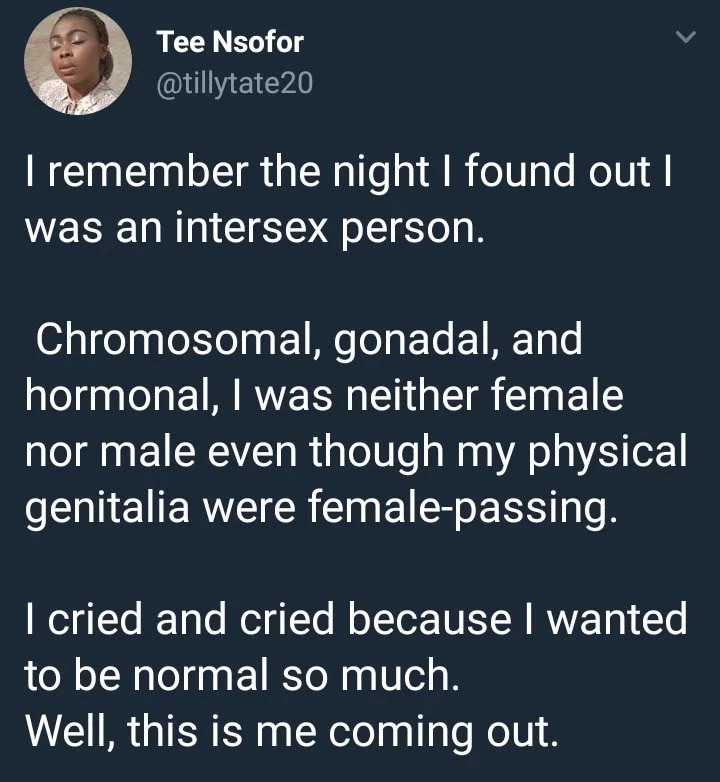 Content created and supplied by: Sanloga (via Opera News )