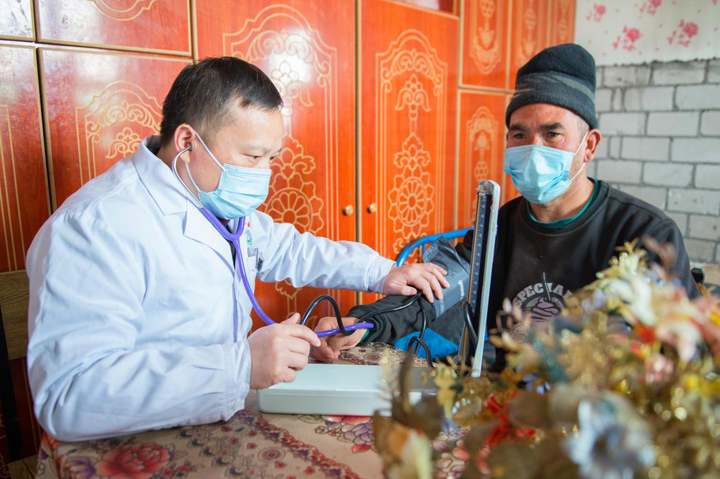 Thanks to the pairing assistance program, under which 19 provinces and cities across China have provided and strengthened all-round support for northwest China’s Xinjiang Uygur autonomous region, people of various ethnic groups in Xinjiang have enjoyed a stronger sense of fulfillment, happiness and security.

These provinces and cities have invested a total of 96.4 billion yuan (about $14.89 billion) in Xinjiang, including the Xinjiang Production and Construction Corps (XPCC), implemented over 10,000 projects in the region, and introduced a total investment of over 1,684 billion yuan from local companies, among which central enterprises invested more than 700 billion yuan in Xinjiang.

Recently, over 6,000 residents in Yamansu Kyrgyz ethnic township, Uqturpan county, Aksu prefecture of Xinjiang, received an insurance policy from the command center of east China's Zhejiang province for providing pairing assistance for Xinjiang. The insurance policy was designed to protect these people from falling into or returning to poverty because of diseases or disasters.

Zhejiang province has also launched a medical assistance project in the First People's Hospital of Aksu Prefecture. Under the project, Hong Zhaoyang, an ophthalmologist from the Zhejiang Provincial People's Hospital, has lately conducted keratoplasty in Aksu prefecture and helped two patients recover sight. 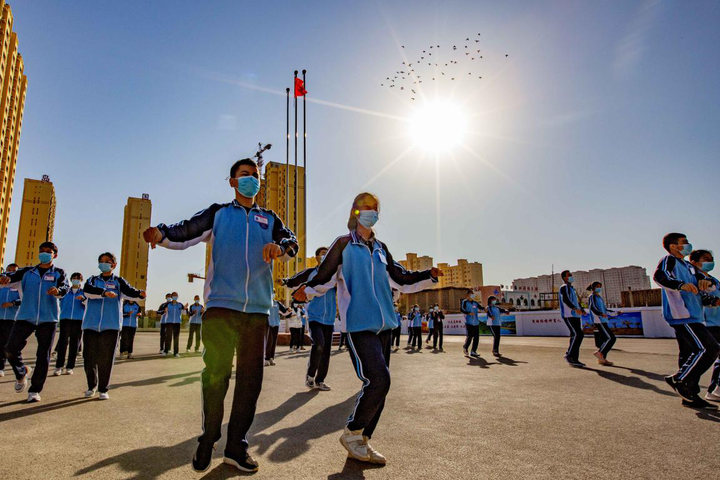 Students of a high school in Turpan, northwest China’s Xinjiang Uygur autonomous region, take a P.E. class at the school’s track and field stadium, which was built with the assistance of central China’s Hunan province, Oct. 20, 2020. (Photo by Cai Zengle/People’s Daily Online)

As a national strategy of China, the pairing assistance program represents an important part of the country's efforts to drive the reform, development, and social progress in Xinjiang and improve the livelihood of Xinjiang residents.

Since 2016, Zhejiang has selected and sent 2,772 officials and talents to Aksu prefecture and the first division of the XPCC.

From 2016 to 2020, the province rolled out 329 projects for the pairing assistance, helped Xinjiang build 24 parks of various kinds, and introduced 621 companies into the region, thus enabling 200,000 locals to secure jobs in or near their hometowns.

Since 2012, the policy of providing comprehensive, targeted and long-term assistance for Xinjiang has continued to gather momentum, and many new technologies and means have therefore been widely applied, infusing robust vitality into the development of Xinjiang.

To promote solid progress in assisting Xinjiang with industries, Zhejiang has creatively carried out three projects in recent years, namely building stores in cities in Zhejiang for the sale of agricultural products from Xinjiang, establishing factories in villages of Xinjiang to generate jobs for locals, and introducing new agricultural plant varieties and technologies to facilitate production in Xinjiang. 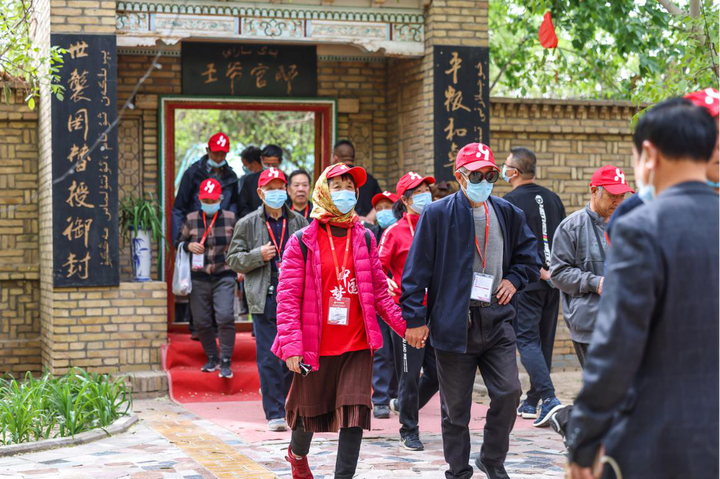 Visitors from east China’s Zhejiang province tour around Kuqa King’s Palace, a scenic area in Kuqa, northwest China’s Xinjiang Uygur autonomous region, April 22, 2021. Under the arrangements of the command center of Zhejiang province for providing pairing assistance for Xinjiang, over 1,400 tourists took a special train from Zhejiang to Xinjiang to travel in the region. (Photo by Yuan Huanhuan/People’s Daily Online)

Focusing on such fields as logistics, warehousing, and branding in Xinjiang, Zhejiang has established a sales network for farm produce from Xinjiang, which covers all areas in Zhejiang province and can sell products to the whole country.

Difficulties can always be surmounted, said officials who have been sent to aid Xinjiang, adding that they are pleased that residents in Xinjiang have shaken off poverty and become better-off, patients have got well, and the number of local talents has kept rising.

Providing pairing assistance for Xinjiang requires both introducing resources and funds to the region and empowering the locals with means to prosper, which makes it important to enhance the foundations of and build platforms and mechanisms for helping Xinjiang cultivate a local team of talents and force for development. Provinces and cities that have paired up with Xinjiang to help the region have made great efforts in this regard.

During the past five years, a total of 180,000 officials in Xinjiang took part in training sessions provided by Zhejiang province.

The Zhejiang Provincial People’s Hospital, an important participant in the endeavors of helping build up Xinjiang’s medical service capacity, has sent many senior medical experts to Aksu prefecture and launched innovative mechanisms to improve and upgrade local hospitals.

Meanwhile, the hospital has invited 120 medical workers from Aksu prefecture and provided them with further vocational studies.

Considering development an important foundation for long-term stability and security in Xinjiang, China believes that Xinjiang will certainly embrace a brighter future as it continues to bring into play the geographical advantages of the region and unleash the strengths of its pairing assistance program.

Redeploy us to the South" NYSC Medical corps members cry out for redeployment from the North.

N-power: I scored 25% But My Score Was Reduced to 5%- Candidate laments

No Nigerian Is Performing Hajj This Year As Saudi Arabia Adds Vaccination To Eligibility Criteria.

As some Yorubas in Canada engaged in the June 12 protest, see what was written on their placards

Check out photos of Destiny Etiko with Mr Ibu, Yul Edochie, Brodashaggi and others.