8 Everyday Habits That Can Damage Your Brain

By Olaoyin6 (self media writer) | 7 days ago

The human brain is the most important organ in our bodies, and we often forget that it requires exercise and a nutritious diet to function correctly. According to a WebMD article, cultivating positive behaviors while avoiding the following bad ones can help prevent brain damage and keep it healthy. 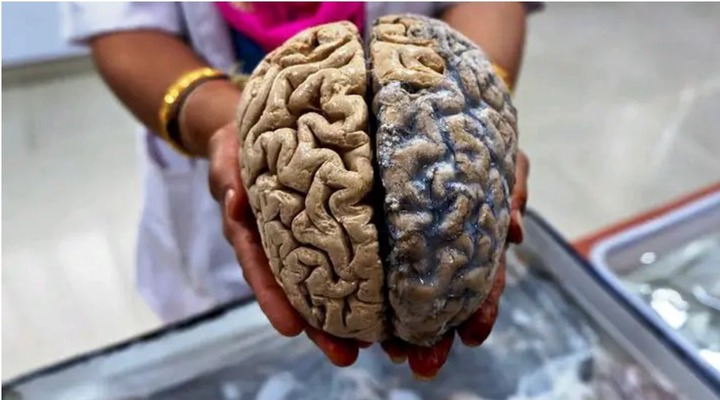 Certain seemingly innocent daily practices can injure the brain in such a way that they create permanent damage.

Sleep deprivation reduces the brain's ability to operate properly. Sleep deprivation has been linked to cognitive issues. Certain brain cells die without enough sleep, making it more difficult to remember things. Inadequate sleep or sleep interruptions can also lead to psychological disorders. As a result, make sure you receive your seven hours of beauty and seven hours of brain-friendly sleep every day.

When the brain isn't working properly, we overeat, and when the brain is working well, overeating causes brain damage. Overeating causes cholesterol plaques to grow and blood vessels in the brain to thicken, resulting in reduced blood supply to brain cells. The natural functioning of the brain may be harmed. Alzheimer's disease has been connected to binge eating.

Obesity develops, which has a negative impact on our self-esteem and confidence, as well as the risk of depression and other psychological problems.

To function properly, your brain requires the appropriate nourishment at the right time. To save time in the morning, most of us avoid or skip breakfast due to our fast-paced lifestyles.

As a result, the brain receives insufficient sugar and minerals. The brain requires pure glucose to function correctly. Poor nutrition has long-term consequences for the brain, including cell degeneration.

According to healthline, Sugar is included in the majority of our foods and beverages, whether we realize it or not. The ability of the brain and body to absorb proteins and nutrients has been proven to be impaired when refined carbs are consumed. Malnutrition and mental illnesses such as decreased memory, learning impairments, hyperactivity, and depression are caused by poor nutrition.

Smoking is unquestionably one of the most dangerous habits we have, as it not only causes lung and heart disease, but also causes brain cell shrinkage, which can lead to dementia, Alzheimer's, and even death. Tobacco use causes indirect neuroinflammation, which can lead to the autoimmune illness Multiple Sclerosis (MS).

6. Sleeping with a pillow over your head

Sleeping with your head covered raises carbon dioxide levels and lowers oxygen levels in the blood.

When the brain's oxygen supply is insufficient, the brain's ability to operate suffers. You may feel suffocated and sleep deprived, resulting in fatigue and lethargy.

We frequently develop ill when we are overworked. If we continue to work when sick, the brain's effectiveness will undoubtedly diminish. This will just make the situation worse.

Our brain and body already work extra to combat the virus when we are sick. Working on a sick day can only make things worse.

Flexibility and mobility are improved by exercise. Mobility and the brain's ability to move, as well as stability and motor abilities, decline without enough exercise.

Exercising helps us stay young by producing joyful hormones called endorphins, according to extensive studies. Exercise is beneficial to the heart and lungs in addition to the brain.