10 deadliest diseases in the world

By Kachilean (self media writer) | 25 days ago

When people think of the deadliest diseases in the world, their minds probably jump to the fast acting, incurable ones that grab headline from time to time. But In fact, many of these types of diseases don't rank in the top 10 causes of worldwide deaths. An estimated 56.4 million people passed away worldwide in 2015, and 68 percent of them were due to diseases that progressed slowly. In this article we will be looking at the top deadliest diseases according to World Health Organization (WHO). 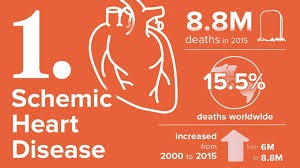 The deadliest disease in the world is coronary artery disease (CAD). Also called ischemic heart disease, CAD occurs when the blood to vessels that supply blood to the heart become narrowed. Untreated CAD can lead to chest pain, heart failure, and arrhythmias.

A stroke occurs when an artery in your brain is blocked or leaks. This causes the oxygen deprived brain cells to begin dying within minutes. During a stroke, you feel sudden numbness, and confusing or or have trouble walking, and seeing. If left untreated, a stroke can cause long term disability.

A lower respiratory infection is an infection in your airways, and lungs. It can be due to, influenza, or the flu, pneumonia, bronchitis, and tuberculosis.

Respiratory cancer include caners of the trachea, larynx, bronchus, and lungs. The main causes are smoking, secondhand smoke, and environmental toxins, but household pollutions such as fuels, and mold also contribute.

7) Alzheimer's disease, and other dementias

8) Dehydration due to diarrheal diseases

Diarrhea is when you pass three or more loose stools in a day. 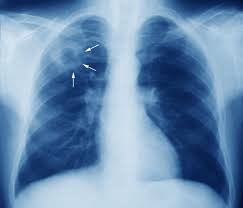 Cirrhosis is the result of chronic or long term scarring, and damage to the liver.

Content created and supplied by: Kachilean (via Opera News )