Signs And Symptoms Of Stroke In Men And Women

By NurseKike (self media writer) | 27 days ago

You must have heard about this common condition that affects both men and women and could be wondering how it occurs and what are the signs to look out for? This article describes stroke and its symptoms in both men and women. 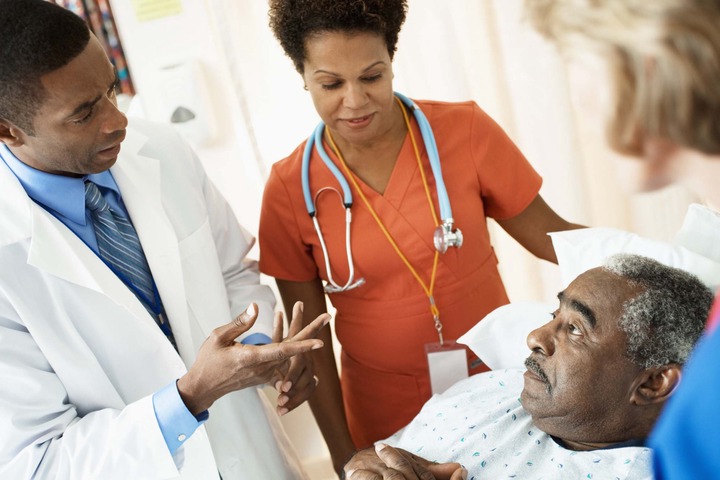 When a blood artery in the brain ruptures and bleeds, or when the blood supply to the brain is cut off, a stroke ensues. Blood and oxygen are unable to reach the brain's tissues due to the rupture or obstruction.

Brain cells and tissue are damaged and begin to die within minutes of being deprived of oxygen. Examine the effects of a stroke on the human body.

Symptoms of a stroke

The decrease of blood supply to the brain causes harm to the brain's tissues. The body parts controlled by the damaged portions of the brain show symptoms of a stroke.

-numbness or weakness in the arm, face, or leg, often on one side of the body; difficulty speaking or understanding speech; slurred speech

-vision difficulties, such as difficulty seeing in one or both eyes, vision that is darkened or fuzzy, or double vision, difficulty walking, and loss of balance or coordination are all examples of vision problems.

-a severe, unexpected headache with no recognized cause

A stroke necessitates rapid medical assistance. If you or someone else thinks they're having a stroke, request for emergency right away. The following outcomes can be avoided with prompt treatment:

-injury to the brain

-death due to long-term disability

When dealing with a stroke, it's better to be safe than sorry, so don't be reluctant to call for emergency if you think you know the symptoms. Act quickly and learn to spot the indications of a stroke.

The signs and symptoms of a stroke in women

Women are more likely than males to experience a stroke throughout their lifetime.

While some stroke symptoms are the same in men and women, women are more likely to experience them.

Women are more likely to experience the following stroke symptoms:

-Breathing difficulties or shortness of breath

-Seizures can cause you to pass out or lose consciousness

Because women are more likely than males to die from a stroke, it's critical to recognize one as quickly as possible.

The signs and symptoms of a stroke in men

According to the National Institutes of Health, males are more likely than women to have a stroke in their earlier years, but they are less likely to die from it.

Some of the signs and symptoms of stroke are the same in men and women. Some stroke symptoms, however, are more common in men. They include:

-Drooping on one side of the face or an uneven smile are examples.

-On one side of the body, you may have arm or muscle weakness.

While some symptoms may differ between men and women, both must be able to recognize a stroke and get help as soon as possible.

Content created and supplied by: NurseKike (via Opera News )