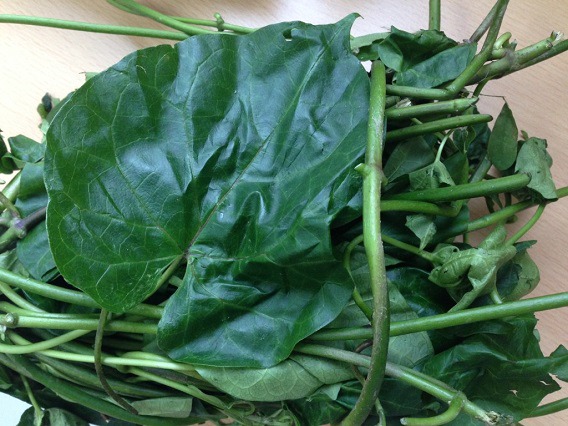 One night on my way home from work, I observed I had back ache and pile, so I decided to buy scented leaf known as efinrin. When I explained to the scent leaf seller that I was having back ache and pile, she encouraged me to buy one other leaf in addition to what I earlier requested. Lo and behold, it was magical after eating this leaf. The name is Utazi.

Utazi is a common leaf in Igboland, infact most Ibo women include it in their traditional meals especially the soups. But I doubt if most of them actually know the medicinal and health benefits Utazi leaf has.

Utazi (Gongronema latifolium) just like other tropical plants is highly medicinal and has been used over the years traditionally; in the treatment of various ailments and diseases.

Utazi leaf used for treating and relieving pain caused by bruises, cuts, inflammation, rashes etc. Prepare a paste of the leaf and applied to the affected area (external application). Also aqueous extract of the leaf can also be taken to provide relief from internal pain.

Gongronema Latifolium is good for management of diabetes; because its useful in maintaining healthy blood glucose level.

A decoction of the roots, combined with other plant species administered for treating sickle cell anaemia.

Gongronema Latifolium has anti-ashmatic potential. Asthmatic patients can chew the fresh leaves of G. latifolium to relieve wheezing; while a cold maceration of the roots of the plant, consumed as treatment for asthma.

The stem bark extract of Gongronema Latifolium has equally reported to have anti-ulcerative property. 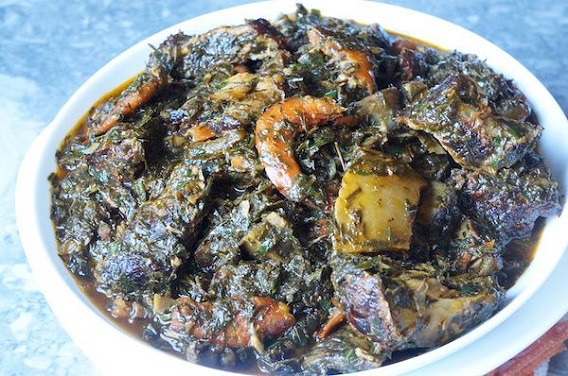 Aqueous extract from Utazi leaf used to treat malaria. Gongronema Latifolium has antiplasmodal activity, this supports the traditional use of the leaf extract of the plant for local treatment of malaria.

G. latifolium, used to treat cough in Nigeria. The leaves when chewed raw or infused with hot water can act as a fast relief for catarrh, congested chest, running nose and cough.

G. latifolium, used for cleansing the womb and treat abdominal pain after childbirth. Lactating mothers can use utazi to control their body weight as well as maintain a healthy body system.

Utazi leaves can promote the detoxification actions of the liver. Used for the treatment of viral hepatitis and also bilharzia. Also for prevention of drunkenness; because it neutralises the intoxicating properties of alcohol and likewise its harmful effects on the liver.

Utazi leaves aid digestion by stimulating the digestive system. It stimulates the flow of bile; and also increases appetite for food. Juice extracted from Utazi leaves can used in the home treatment of sore gums, colic, dyspepsia, loss of appetite, stomach ache, constipation, dysentery as well as intestinal worms.