By OlayinkusTv (self meida writer) | 1 months 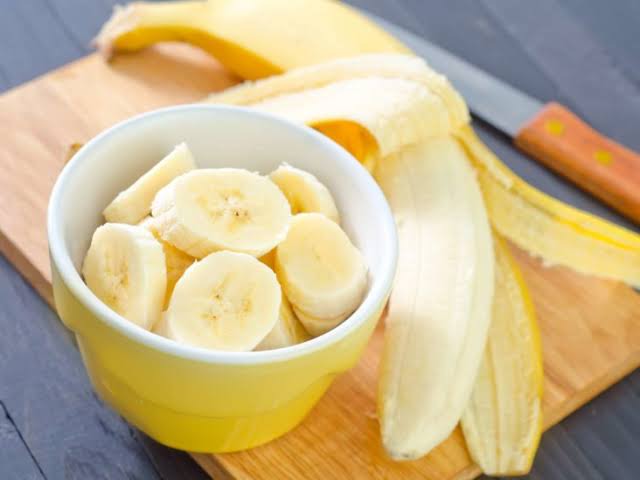 Bananas are helpful to the cardiovascular system. They're rich in potassium, an electrolyte mineral that keeps electricity flowing throughout your body, which is necessary for your heart to beat. According to the FDA, bananas' high potassium and low sodium content can help protect your cardiovascular system from high blood pressure.

The potassium in bananas is also related to arterial effectiveness, according to a 2017 animal study conducted by researchers at the University of Alabama; the more potassium you have, the less likely your arteries are to harden. In the report, mice on a low-potassium diet had tougher arteries than mice on a high-potassium diet. Stitches in the arteries

Bananas may not be overflowing with calcium, but they are still helpful in keeping bones strong. According to a 2009 article in the Journal of Physiology and Biochemistry, bananas contain an abundance of fructooligosaccharides. These are nondigestive carbohydrates that encourage digestive-friendly probiotics and enhance the body's ability to absorb calcium. 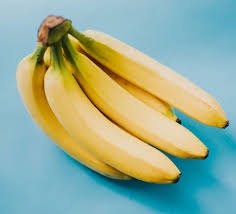 Bananas may be more effective than sports drinks at replenishing energy and electrolytes. Male cyclists participating in long-distance cycling races were the focus of a 2012 study published in PLOS One. Athletes who refueled with Gatorade every 15 minutes were compared to athletes who refueled with a banana and water. The athletes' performance times and body physiology were identical in both cases, according to the researchers. The banana's serotonin and dopamine, on the other hand, strengthened the athletes' antioxidant potential and decreased oxidative stress, resulting in improved overall efficiency.

Carrots may get all the credit for keeping your eyes healthy, but bananas also play a role. The fruits have a small but significant amount of sugar.

Some evidence suggests that moderate consumption of bananas may be protective against kidney cancer. A 2005 Swedish study found that women who ate more than 75 servings of fruits and vegetables cut their risk of kidney cancer by 40 percent, and that bananas were especially effective. Women eating four to six bananas a week halved their risk of developing kidney cancer.

Bananas may be helpful in preventing kidney cancer because of their high levels of antioxidant phenolic compounds.

While not exactly a health benefit, a study published by The Royal Society found that the potassium in bananas is correlated with women giving birth to baby boys. The study looked at 740 women and saw that those who consumed high levels of potassium prior to conception were more likely to have a boy that those who did not.

Bananas may also help prevent gestational diabetes. Lack of sleep during pregnancy can contribute to gestational diabetes, according to a meta-analysis published in Sleep Medicine Reviews. But the magnesium and tryptophan in bananas can help ensure a good night's rest.

Health Risks of eating too much of bananas

Bananas have no major negative side effects when consumed in moderation. Overeating the fruits, on the other hand, can cause headaches and sleepiness, according to Flores. She says that "the amino acids in bananas that dilate blood vessels" cause such headaches. These amino acids are found in greater abundance in overripe bananas than in other bananas. "The high amount of tryptophan found in bananas can also lead to sleepiness when consumed in abundance," she said. Magnesium also relaxes the muscles, which is a gain and a risk at the same time.

Since bananas are a sugary fruit, eating too many of them and not practicing good dental hygiene can result in tooth decay. They're

fruit, which is often eaten uncooked, while "plantain" refers to a starchier fruit that is often cooked before eating.

Ecuador is the leading producer of bananas worldwide, followed by the Philippines. Bananas are produced in other tropical and subtropical areas of Asia, Africa, and the Americas, as well as the Canary Islands and Australia.

Wild bananas grow throughout Southeast Asia, but most are inedible for humans, as they are studded with hard seeds.

Content created and supplied by: OlayinkusTv (via Opera News )

10 Body Parts You Damage Without knowing

5 Celebrites That Opened Up About Their Infertility Issues

As You Wake Up This Morning, Please Say This Prayer