By @theprincelyx (self media writer) | 2 years ago 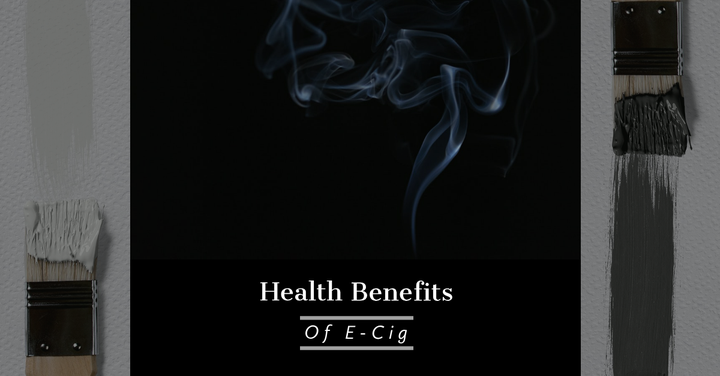 Humans have always had a flair for smoking, or let me in a more polite form say, staying warm, through enhanced means. The human race, an ever evolving denomination has grown through time on the various smoking means. Let me quickly add that “A long time ago, doctors even recommended that people smoke to cure other illnesses (Sara Bellum, 2009).” Smoking culture, thanks to advancement in medicine, has faced a lot of changes that are not only noticeable but commendable. Smoking a century ago was different from smoking, fifty years ago. And smoking from fifty years ago is relatively different from smoking nowadays. In a bid to reduce smoking induced fatality rate, science and medicine has introduced what we know as e-cigarettes. The question is what an e-cigarette is?

Electronic cigarettes (e-cigarettes) are products that deliver a nicotine-containing aerosol (commonly called vapor) to users by heating a solution typically made up of propylene glycol or glycerol (glycerin), nicotine, and flavoring agents. Invented in their current form by Chinese pharmacist, Hon Lik in the early 2000s, the US patent application describes the e-cigarette device as “an electronic atomization cigarette that functions as substitutes [sic] for quitting smoking and cigarette substitutes (Grana R. et.al 2013)”

Lots of smokers look at the price of an e-cigarette – usually starting at about $20 – and compare that to what a pack of cigarettes costs; then they carry on smoking. That’s understandable, but it’s also a costly mistake. A pack of cigarettes is a disposable item; you buy them, you smoke them and they’re gone. A refillable e-cigarette is different. You buy it, then as long as you keep it supplied with liquid and replacement parts it will give you months or years of service. The initial cost of the kit will pay for itself in days; spend that $20 now and by the time you need to get another $5 bottle of liquid you will already have saved yourself the cost of four or five packs of cigarettes. The average long-term vaper spends as much on liquid and new coils every week as they did on cigarettes in a day. Even with a bit of trial and error to find the equipment and flavors that work best, you can save hundreds of pounds in the first couple of months (Fergus, Mason. 2016)

One of the major reasons people use this product is to fight tobacco addiction, and the subsequent health hazards that ensue from using it. This is because tobacco is absent in e-cigs and is mainly just filled with nicotine. There have been questions raised on the addictive nature of this substance too. However, in 2015 Public Health England carried out the most detailed study of vaping that’s ever been done, and their conclusion was pretty decisive – electronic cigarettes are at least 95% safer than the old-fashioned kind. A lot of people think this means they will kill 5% as many of their users. If this was true it would still be fairly impressive, but in fact there’s no evidence so far that e-cigarettes have the potential to kill anyone. That 5% potential risk includes the “danger” of nicotine addiction; it isn’t actually clear that nicotine, when separated from tobacco, is addictive at all (Fergus, Mason. 2016)

Since 2009, FDA has pointed out that e-cigarettes contain “detectable levels of known carcinogens and toxic chemicals to which users could be exposed (U.S Food and Drug Administration, 2009)” But this is only a probable demerit in the pool of merits, especially when weighed against the traditional smoking means.

There has been no known, totally safe means of doing anything, and this does not exempt smoking. However smoking advancements readily tackle the hazards faced by smokers, reducing the health risks, and helping them keep longer, healthier lives. Vaping is a major smoking advancement, why should anyone not vape to live longer?

Content created and supplied by: @theprincelyx (via Opera News )