Do You Know That A Woman Can Be Born Without Uterus & Other Reproductive Organs? Here's What Happens

By Kingjoan (self media writer) | 2 years ago

It might shock you to find out that you have "Mayer Rokitansky Kuster Hauser Syndrome"(MRKH) and you keep wondering what it is or why it's name is this long. Well this is so, because it's a condition named after all of the doctors who discovered it. And apart from being overwhelmed with the name, feeling confused or scared about having MRKH is just normal. However, the best thing for you to do, is to feel relaxed and relieved in order for you to know what you'll do and also the reasons why you don’t have periods.

Well Mayer Rokitansky Kuster Hauser Syndrome(MRKH), is a disorder which occurs in females and mainly affects their reproductive systems. Also, this condition causes the vagina and uterus to be premature or underdeveloped, or even absent even if external genitalia are normal. However, it noticed that affected women usually do not have menstrual periods due to the absent of uterus, thereby becoming a major cause of infertility in most women. 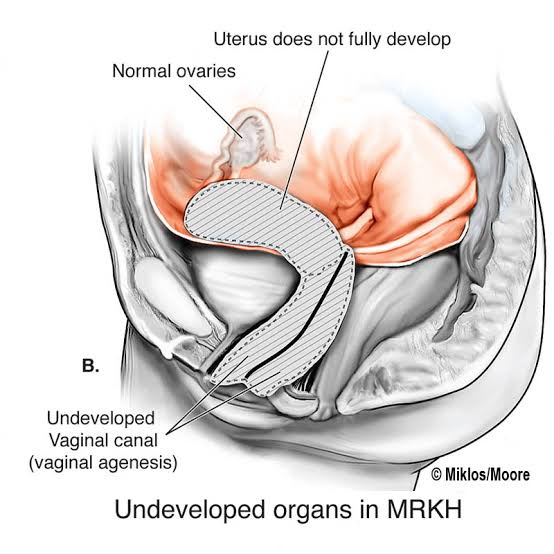 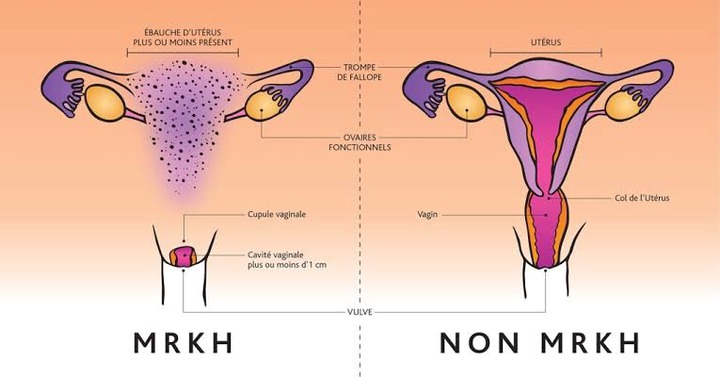 Also, the first noticeable sign of MRKH syndrome is the absent of menstruation during the age of 16 and it's often called the "Primary amenorrhea". Even though the woman develops normal secondary sexual characteristics at puberty for example: breast development and pubic hair, she will still not have a menstrual cycle.

However, the range and severity of MRKH syndrome varies greatly as it affects approximately 1 in 4,500 newborn girls. This disorder is generally broken down into two types namely: Type 1 and Type 2.

This is when only the reproductive organs of the women are affected.

Women with this type, experiences abnormalities in other parts of their body like in the skeleton, kidneys being formed abnormally(positioned), or one kidney failing to develop i.e "unilateral renal agenesis".

Signs and symptoms of MRKH

The signs and symptoms of MRKH varies greatly as most women may end up not having any signs nor symptoms.

1. The first noticeable sign is absent of menstruation during the age of 16

4. Some heart defects are noticable

5. Only the uterus and upper vagina are abnormal, while the fallopian tubes are unaffected noticable in type 1 MRKH.

Well, the exact cause of MRKH syndrome is still unknown but some due to some observations, it was found to occur randomly i.e sporadically due to the involvement of non-genetic or environmental factors like: gestational diabetes or exposure to a teratogen, which is an agent that can disrupt or affect the development of an embryo in the womb. Studies also found out that MRKH syndrome is a genetic disorder which is inherited as an autosomal dominant trait with incomplete penetrance and variable expressivity. 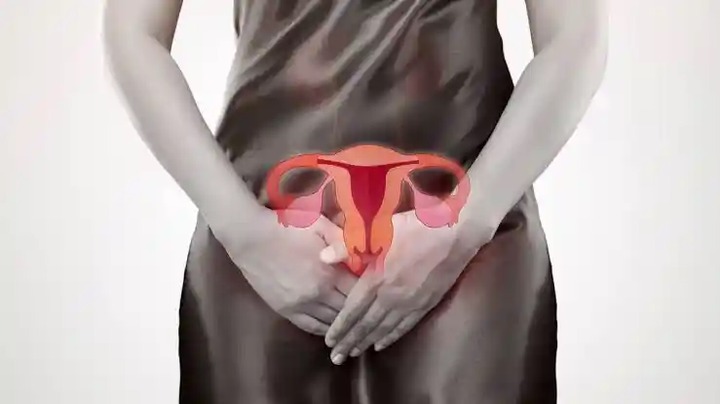 However, this genetic disease is determined by the combination of two genes for a particular trait which are on the chromosomes received from both parents i.e (father and mother).

If you notice any signs nor symptoms of MRKH, it's best you see your doctor so he can run some test on you and know the best approach to use.

Content created and supplied by: Kingjoan (via Opera News )