'I am sorry for the way I treated the beggar child, I have been looking for her'- Omotara apologised

By Nazarene (self media writer) | 1 year ago

Omotara: I feel sorry for the way I treated the beggar child, I have been looking for her but I don't know where she is.

Nigerian celebrity blogger Omotara has lamented her unethical behavior towards a beggar child.

In a video posted on the Internet, Omotara was seen pouring a drink away in the face of the child while the child ran after her car begging for a taste of the drink as Omotara's friend recorded the scene on phone and it provoked outrage of people.

In an interview with reporters, Omotara said that since the night the video was released she has crying and could not sleep.

Omotara said: '' I just want to apologize because everything that happens just were just unexplainable. I just don't know what to do now. " 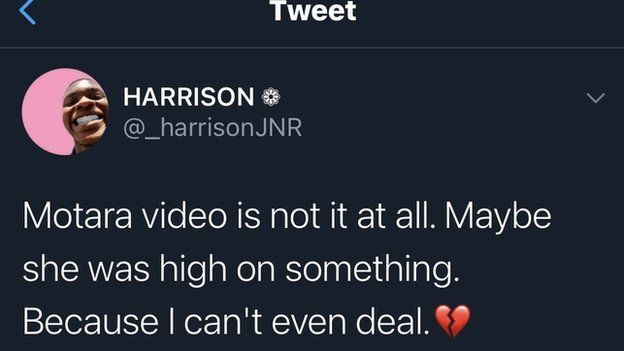 ''I've been looking for the child ever since that day. I went on Monday, Tuesday, till now as I'm talking, I'll go and find her."

She said as she was looking for the child she was always going with something to give her but have not met her.

Omotara said: ''Everything I carry like a bottle of fruit wine or juice I always give it to those I see there''.

''The child was taken back to the North."

What happened in the past?

The incident happened in the neighborhood of Ketu. Lagos residents were shocked when they saw a video of her in a car pouring a drink away in boy's face.

Motara mocked the boy as she begged for energy drink and ran after the car.

According to Omotara's statement, the child was an almajiri.

"When I got back there I realized how bad my behavior was," Omotara told reporters.

''I saw the rest of the beggars and they abused me," she said. I beg them not to be angry with me. "I don't know."

"I was also born without a silverspoon, and I am still a Christian. How much do I have?"

Why would I want to intentionally mock the cild.

Motara seemingly kicked against the rules of Twitter and Instagram which has to do with "insulting or harassing another" or "Respecting each other's opinion on Instagram."

These regulations prohibit one from slandering another on the Internet.

So far, the French have been listening to Omotara's comments on Twitter and are very angry too.

Omotara loses a lucrative job because she mocks a begger with a drink.

The disrespect of a young online celebrity who has lost a lucrative job in a Nigerian brewery.

The statement came as a video of her taunting a beggar in the car during a traffic jam.

On the site, a person known as Motara posted a video of herself mocking on a girl who was begging her.

Motara let the girl run after her cat because just so she could drink a little of the drink.

Nigerians have reacted angrily to the video, with some cursing her for it.

This video came out a few days after Motara wrote a story on her handle explaining how things were difficult for her and her mother to the point that they hawk on the street before things turned around and she became rich.

Motara, a resident of Ibadan, explained that she was just playing with the girl and that she later give her money.

But this information does not seem to please the energy companies that Motara mocks the child with. 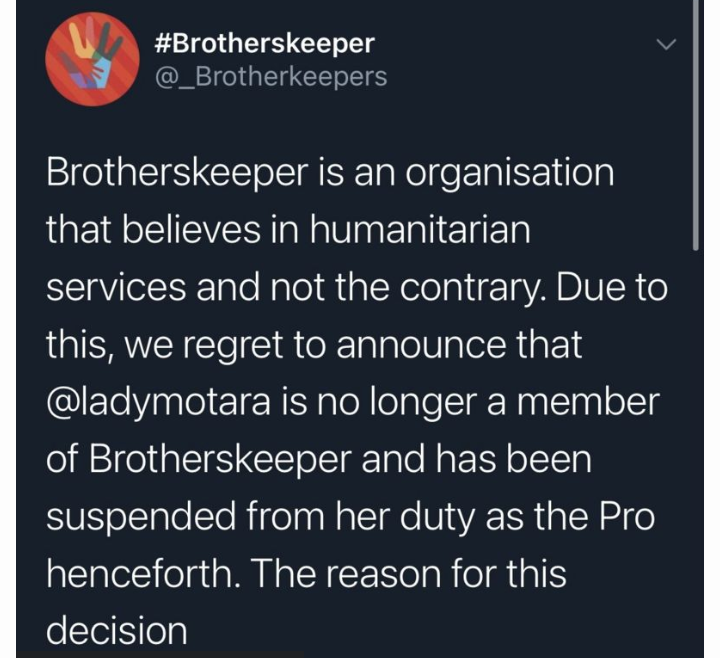 The Brothers Keeper, which produces the drink, which Motara is involved with in the video, has made it clear that they will stop this popular online celebrity as its ambassador and spokesperson.

The company lamented that what Motara did was against the beliefs and goals of the company.

In response, Motara sent a message of apology to her fans and loved ones saying she thought what she had done would bring laughter but she apologize.

In any case, Nigerians are looking for a way to get the beggar girl off the streets and send her to school. 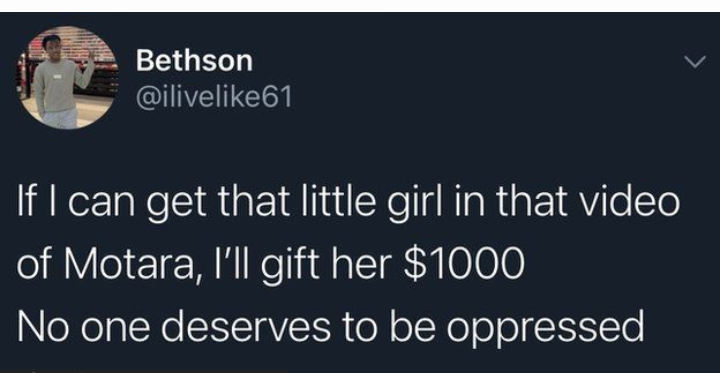