For Always Disturbing The Sleep Of The Neigbours, This Woman Learnt The Hard Way! (Fiction) 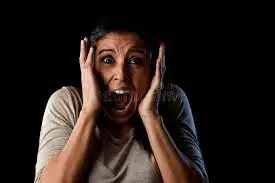 There are really weird things happening in life, believe it or not.

One of these weirdness is the intervention of spirits in the day to day life of people.

We often hear that there are spirits about, moving to and fro. They will not touch you if you don't touch them, or so we're told.

Well, I don't know about that.

But there's this very strange and curious event I heard of recently.

It was the encounter that a certain woman had that shook her to her bones and left the neigbors in wonder.

This woman was a very hard-working housewife selling pepper and tomato just outside her house where she lived with her family.

Aside from selling those vegetables, she also operated a grinding machine because the two businesses went side by side. Most people who buy pepper and tomatos also need to blend them.

And that was the annoying part of the business. Imagine running a grinning machine at 10p.m or 11p.m in the dead of night!

The neigbors complained and appealed to this woman for weeks and months, but she would not listen. She said most of her customers were working class people and often returned late from the respective jobs.

"If I don't grind their pepper for them, what do you want them to do?" she retorted. "What if they get upset and stopped being my customers?"

Anyway, this woman went on doing what she was doing, until one fateful night.

She'd stayed out late as usual, attending to customers and grinding pepper for them with the whirring of the engine sounding for miles around.

By the time she finished attending to the last customer, it was 12 Midnight. She parked up and went into her house.

Then a knock came on the door.

The woman was surprised, and asked who it was.

"I want to grind pepper," came the reply.

The woman paused and thought about it. Her husband told her not to go outside again, that it was already too late.

So she spoke out to the unknown person outside, asking him to come back in the morning. 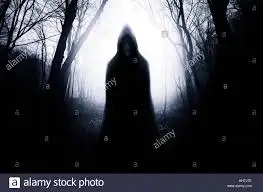 There was silence. Then about a few minutes later, the knock came again.

The woman sat up in bed, frowning now. She asked who it was again.

"It's me," replied the same voice from outside her door. "I said I want to grind pepper."

What!? The woman couldn't believe it.

"I said go and come back in the morning," she yelled. "I can't attend to you now, I've closed."

Again, there was silence. The woman went back to sleep. Then a few minutes later, another knock sounded on her door.

This time, the woman was upset.

"I said I want to grind pepper!" answered the same person outside.

Angrily, the woman jumped down from the bed and stormed towards the door. She was going to see who it was and send him away for good.

When she opened the door, what she saw was a dwarf person, very dark and ugly looking, gawking at her evilly.

The woman screamed and ran back into the house. Her husband rushed to meet her, wondering what happened.

The dwarf was nowhere to be seen when the husband himself went outside to check.

Some people said the dwarf that came to her door was a spirit being, that his visit was a warning because the woman's late activities was also disturbing the spirits.

Anyway, that encounter filled the woman with dread and from that day, she never stayed out till dark attending to customers.