Rare eye diseases They are very rare pathologies, with a prevalence of less than five cases per 10,000 inhabitants. Most of these rare eye diseases have a strong genetic basis and can stabilize or progress due to environmental factors that can be influenced.

Rare eye diseases have a high diagnostic complexity, affect vision progressively, and cause significant disability because, in addition to the eye, other vital organs may be affected.For all this, it is essential to start with a correct diagnosis to be able to administer treatments if they exist. Otherwise, preventive and palliative measures will be sought to help curb deterioration and delay the impact on vision as much as possible. 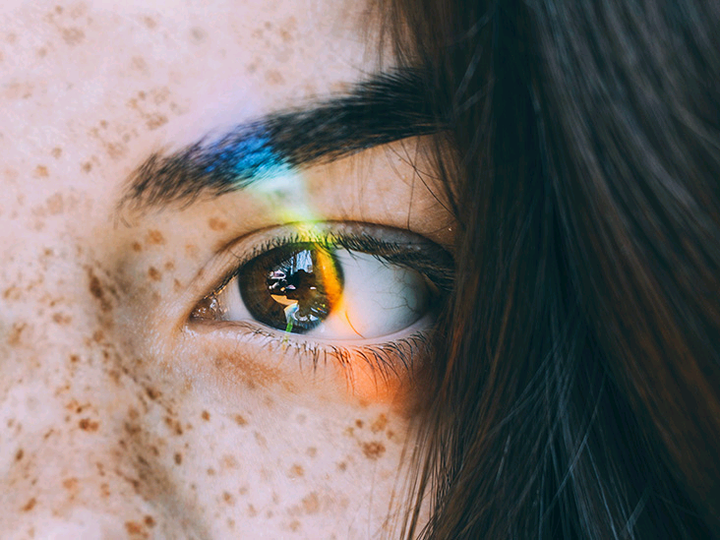 Retinosis pigmentary It encompasses a heterogeneous group of genetic diseases that primarily affect canes and cones and the retinal pigment epithelium and cause degeneration and loss of these photoreceptors. The initial symptoms of the disease are: night blindness, poor adaptation to contrasts of light and darkness, and progressive loss of the visual field.

Even if it's one rare eye disease, the uveitis It is one of the top three preventable causes of blindness in the world. It manifests with variable inflammatory processes and of different gravity, which can affect the anterior chamber of the eye, the vitreous cavity or the posterior segment. Its origin may be due to multiple factors, such as infections or autoimmune processes. And although they usually affect only the eye, they can also be linked to systemic disorders like some rheumatological diseases.

is a rare eye disease characterized by the appearance of thick and dry scales on the surface of the skin. In the most severe cases, it can affect eye health, causing alterations in the eyelids and corneal surface with a high risk of sequelae and visual loss.

is a genetic eye disease characterized by the partial or complete absence of the iris, the colored ring that surrounds the pupil.The most common symptoms are low vision, photophobia, and glare, but it can also be the origin of other eye health problems such as cataracts, glaucoma, strabismus, etc.

This term encompasses a heterogeneous group of rare eye diseases that are non-inflammatory and have a genetic origin that are rare. They can be divided into three groups depending on the affected area: epithelium, stroma or endothelium. Most corneal dystrophies have no systemic manifestations, present with different opacities of the cornea, and have slow progression.

It is caused by inflammation of the blood vessels in the retina. It can occur as an isolated phenomenon, be associated with rare eye diseases or other systemic diseases. It is the third most common cause of neovascular glaucoma, an especially severe type of secondary glaucoma that can cause pain, redness, significant loss of visual acuity, corneal epheme, and pupil deformation.

The importance of early diagnosis in rare eye diseases

In general, rare eye diseases start at an early age and do not usually respond to initial treatments or progress despite them. In many cases, there is a family history of blindness or eye involvement.

Based on suspicion, the patient is evaluated by the specialized clinical unit (child ophthalmology, retina, eye surface, cornea, neuropathies) to perform a phenotyping or clinical diagnosis aided by biological, functional and imaging tests. Laboratory and genetic testing may also be necessary. Because the diagnosis is complex, other non-offalmologist specialists often collaborate.

Content created and supplied by: Melarh98 (via Opera News )