3 Reasons why you should stop eating wheat (OPINION)

By Dammywrites (self media writer) | 2 years ago 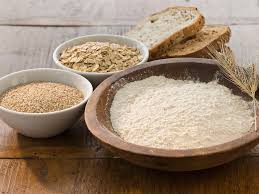 So many people have replaced their day to day meal with consumption of wheat, so many people living withi one health condition or the other believe that wheat is the best food for them not knowing some harmful effect of wheat to the human body, you may need to read this article to know if you should keep eating wheat or not.

1. Wheat contains gluten: protein that causes inflammation, a systemic process that has harmful effects across all the organ systems in the body including the brain, heart, joints, eyes and digestive tract. As a matter of fact, inflammation does not only precede all degenerative diseases like diabetes, cancer, stroke, glaucoma, arthritis and Parkinson’s disease, but also fuels their insidious progression.

A review paper in the New England Journal of Medicine listed 55 diseases that can be caused by eating gluten-containing foods. The diseases include osteoporosis, anemia, cancer, canker sores, fatigue, rheumatoid arthritis and multiple sclerosis. The paper also linked gluten to many psychiatric and neurological diseases including depression, schizophrenia, dementia, nerve damage, epilepsy and autism. The paper concluded that there are 120 or more diseases associated with eating foods that contain gluten. Dr. Joseph A. Murray, MD states that he is surprised how often gluten affects the brain.

Another study by Dr .J. Robert Cade, MD of the University of Florida showed that people with autism and schizophrenia have high level of peptides in their urine. These peptides, according to Dr. Cade, come from casein (protein in milk and other dairy products) and gliadin and gluten in wheat, barley, oats and rye.

Another study of 30,000 patients analyzed from 1969 – 2008 reported in the journal of the American Medical Association found that people diagnosed with gluten-sensitivity had a higher risk of death from cancer and heart disease than the normal population. Worse still, the bulk of wheat being consumed in the country is the American hybrid strain, which has much higher gluten content than the European wheat.

2. its high Glycemic Index GI: Glycemic Index is a scale that ranks carbohydrate rich foods by how much they raise blood sugar level compared to low glycemic foods. Wheat has GI of 71 compared to yam and sweet potato with GI of 49 and 54 respectively. Invariably, eating food with high GI like wheat regularly promotes weight gain and makes diabetes intractable.

According to Dr. Mark Hyman, MD “wheat is a major contributor to obesity, diabetes, cancer, dementia, depression and many modern ills.” If one may ask, what is the science behind the recommendation of wheat as a meal to fight high blood sugar? Also, many people do not know that wheat, which is being promoted as a “healthy” food, is one of the most acid-forming foods. What are the health implications of eating acid forming foods?

3. Wheat and other acid-forming foods lower the body pH and deplete oxygen level in the cells and tissues, which is the primary cause of all diseases. In other words, if wheat causes low pH that triggers diseases, eating wheat and its products is akin to adding fuel to fire for people battling with one health challenge or the other.

What are the physiological effects of low pH on the body organs? Eyes are the first victims of degenerating effects of low pH and its consequences include cataract, glaucoma and other forms of visual impairment. Also, low body pH makes the heart overwork by robbing the blood of proper oxygenation and causing irregular heart beat and systemic degeneration of the heart muscle and blood vessels, which can ultimately lead to heart attack and stroke. The brain and nerves also malfunction when the body pH is low (acidic pH).

Furthermore, acidic pH undermines the vital functions of the pancreas –production of insulin for glucose metabolism and digestive enzymes for synthesis of protein. Yet, the dysfunction of the pancreas triggers diabetes and cancer, with the former setting the stage for the latter. A joint report by the American Cancer Society and the American Diabetes Association noted that people with type 2 diabetes have high risk of developing cancers of the liver, pancreas, colon and bladder. Acidic pH causes clogging of the colon with acid wastes resulting in chronic constipation, which makes healing of any health challenge impossible.

• Sweet potato. Note that wheat in moderation is ok and harmless for some people as this advice is only useful to those who have Celiac disease as they are usually allergic to gluten. Symptoms of Celiac disease are, signs of diarrhoea, anemia, bone pain, numbness of the arms or limbs, stiffness of the bone, severe skin rash (Dermatitis Herpetiformis). U can as well go for blood test and biopsy to confirm if you are celiac disease positive and to confirm inflammation of the small intestine. Apart from this others who are not celiac positive may as well be sensitive to wheat, barley, rye and oat which are major constituent of brewed alcohol in brewery with other additives that triggers diabetics. To free yourself from this fearful ambiguities, eat enough organic, probiotics and plenty of fruits, legumes, vegetables and proteins for cells and tissue rejuvenation. Avoid too much of polysacharides and disacharides found in most starchy food as they as well affects the lining of your stomach and intestine wall and there by increase the stomach and intesinal acidity that allows d growth of bacteria to thrive. This is to hint on the danger inherent from drinking or soaking of Garri and other uncooked or semi cooked starch poses a lot of health hazards due to its harsh acidity on the stomach to heighten ulcer and it chances. Such starchy foods and grains also deplete d body cells oxygen supply, ages d skin tone, firmness and texture with time. If you must eat fruits, wash them thoroughly before you do Your health is your wealth and greatest asset. I have as well at a time followed a very popular doctor's advice which almost cost me my life as many out there die out of seemingly unknown but simple course which requires simple solutions. "Them say them say," ignorance is not an excuse as we are now in an age of resourceful information at your fingertip. Avoid been ill informed. Before you eat anything or change your diet do extensive findings and research and consult enough dietitians and medical experts.

Content created and supplied by: Dammywrites (via Opera News )