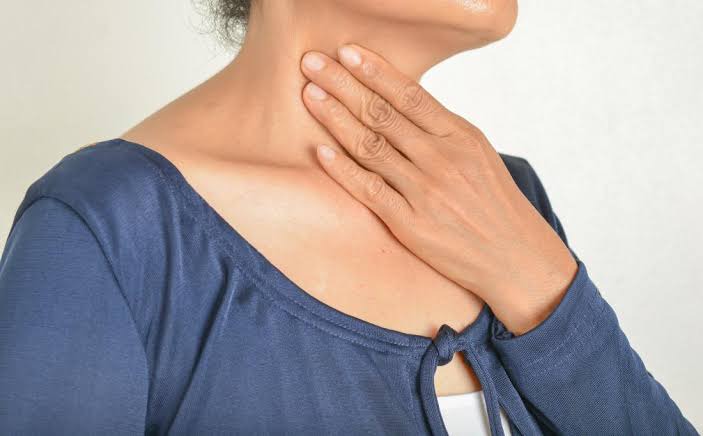 The sensation of a bolus in the throat is characterized by a discomfort in the throat that in some cases can even cause difficulty in breathing.

In most cases, this symptom occurs only due to the presence of throat clearing, but it can also occur for other more serious reasons, and it is important to look for a general practitioner, or a gastroenterologist, when the sensation is very uncomfortable.

The following are the most common problems that can cause a feeling of a lump in the throat and what to do:

Emotional reactions such as stress and anxiety can cause symptoms such as a feeling of sore throat, nausea and vomiting, feeling of tightness in the chest, muscle tension or tremors, for example. 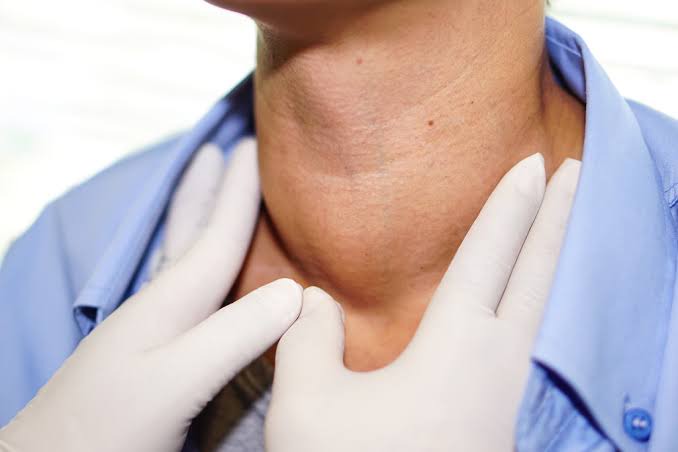 Gastroesophageal reflux consists of returning the contents of the stomach to the esophagus, towards the mouth, which can cause pain, burning and inflammation and a sensation of lump in the throat. The intensity of the symptoms depends on the acidity of the stomach contents and the amount of acid that comes into contact with the mucosa.

How to relieve: to reduce the pain and discomfort that acid causes in the throat, treatment usually consists of administering acid-inhibiting drugs such as omeprazole or esomeprazole or antacids, like aluminum hydroxide, magnesium hydroxide and sodium bicarbonate, that should be used as directed by the doctor.

How to relieve: if the lump in the throat occurs due to thyroid problems, the best thing to do is to consult the endocrinologist, who will request tests to check the functioning of the gland and, thus, start the most appropriate treatment. 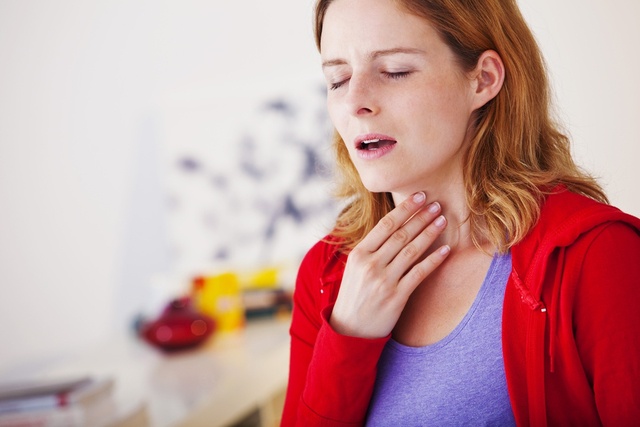 Glottis edema, also known as laryngeal angioedema, can arise in the event of a severe allergic reaction, which is characterized by a swelling in the throat region, causing a sensation of lump in the throat and difficulty breathing.

How to relieve: in case of glottis edema, medical emergency should be immediately taken to avoid respiratory arrest and, consequently, death.

Myasthenia Gravis is a disease that can cause, among other symptoms, weakness of the neck muscles that leave the head hanging forward or to the side. This change in muscle strength can sometimes cause a feeling of a lump in the throat.

How to relieve: treatment for myasthenia gravis consists of the use of drugs that allow greater control of the muscles, and the performance of surgery to remove the thymus, which is a gland that is related to the immune system, which in some cases can improve quality of life of the patient. 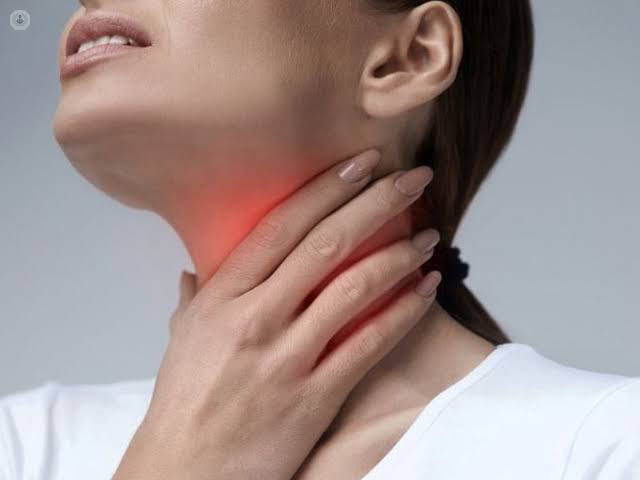 Myotonic dystrophy is a genetic disease that is characterized by difficulty in relaxing the muscles after a contraction, with the muscles most affected being those of the face, neck, hands, feet and forearms. Thus, it is likely that people with this disease have a feeling of a lump in the throat.

How to relieve: treatment for myotonic dystrophy may include the use of medications such as Phenytoin, Quinine, Procainamide or Nifedipine, which relieve muscle stiffness and pain caused by illness and physical therapy, which leads to increased muscle strength. 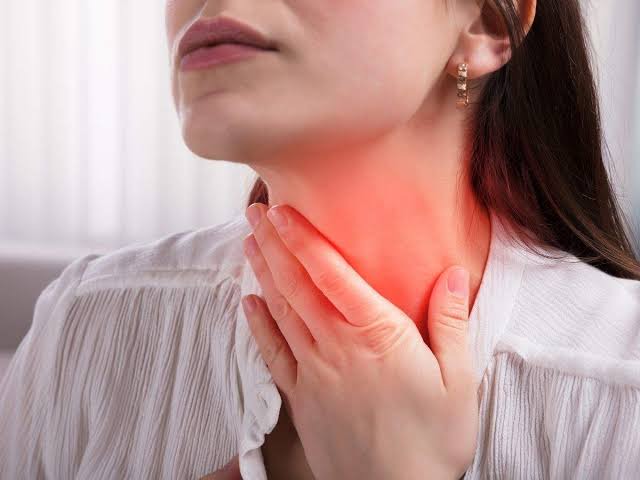 In more severe cases, the sensation of a ball in the throat may be due to neck cancer, which is usually accompanied by other signs and symptoms, such as lump in the region, hoarseness, difficulty swallowing, frequent choking, weight loss and malaise general.

How to relieve: if the cause of the sensation of a lump in the throat is a tumor, the doctor must carry out the treatment taking into account the stage of the cancer and the medical history of each person.