By DrEnimofe (self media writer) | 19 days ago

Motor neuron disease is an uncommon disorder that causes sections of the nervous system to deteriorate over time. This causes muscle weakening and atrophy, which is typically noticeable. This condition and its symptoms is further described in this article. 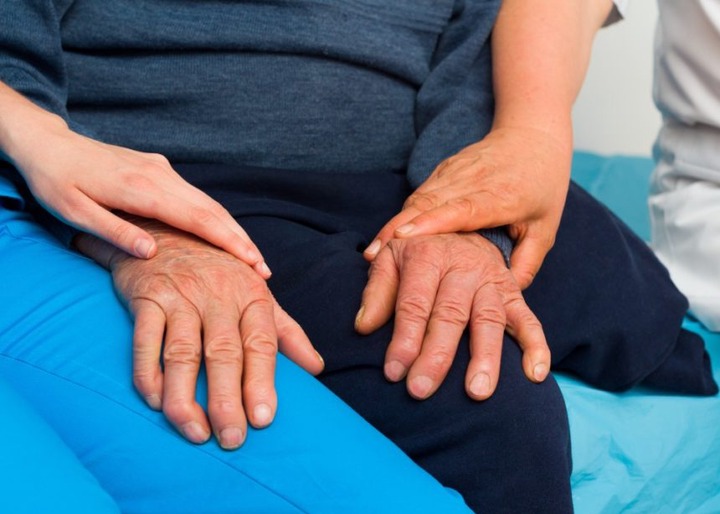 Motor neuron disease, commonly known as amyotrophic lateral sclerosis (ALS), is a condition in which motor neurones, which are nerve cells in the brain and spinal cord, stop operating properly. Neurodegeneration is the term for this.

Gripping, walking, speaking, swallowing, and breathing are all controlled by motor neurons.

People with motor neuron disease will find some or all of these tasks increasingly challenging as the disease advances. They may become impossible at some point.

What causes motor neurons to stop working properly is unknown. There is a family history of either motor neuron disease or a related disorder called frontotemporal dementia in roughly 5% of cases. Familial motor neuron disease is the name for this condition. Faulty genes have been found as a substantial contributor to the development of the illness in the majority of these individuals.

Motor neuron illness manifests itself first in specific sections of the body before spreading throughout the body.

If you have the typical early symptoms of motor neuron disease, you should see your doctor as soon as possible. Specialist treatment has been shown to improve overall survival.

The signs and symptoms usually follow a three-stage pattern:

-the stage of development

The first signs and symptoms of motor neuron disease usually appear gradually and quietly. It's easy to confuse early symptoms with those of a variety of unrelated nerve system disorders.

This is a disease that affects the legs.

The arm or leg is the site of the earliest symptoms in around two-thirds of persons with motor neuron disease.

This is also known as limb-onset disease. A weaker grasp, which can make it difficult to pick up or hold objects, is one of these symptoms.

weakness in the shoulder, making it difficult to extend the arm above the head; tripping up over a foot due to ankle or hip weakness

These symptoms are often painless, although they may be accompanied by widespread muscle twitching (fasciculations) or muscle cramps, as well as obvious muscle atrophy with severe weight loss.

This is a type of disease that develops in the

In a quarter of cases, the muscles utilized for speaking and swallowing are the first to be affected. The initial sign of this type of motor neuron illness is increasingly slurred speech (dysarthria), which might be misinterpreted as a stroke.

Dysphagia (difficulty swallowing) may develop as the illness worsens, leading to a misdiagnosis of a throat blockage.

In exceedingly rare circumstances, motor neuron disease affects the lungs from the beginning rather than at the end of the disease. Respiratory-onset disease is the term for this.

Initial symptoms, such as breathing difficulty and shortness of breath, can be noticeable in certain situations.

Other symptoms, such as waking up frequently during the night because the brain is briefly deprived of oxygen when lying down, are less evident. The next morning, the person may feel exhausted and unrefreshed, with a headache.

As the disease progresses, the distinctions between the various types of disease become less apparent as more bodily parts and functions are impacted. The rate at which the ailment spreads varies, but for an individual it normally stays the same (that is, it does not accelerate up, but neither does it slow down).

Symptoms of the muscles

The limbs become weaker with time, and the muscles in the limbs may appear to be wasting away. As a result, moving the affected limbs will become increasingly difficult.

Muscle stiffness is also a possibility. Spasticity is the medical term for this condition. Joint aches and pains can be caused by muscular wasting and stiffness.