Avoid Making This Mistake- 'BEEN' and 'BEING' Are Not The Same, See The Simple Differences

By GistManiak (self meida writer) | 9 months

The word ‘Be’ is an irregular verb and the two forms of this verb ‘be’ are been and being that are popularly and commonly mistaken to be the same during its usage.

In simple words, ‘being’ refers to someone or something which is presently existing. It can also be used to describe someone's action or behavior.

Practically analysis on 'Being'

This virus killed many human beings in the city. (Used for existing persons)

Cynthia is being rude to me.(describing a behavior)

She is being crucified for it.( Describing an action)

Practically analysis on 'Been'

Oliver has been my friend for many years. (Describing past situations)

She has been so angry and sad. (Describing events that already occurred)

He has never been to my house. (Describing past situations)

Many of us usually mistaken these while writing or speaking but after carefully the information above,you would then understand the differences and their usage. 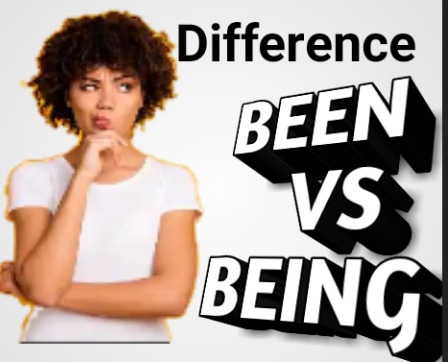 Please like,share and follow my profile for more contents.

Content created and supplied by: GistManiak (via Opera News )