Pregnancy and Pelvic inflammatory disease: here's what you need to know for healthy fertility.

By Harkandemic91 (self media writer) | 1 year ago

Pelvic inflammatory disease (PID) is an infection of a woman’s reproductive organs that’s often spread by sexual contact. PID symptoms can include a dull pain in the lower abdomen, yellow or greenish vaginal discharge, and irregular periods. If not treated properly, PID can come back again.

What is pelvic inflammatory disease (PID)? 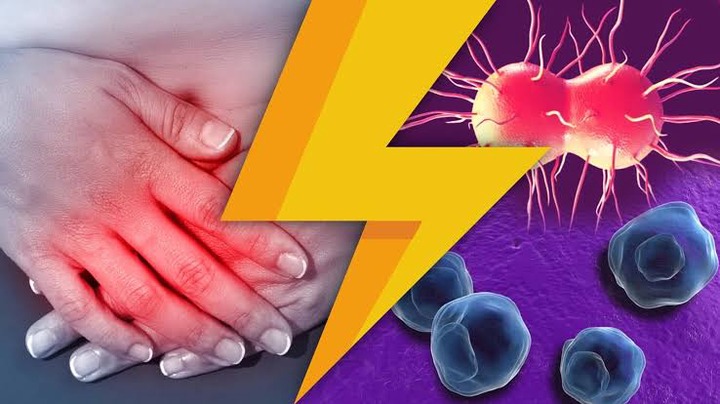 Each year, more than 1 million women in Africa have an episode of PID. As a result of PID, more than 100,000 women become infertile (unable to have a baby) each year. In addition, a large proportion of the ectopic (tubal) pregnancies that occur each year can be linked to PID. The rate of infection is highest among teenagers.

What are the risk factors for pelvic inflammatory disease (PID)?

• Women with sexually transmitted diseases — especially gonorrhea and chlamydia — are at greater risk for developing PID.

• Women with many sexual partners are at greater risk for sexually transmitted diseases and PID.

• Women who have already had PID are at higher risk for another episode.

• Sexually active teenagers are more likely to develop PID than are older women.

Some studies suggest that douching may contribute to PID. Douching may push bacteria into the upper genital tract and may mask the discharge that could cause a woman to seek medical attention.

What are the complications of pelvic inflammatory disease (PID)? 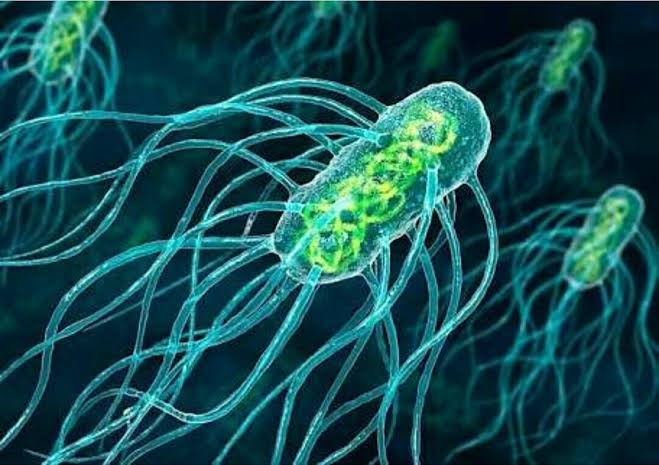 Repeated episodes of PID can result in scarring of the fallopian tubes, which can lead to infertility, ectopic (tubal) pregnancy, or chronic (long-term) pelvic pain. Among women who have had PID, 1 in 8 have difficulties getting pregnant.

Normally, the cervix prevents bacteria that enter the vagina from spreading to the internal reproductive organs. If the cervix is exposed to a sexually transmitted disease — such as gonorrhea and chlamydia — the cervix itself becomes infected and is less able to prevent the spread of organisms to the internal organs. PID occurs when the disease-causing organisms travel from the cervix to the upper genital tract. Untreated gonorrhea and chlamydia cause about 90% of all cases of PID. Other causes include abortion, childbirth, and pelvic procedures.

What are the symptoms of pelvic inflammatory disease (PID)? 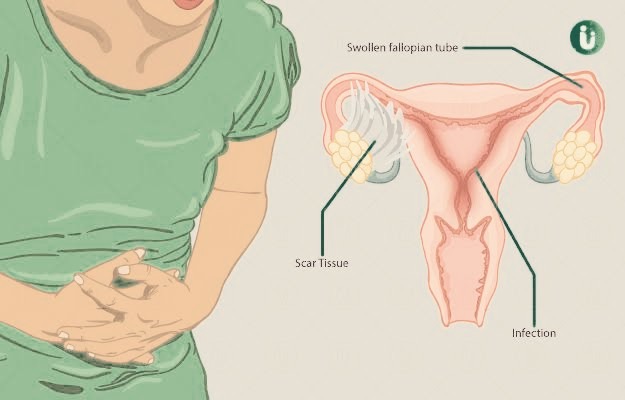 The symptoms of PID can vary, but may include the following:

• Dull pain or tenderness in the stomach or lower abdominal area, or pain in the right upper abdomen(though this is much less common).

• Abnormal vaginal discharge that is yellow or green in color and has an unusual odor.

• Spotting or cramping throughout the month.

How is pelvic inflammatory disease treated?

If the findings of your exam and tests suggest PID, your doctor will begin treatment immediately. The initial treatment for PID usually consists of one or more antibiotic medications taken by mouth (orally). If treatment is not effective, if you cannot take antibiotics by mouth, or if the infection is severe, you may need to be hospitalized to receive medication intravenously (directly into a vein).

If you're diagnosed with PID, your affairs partner(s) also must be treated. Otherwise, PID will likely come back when you have intercourse again.

How can pelvic inflammatory disease be prevented?

There are a few steps you can take to avoid PID, including:

• Seek treatment immediately if you notice signs of PID or any sexually transmitted disease, including unusual vaginal discharge, pelvic pain or bleeding between periods.

• Have regular gynecologic check-ups and screenings. Many cervical infections can be identified and treated before they spread to your internal reproductive organs.

For more health tips: kindly follow my page to re-quip you with health related articles and don't hesitate to like, share and comments in the box below