"Some women are Dangerous": See People's Reaction as Lady Ties Chicken Limb Around Her Waist

By Fungist (self media writer) | 2 years ago

Many People reacts to picture of Lady tying Chicken limb and snail shell around her west. 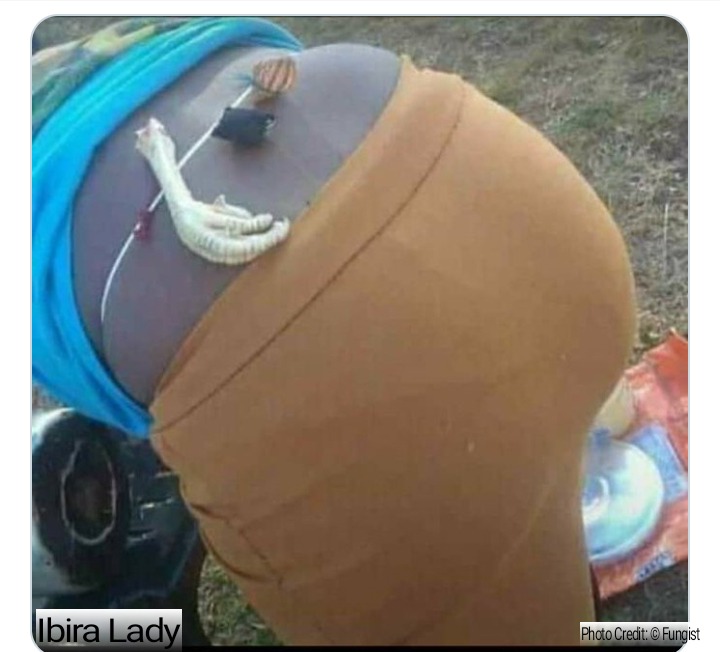 There have been a mixed reaction after unusual picture of Lady suspected to be Okene indigene, surfaced on the internet. On the picture, a lady was seen tying chicken limb, snail shell and a black object around her waist.

A social media user, Sega Link, uploaded the picture in his Twitter account a with a caption; "The Okene people may have contributed to the body of knowledge as per preventive measure against rape, but this can’t be our National Response for the limping chickens’ sake. The declaration of a state of emergency on rape is the answer. Domesticate VAPP Act." 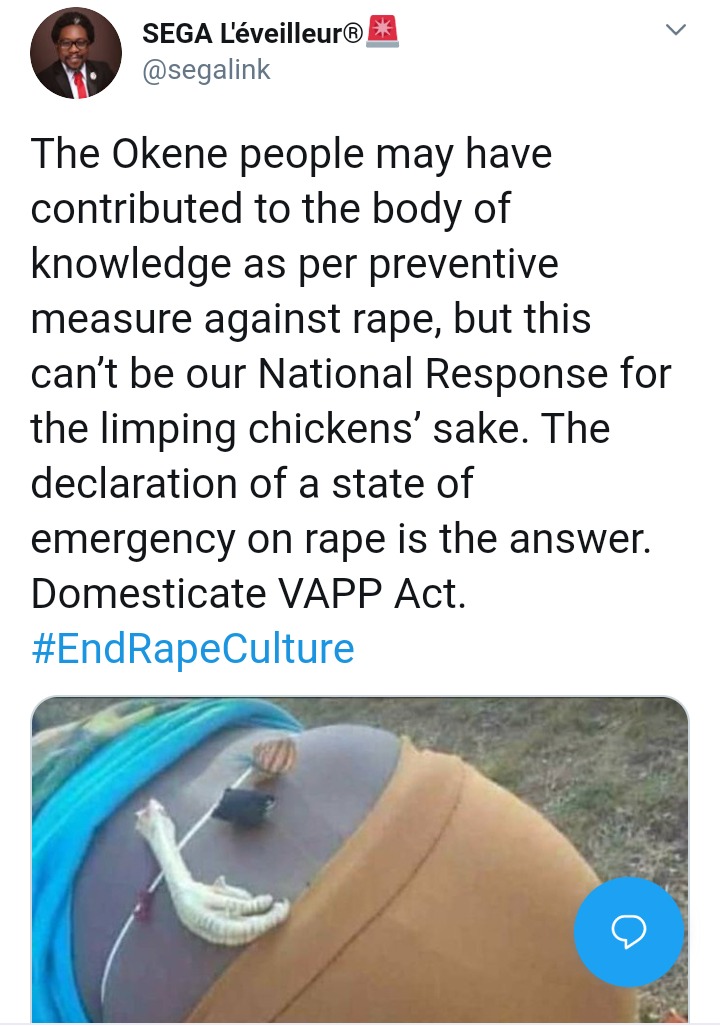 Reacting to the picture, a Twitter follower revealed that the lady is from Ebira in Igara tribe, because tying Chicken limbs around waist is one of their culture. While another follower stated that the chicken limb signifies thunderbolt "Magun", a traditional method which protects women from any form of sexual harrassment.

Vicky Wrote: Some women are dangerous".

Jamesmally wrote: It's ebira to be precise.... But I think this particular one is the igara tribe!".

ADD wrote: "Prof. This is thunderbolt "magun", just as you trust sango to do justice to the petty thief shielding fellow thieves in Govt. Magun will do same to rapist, the lady version may be touch and turned fowl." 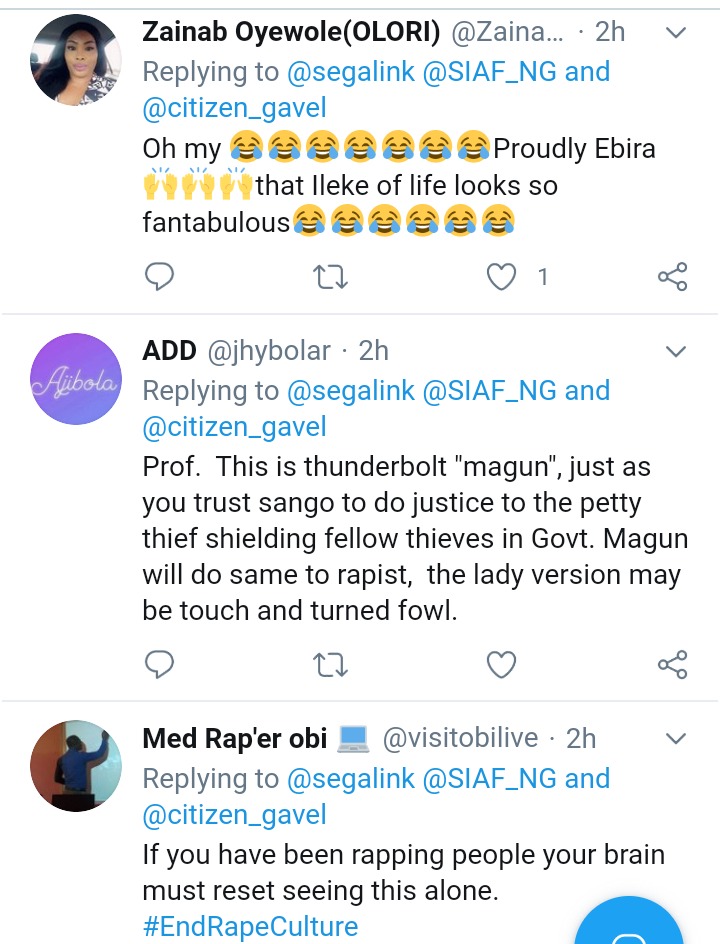 Med Rap: "If you have been rapping people your brain must reset seeing this alone."

Michael: "Anybody way climb this one life go spoil straight".

Dido: "Wow. Even if this thing no mean anything just tie am. Boys go humble." 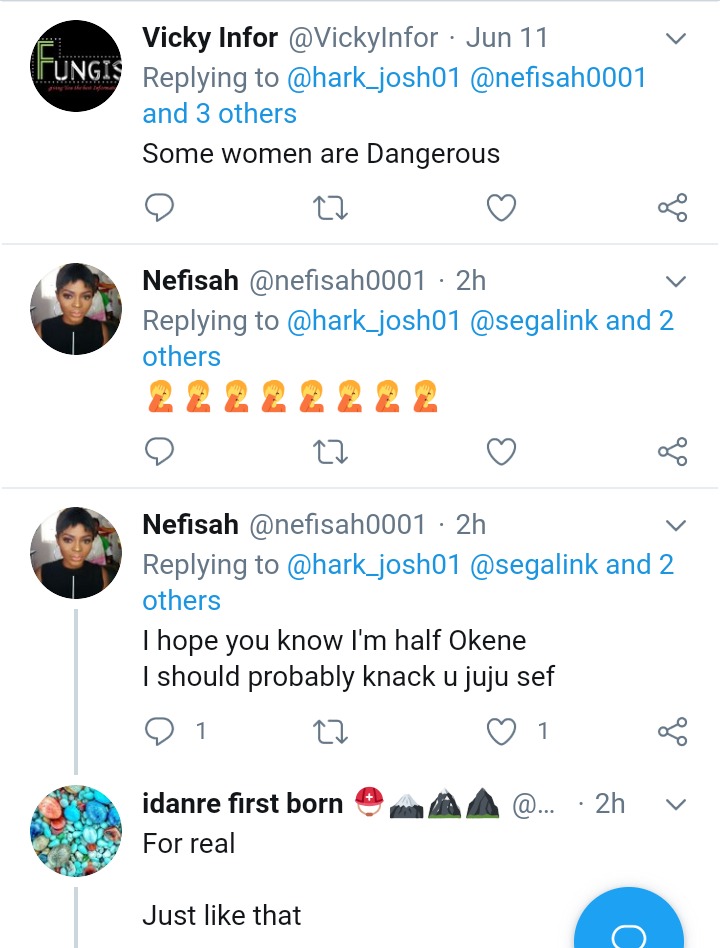 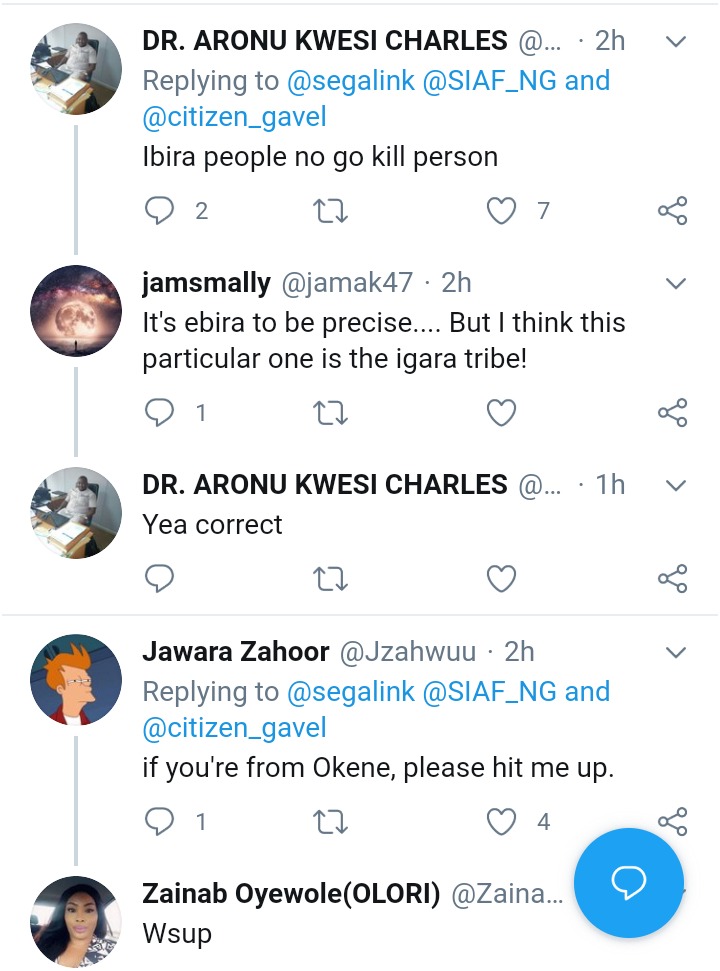 What do you think of the Picture?.