By Hennesseyhub (self meida writer) | 24 days

As days pass on, there have been numerous increase in the number of Covid-19 infections in the World. India has just reached this milestone after recording the highest daily coronavirus case count since the pandemic began as at March 2020.

According to a tweets from The New York Times, it was confirmed that India recorded 312,731 new infections in a day, which was reportedly declared as the highest Covid-19 case count in a day. 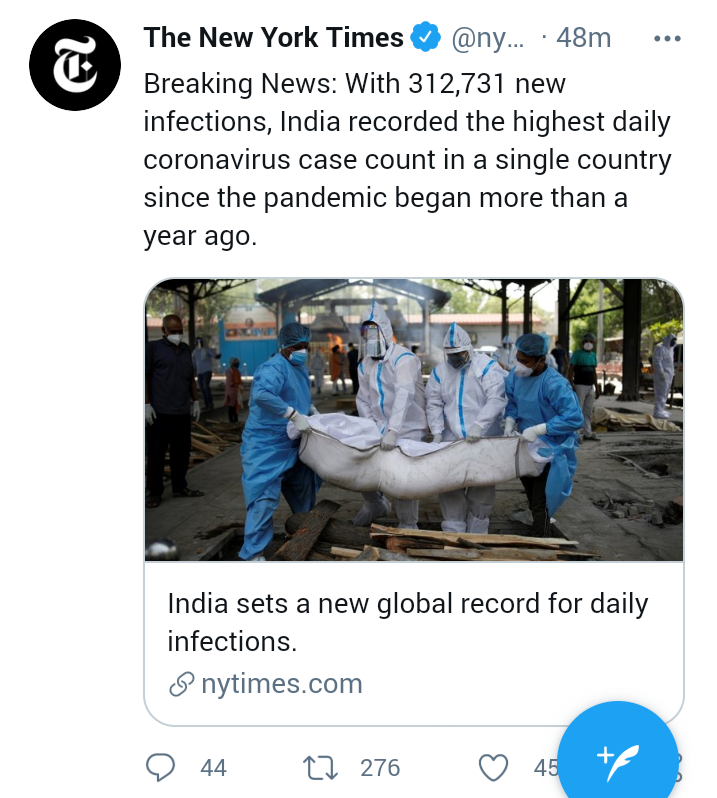 India's total today broke the previous single day high total in the United States which was 300,669 cases on January 8, 2021. The outbreak in India was very large in the past two months, with reports of oxygen shortages, superspreader gatherings and ambulances lined up outside the hospitals due to lack of ventilators for new Covid-19 patients.

40% of the infections worldwide are coming from India after cases reached new weekly records. India now have a 15.6 million total infections, second most after the United States. The death toll has also increased steeply. On Thursday, the Indian government recorded 2,104 deaths, for the past few weeks an average of 1,300 people have died of the virus every day. 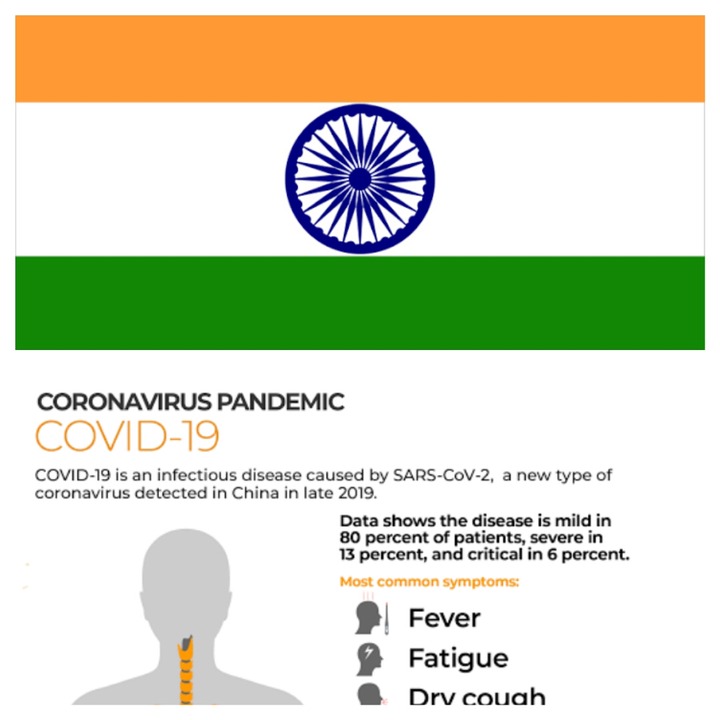 It was also confirmed that at least 22 people died in an accident in Nashik, India where a leak of the hospital's main oxygen tank cut the flow of oxygen to the Covid-19 patients. 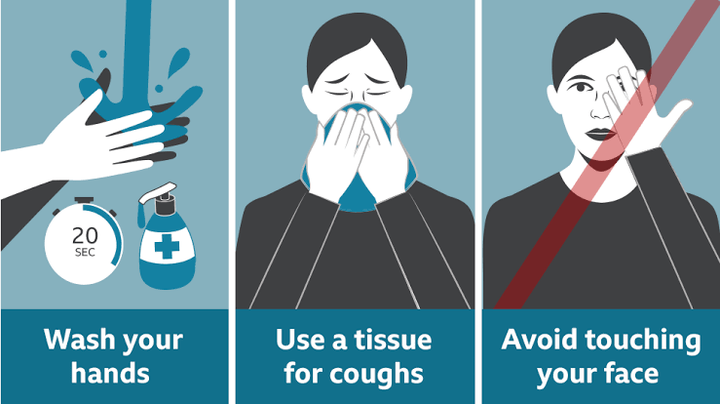 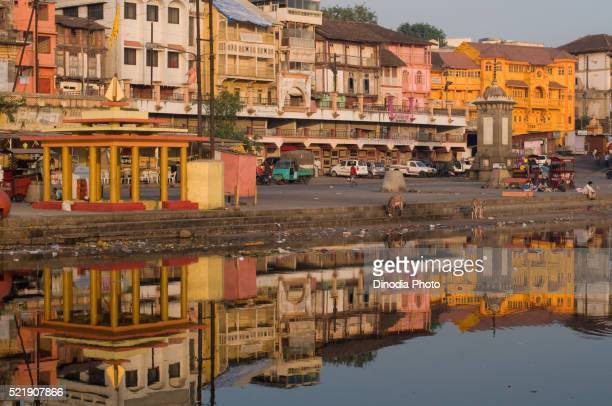 As at early February, India was recording an average of 11,000 cases per day and today it looks like the picture is staggeringly different. Citizens of India have criticized Prime Minister, Narendra Modi for failing to prepare for a second wave of the infections or to warn Indians to remain vigilant against the virus.

What is your opinion on this issue?