Fisherman Feels something Hard Slam into him, Realizes it’s a Huge Predator

It was a Good Friday for Rick Nuemann who was celebrating the weekend with his good friend in 2020, Julian Cruz, 3 miles off the coast of Florida. They were on a 20-foot vessel, talking politics, grand kids, and fishing.

But for Rick, fishing wasn’t a sport where you kicked your feet up and relaxed with a cold beer. He was a spear fisher. “Spearfishing is like hunting in the fish’s element,” Rick always told his skeptical friends. “It’s a charge.”

That thrill of the hunt saw Rick, below, and Julian sliding into skin-tight wet suits and trading in fishing rods and lines for an old-fashioned spear. In over five decades of “shooting” fish, he never ran into any problems in the water.

This day started out as well as any: right away, Rick shot a 51-pound cobia. He was happy with the catch, but as the morning bled into the afternoon, he grew restless. The visibility in this part of the ocean wasn’t great. They needed to move.

Julian captained the ship to a different reef and jumped into the water, spear in hand. Following spearfishing protocol, Rick waited aboard the ship: having two divers down below would spook any cobia. Finally, his friend returned with good news.

“There are cobia down there,” Julian reported as he slipped back on to the ship empty-handed. This was welcome news for Rick, who was antsy to get back into the water himself. There was, however, a vital piece of information missing from Julian’s report.

The hungry shark knew this was a good spot for cobia, and the hungry shark was on his way to that spot for lunch. Of course, Julian couldn’t have known that, which was why Rick jumped fearlessly into the water with no idea how his life was about to change.

Spear in hand, Rick dove down 40 or so feet, his eye on a cobia. He neared his target, felt his fingers tighten on his weapon, and… was smacked hard in the side of the head.

The collision beneath the sea was hard, like a car accident. In a moment of complete disorientation, Rick saw his scuba mask go flying and a 500-pound shark swimming away. He calmed himself. The shark was gone. He was alive. Then he touched his neck.

He felt warmth — his blood pouring from his neck. His adrenaline truly pumping, he swam back to the surface, hoping to scurry back on to the ship. He didn’t know how bad the damage was… until he saw Julian’s face.

What Julian saw was ghastly: Rick’s ear was attached by a thin thread of skin. The cheek the shark had crashed into sported a deep, gushing wound, which gurgled blood onto the deck of the ship and into his wet suit. Without help, he was going to die. 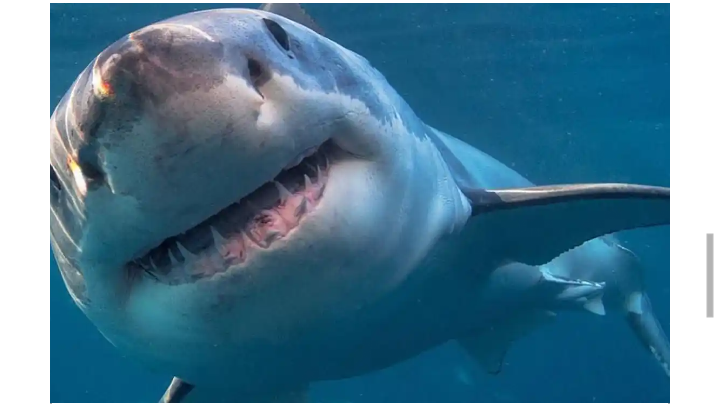 So Julian called 911. He ran to the ship’s controls and steered towards shore as his ghost-white friend — a grandfather — clutched weakly to the ship’s console. Every time the ship hit a wave, Rick spilled more blood on to the deck. His time was limited.

The 20-foot ship fought hard against the waves. To keep his friend alert and focused, Julian asked Rick how he was doing. “Okay,” Rick said, underselling a bit. “But let’s get back as quickly as possible.”

After 45 minutes, the ship finally reached the Florida shores, where paramedics were waiting. The rescue workers placed Rick on a gurney, hooked him up to some IVs, cut off his wet suit, and shoved him into a helicopter. He was on his way to St. Mary’s Hospital trauma center.

Rick was woozy when the chopper landed. The flashing lights and frantic scrambling of nurses in the trauma ward were a haze to his fading mind. He held on for awhile, but then, the world went black.

He woke up later with 200 stitches in his neck. “They reattached my ear, and closed up my cheek, the gashes down my neck, and some more on my shoulder and back,” Rick said of the trauma doctors. With a clear head, he looked back at the moment.

“The doc said I was lucky,” Rick recalled. “There are all kinds of arteries and glands in that part of the body that somehow didn’t get hit.” But the expert diver believed two things were responsible for saving his life.

The first life saver? The wet suit. “I was wearing a thick one because I’d thought we might hit some cold water,” Rick said. “Looking back, that suit probably saved me from a worse bite.” But there was another factor.

The shark! “He bit through the wet suit, and part of me, then realized neither one was a fish and just went on his way,” Rick said. “He was probably a little confused himself… Normally a shark is not going to go after a human being.”

After spending some time healing, Rick was ready to get back into the water. “I still have a healthy respect for the ocean,” he said. And “I need the exercise.” He felt the same way about the ocean as another diving colleague.