By MerryNews (self media writer) | 2 years ago

There are mysteries in this world and we have seen a lot of kids born with special abilities and special disabilities. This is the story of Josephine Corbin, the lady born with two sexual organs, two uterus and four legs. 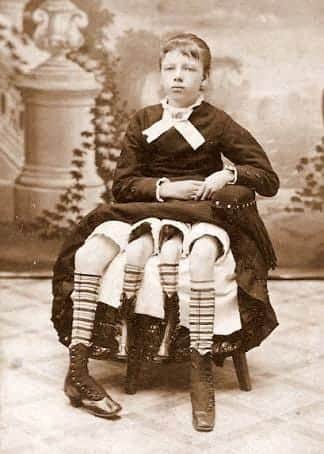 Josephine Myrtle Corbin was an American sideshow performer born as a dipygus. This referred to the fact that she had two separate pelvises side by side from the waist down, as a result of her body axis splitting as it developed.

It was gathered that each of her smaller inner legs was paired with one of her outer legs.

She was said to be able to move her inner legs, but they were too weak for walking. She lived till the age of 59 and had 5 kids. 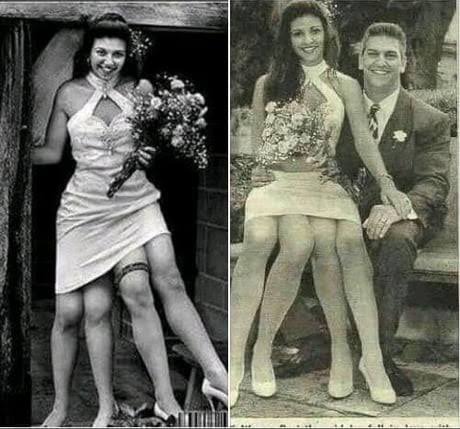 Between each pair of legs, there was a complete and fully formed set of genital organs for sex.

At the age of 13, her father realised his daughter's exceptional looks could earn them some money. In view of this, he started charging people who wants to come and look at her amazing daughter.

She became a sideshow performer and travelled to towns performing for the public. Josephine earned a good amount of money as people who are curious as to how someone could be born with four legs pay to watch her. 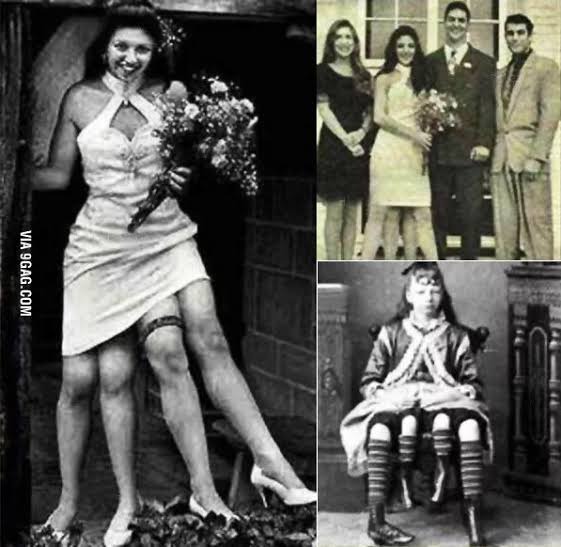 Josephine retired from sideshow performance when she clocked 18 because she fell in love with Dr Clinton Bicknell whom she later got married to after one year.

Josephine started having fever, headaches, loss of appetite and pain on her left side of the body. Lewis Whaley, a doctor determined she was pregnant in her left uterus.

According to the doctor, Josephine replied in disbelief, saying "If it had been in my right side I would come nearer to believing you are correct." It was eventually concluded that she prefer having sex in her left uterus.

She became sick after three months of her pregnancy and the doctors advised her to have an abortion but she insisted. Eventually, she gave birth to four children in her life. 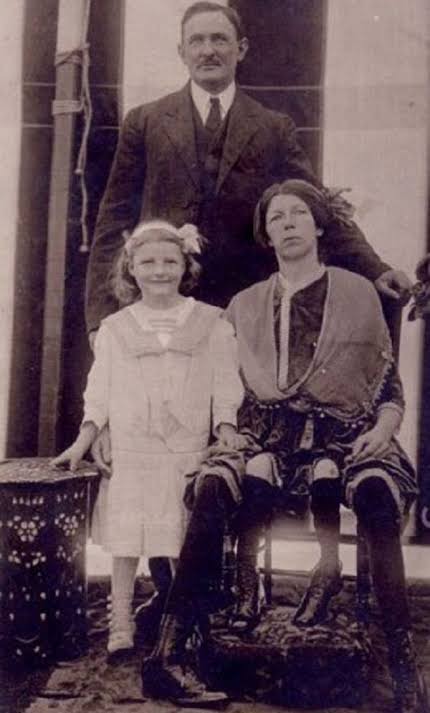 Some reports insisted that Josephine gave birth through each set of her genitals.

Josephine's condition albeit rare, never stopped her from living a normal life and raising a family.

Also, it was gathered that when she in 1928, her parent were paid money to release her corpse for them for some research.