I Didn't Know My Mum Was A Herbalist, Till She Did This To My Son [Fiction]

First of all, I'm an African man and upholder of the traditions of my roots but, when this happened to me I was shocked beyond words. 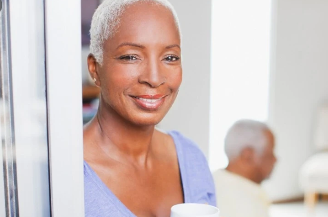 It was a fairly normal Friday morning, I was getting into the weekend mood when my wife called me from the living room that our teenage son was acting strange.

I didn't want to budge but, that'd be at a great cost, my wife can be very angry most times.

Anyways I went there and found my son shivering like he just came in from a snow-storm. Immediately I checked his temperature and got a terrible shock, he was running a temperature that had me scared.

My wife rang up the hospital, we live miles away from the nearest health system and got no response, we later found that the staff was on strike.

Whilst we were rummaging through medical related phone numbers and the near-empty first aid kit my mother walked into the room.

She asked what was the cause of the tension and I blurted out the glaring fact that her grandchild was running a temperature that'd possibly lead to something worse.

She sighed and went back to her room, muttering something about white medicine, she's not a fan of hospitals.

An hour later she was back, holding a clean basket. My startled wife asked her what was in the basket and she replied that it was things we'd forgotten.

I was beginning to feel the tension so I smartly asked my wife to check my room for some money, I'd decided to make a trip to the city and get medical personnel to follow me back to our town.

Soon as she was out of the picture my mom set down the basket.

She brought out some leaves and asked me to bring a bowl.

I obeyed and handed her one.

I explained her instructions to my wife who did as told and brought the steamy hot water to the living room a few minutes later.

My mom put the water in the bowl and dipped the leaves inside it, twirling them in the hot liquid till their essences had been completely gleaned by the searing heat.

The finished product was a green broth that she handed to my wife and asked her to give to our child.

I was just standing in amazement as my son drank the warm liquid and began to shiver again.

My mom told us to give him some time for the liquid to take effect and we obeyed. Pulling a blanket over him we watched him slip into a deep slumber.

Hours later he woke up and began to move around normally. I checked his temperature and found him to be back to normal.

My mother was sound asleep in her room but every time I think about that day I can't help but think her herbal prowess had saved me a lot of money and stress.

I asked her what the medicine had been for and what sort of leaves she had administered.

She told me that they were Neem leaves and that our son was suffering from regular fever and pains, something that, according to her, would have cost us over ten thousand Naira to take care of.

Whether my mother is an herbalist or native doctor as the locals call it still beats me but I'm certain of one thing, she saved my child.

After the incidents that day, I went online to make more findings of the "Neem Leaf", turns out it can be very beneficial to human health.

Benefit Of The Neem Leaf 1 It can be used for treating ear ailments, simply boiling and mixing the droplet with honey.

3 Plastering the crushed leaves on your injures can lead to a quicker healing process.

Saskay Receives Pet And Other Gifts From Her Fans (VIDEO)

Queen Paid A Visit And Distributed Food To The Less Privileged

Yahoo-Yahoo: Inside The Life Of A Cyber Criminal, And The Inflationary Pressure On Nigerian Youths