The Pizza lover, Kirk Alexander is a 48-year-old man living in Salem Oregon.

Alexander has consistently ordered Pizza from Domino’s Pizza almost every day, for 10 years. It was said that Alexandra enjoyed all the variety of food they offered, from pasta to wings and even sandwiches.

He had tried all the varieties on their menu. In fact, when the staff created a new variant, they were excited to deliver to Alexander to get his feedback. He had become like an unofficial taster!

However, one faithful day, he missed ordering a pizza from the team, this threw the pizza sellers into a state of wonder as to why Alexander didn’t order that day. Domino’s General Manager, Sarah Fuller said: “Alexander usually orders pizza every day or every other day. He orders online that’s why we knew when he orders because his orders pop up on our screen.” Fuller first came in contact with Alexander in 2009, when she started working as a delivery driver, so she knows a lot about him. Details like how; he worked from home, has health challenges, and that he hardly left his home.

Fuller described him, as a very friendly and accommodating person, she said he was easy to speak to, and had talking relationships with almost every delivery driver that has made a delivery to his home. After a few days of receiving no orders from Alexander, the sellers began to dwell on the reasons why he could have stopped ordering from them abruptly. 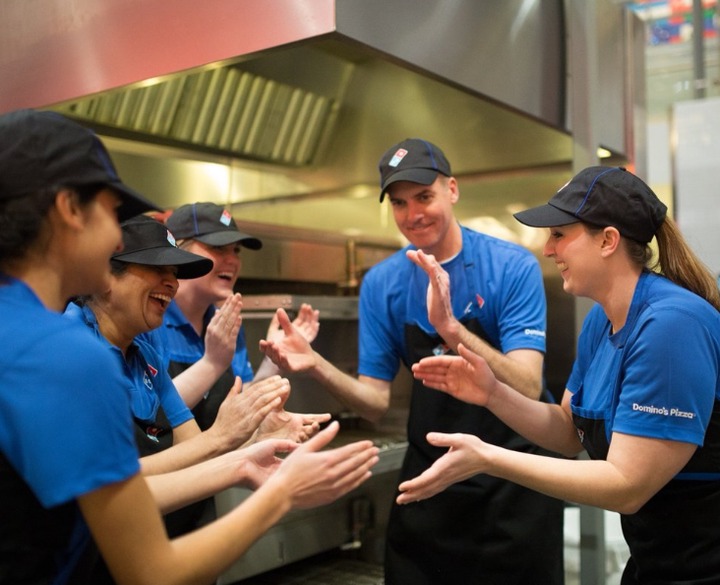 Despite all these suggestions, he kept hoping, that one day, when he reaches out to them for an order, they would try to find out why he took a break off patronizing them for the period.

However, Fuller kept getting a hard feeling about something being wrong. She ignored the feelings, but as time passed, the gap was beginning to get widely noticed by more staff who had previously come in contact with Alexander.

They began to visit Fuller to question her about Alexander’s sudden stop at making requests. This prompted her to take another review of his order trends, then she realized that it’s been a week and four days since he last made a purchase.

At this point, she ignored all feelings of overreaction, and decided to take a step at contacting him, even though this was not part of their business routine. She instructed one of the delivery drivers, Tracey Hamblen to stop by his home after he completes his rounds of delivery for that day.

Eagerly excited to deliver the findings from his espionage to his colleagues, Hamblen, quickly dropped by Alexander’s home to check up on him. As he made his way through the front door, Hamblen observed that the lights in the house were turned on and as he moved further, he noticed sounds coming from a radio or television set.

In an interview with Good Morning America, Fuller confirmed that Hamblen reported that he had spent hours knocking on the door with no response, despite hearing continuous sounds from the house, this made them placed a call to 911. Immediately, cops were dispersed to the apartment.

On arrival, they screamed out his name from the window and decided to break down the front door after serval hours with no response from him. As they were trying to make this decision, they suddenly heard a faint cry for help, from the house.

Giving a full justification for breaking into the house, they proceeded and found a weak Alexander lying on the floor, the paramedics were summoned, and they came and wheeled him away to the hospital, in an ambulance, after stabilizing him. It was in the hospital that they confirmed that Alexandra had a previous history of minor strokes.

It appeared that the pizza sellers attempted to reach him just at the nick of time, because the doctors confirmed that, if he had been left in that state for another day, he could have died.

The workers at Domino’s were so happy to hear about the news.

Fuller said that they operated like a family and are so thrilled to have been able to rescue a dying man. They are all hoping that Alexander will fully recover from all this and return to his normal life.

Seiber one of the delivery man said that, they would like to present Alexander with flowers and cards, in the hopes that it will help him heal faster, knowing that there exist a group of friends who care about him.

The employees involved were greatly rewarded by the announcement from Robert of Good morning America show, he promised to send them invitations to see Captain America: Civil War.

He further extended the invitation to all the workers from the restaurant, but that was not all.

The corporate office of Domino’s announced that they will be sending Tracey Hamblen and other managers to the Domino’s Worldwide Rally. An executive annual convention for Domino’s members, held in Las Vegas.

Amidst the news of negativity spreading around, it is refreshing to see and be reminded that there are still some people who are willing to go the extra mile to help others.

We believe it is the least of what these life-savers deserve, what do you think?