By Vanguardbillz (self media writer) | 2 years ago 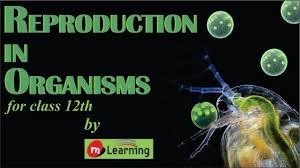 (1) Reproduction is defined as a biological process in which every living organism give rise to new organisms similar to themselves.

(i) Replication of DNA

(ii) Cell division (only mitotic, or both mitotic and meiotic)

Difference between Asexual and Sexual Reproduction

S.No.Asexual ReproductionSexual Reproduction1)Offsprings are produced by single parents.Involvement of single or two individual.2)New individual develops from one cell or a vegetative body part of one parent.New individual develops from zygote or fusion product of two gametes, which may or may not be produced by two parents.3)Offsprings are genetically identical to their parents.The offsprings are not genetically identical with their parents.4)Involves only mitotic divisions.Involves meiosis at one or the other stage.5)It does not require the formation of sex organs.Formation of sex organs is a pre-requisite for sexual reproduction.6)It does not introduce variability. Hence has no evolutionary importance.It introduces variability and is, hence of evolutionary importance.

In flowering plants there are two main types of asexual reproduction:

(a) Agamospermy – The formation of embryo without fertilization and meiotic division. There are three different types of agamospermy:

(i) Plants belonging to this category propagates by a part of their body other than a seed. The structural unit that is employed in place of seed for the propagation of new plants is called propagule.

(ii) In angiosperms any parts of the plants – roots, stemsand leaves can be used for vegetative propagation.

(5) Following are the asexual reproductive structures:

Sexual reproduction involves fusion of male and female gametes by the process of fertilization.

(a) The period between birth and sexual maturity is called juvenile phase.

(b) Juvenile phase is also known as vegetative phase in plant.

(d) Menstrual cycle: The cyclical changes during reproduction in primate mammals like monkeys, ape, and humans.

(e) Seasonal breeders: The reproductive cycle takes place only in favorable seasons as in wild animals.

(f) Continuous breeders: They are reproductively active throughout their reproductive phase.

(g) Gametogenesis is the process of gamete formation.

(h) Isogametes are one of a pair of conjugating gametes, exhibiting no differences in form, size, structure, or sex.

(a) Plants having only one sex organ is called heterothallic or dioecious.

(b) Plants having both male and female sex organ called homothallic or monoecious.

(c) In flowering plants, the unisexual male flower is staminate (bearing stamens), while the female is pistillate (bearing pistils).

(d) Animals having one type of reproductive system are called unisexual.

(e) Animals having both male and female reproductive system are called hermaphrodite or bisexual.

(a) Gametes in all heterogametic species are of two types namely male and female.

(b) Gametes are always haploid irrespective of parent’s ploidy.

(c) Gametes are produced by a haploid parent by mitotic division.

(d) Gametes are produced by a deploid parent by meiotic division.

(a) Male and female gamete must be physically brought together to facilitate fusion called fertilization.

(c) In case of few fungi and algae, both male and female gametes are motile.

(d) In most cases the medium for gamete transfer is water.

(e) Number of male gametes are produced is several thousand times the number of female gametes produced to compensate the loss during transfer.

(a) The process of fusion of male and female gamete is called fertilization or syngamy.

(b) The female gamete undergoes development to form new organism without fertilization. This phenomenon is called parthenogenesis. It is a modification of sexual reproduction.

(d) There must be synchrony of gamete release. Large number of gametes is released to enhance the chance of fertilization.

(e) A major disadvantage is that the offsprings are extremely vulnerable to predators.

(a) Formation of zygote after fertilization is found in all sexually reproducing organisms.

(b) In case of external fertilization, zygote is formed usually in water.

(c) In case of internal fertilization, zygote is formed inside the body of the organism.

(d) Zygote of fungi and algae develops a thick wall that is resistant to desiccation and damage.

(a) The process of development of zygote into an embryo is called embryogenesis.

(c) Oviparous are the animals which lay eggs and development takes place inside egg.

(d) Viviparous animals give birth to the young ones. The development takes place inside the body of the female.

(i) Zygote developed into embryo.

(iii) Integument of the ovule developed into seed coat.

Content created and supplied by: Vanguardbillz (via Opera News )