Top 10 Most Dangerous Insect In The World 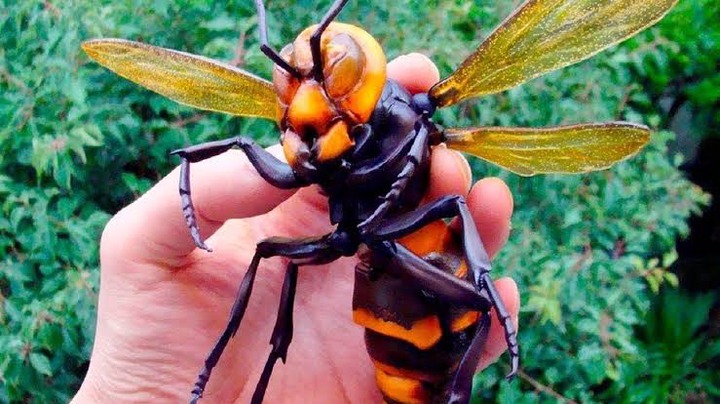 1. Mosquito: Mosquitoes (alternate spelling mosquitos) comprise a group of about 3,500 species of small insects that are flies (order Diptera). Within Diptera they constitute the family Culicidae (from the Latin culex meaning "gnat"). The word "mosquito" (formed by mosca and diminutive -ito) is Spanish for "little fly". Mosquitoes have a slender segmented body, one pair of wings, one pair of halteres, three pairs of long hair-like legs, and elongated mouthparts.

2. Driver ants: Dorylus, also known as driver ants, safari ants, or siafu, is a large genus of army ants found primarily in central and east Africa, although the range also extends to southern Africa and tropical Asia. The term siafu is a loanword from Swahili, and is one of numerous similar words from regional Bantu languages used by indigenous peoples to describe various species of these ants. Unlike the New World members of the former subfamily Ecitoninae (now Dorylinae), members of this genus do form temporary anthills lasting from a few days up to three months. Each colony can contain over 20 million individuals. As with their New World counterparts, there is a soldier class among the workers, which is larger, with a very large head and pincer-like mandibles. They are capable of stinging, but very rarely do so, relying instead on their powerful shearing jaws

3. Killer Bees: The Africanized bee, also known as the Africanized honey bee and known colloquially as the "killer bee", is a hybrid of the western honey bee (Apis mellifera), produced originally by crossbreeding of the East African Lowland honey bee (A. m. scutellata) with various European honey bee subspecies such as the Italian honey bee

4. Tsetse Flies: flies include all the species in the genus Glossina, which are placed in their own family, Glossinidae. The tsetse are obligate parasites that live by feeding on the blood of vertebrate animals. Tsetse have been extensively studied because of their role in transmitting disease. They have a prominent economic impact in sub-Saharan Africa as the biological vectors of trypanosomes, which cause human sleeping sickness and animal trypanosomiasis. Tsetse are multivoltine and long-lived, typically producing about four broods per year, and up to 31 broods over their lifespans

5. Giant Japenese Hornet:The Asian giant hornet (Vespa mandarinia), including the color form referred to as the "Japanese giant hornet" is the world's largest hornet. It is native to temperate and tropical East Asia, South Asia , Mainland Southeast Asia and parts of the Russian Far East. It was also found in the Pacific Northwest of North America in late 2019 with three additional sightings in 2020. They prefer to live in low mountains and forests, while almost completely avoiding plains and high-altitude climates. V. mandarinia creates nests by digging, co-opting pre-existing tunnels dug by rodents, or occupying spaces near rotted pine roots. It feeds primarily on larger insects, colonies of other eusocial insects, tree sap, and honey from honey bee colonies.The hornet has a body length of 45 mm (1.8 in), a wingspan around 75 mm (3.0 in), and a stinger 6 mm (1⁄4 in) long, which injects a large amount of potent venom

6. Kissing Bug:are also known as conenose bugs, kissing bugs (so-called from their habit of feeding around the mouths of people),or vampire bugs. Other local names for them used in the Latin Americas include barbeiros, vinchucas, pitos, chipos and chinches. Most of the 130 or more species of this subfamily feed on vertebrate blood; a very few species feed on other invertebrates.They are mainly found and widespread in the Americas, with a few species present in Asia, Africa, and Australia. These bugs usually share shelter with nesting vertebrates, from which they suck blood. In areas where Chagas disease occurs (from the southern United States to northern Argentina), all triatomine species are potential vectors of the Chagas disease parasite Trypanosomacruzi, but only those species (such as Triatoma infestans and Rhodnius prolixus) that are well adapted to living with humans are considered important vectors. Proteins released from their bites have been known to induce anaphylaxis in sensitive and sensitized individuals

7. Fire ants :Fire ants are several species of ants in the genus Solenopsis. They are, however, only a minority in the genus, which includes over 200 species of Solenopsis worldwide. Solenopsis are stinging ants, and most of their common names reflect this, for example, ginger ants and tropical fire ants. Many species also are called red ants because of their light brown color, though species of ants in many other genera are similarly named for similar reasons. Examples include Myrmica rubra and Pogonomyrmex

8. Fleas :common name for the order Siphonaptera, includes 2,500 species of small flightless insects that survive as external parasites of mammals and birds. Fleas live by consuming blood, or hematophagy, from their hosts. Adult fleas grow to about 3 millimetres (1⁄8 inch) long, are usually brown, and have bodies that are "flattened" sideways or narrow, enabling them to move through their host's fur or feathers. They lack wings, but have strong claws preventing them from being dislodged, mouthparts adapted for piercing skin and sucking blood, and hind legs extremely well adapted for jumping. They are able to leap a distance of some 50 times their body length, a feat second only to jumps made by another group of insects, the superfamily of froghoppers. Flea larvae are worm-like with no limbs; they have chewing mouthparts and feed on organic debris left on their host's skin.

9. Botfly:Botflies, also known as warble flies, heel flies, and gadflies, are a family of flies technically known as the Oestridae. Their larvae are internal parasites of mammals, some species growing in the host's flesh and others within the gut.

10. Bullet ant:Paraponera clavata is a species of ant, commonly known as the bullet ant, named for its extremely potent sting. It inhabits humid lowland rainforests from Nicaragua and the extreme east of Honduras and south to Paraguay.