By ICPCNigeria (self media writer) | 1 month ago

The convict was charged before Justice A. A. Akinyemi, by the Independent Corrupt Practices and Other Related Offences Commission (ICPC) for using a forged National Diploma Certificate to secure an upgrade in his office.

ICPC, in the charge on which he was convicted accused him of “knowingly making false statement which is contrary to Section 25(1) of Corrupt Practices and Other Related Offences Act, 2000 and punishable under Section 25(1) (b) of the same Act”.

The Court was told how the convict presented a forged National Diploma Certificate in Automobile Engineering from Federal Polytechnic, Ilaro, Ogun State, to NSCDC to be upgraded to senior cadre.

He had earlier entered a “Not Guilty plea” when the charge was read to him in June 2021 when he was first arraigned.

Idowu however changed his plea during trial by approaching the Court with a prayer for plea-bargain which was granted by the trial judge. The charge was then amended from two-count to one, which centered on making false statement with the intent to deceive a government agency.

Delivering judgment, Justice Akinyemi found the NSCDC official guilty, and following a passionate plea by his Counsel, the Court convicted him on a non-prison committal sentence of a fine of N100,000 (One Hundred Thousand Naira) in line with the provisions of Section 25 of the ICPC Act 2000. 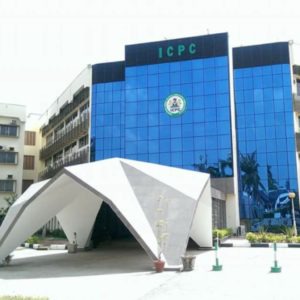