The family of George Floyd has expressed relief following the court judgement that condemned Derek Chauvin to 22 years in jail.

Former Minneapolis police officer Chauvin was sentenced to 22 years in prison on Friday by Hennepin County Judge Peter Cahill after being held in solitary confinement since April.

"For the first time, a police officer who wrongfully killed a Black man was held accountable," it said.

"While this should not be extraordinary, it is."

"Police kill Black people every day, year after year, with no repercussions."

The George Floyd Justice in Policing Act of 2021, which would bring "genuine, sustainable transformation in police agencies from coast to coast."

Bridgett Floyd, in a statement released by the BBC, stated that there is still a long way to go.

"Today's sentencing of the Minneapolis police officer who killed my brother George Floyd demonstrates that police violence is now being taken seriously," she added.

"However, we still have a long way to go and many reforms to do before Black and Brown people in this nation feel that law enforcement is treating them properly and compassionately."

Bridgett has established a charitable organisation in her brother's honour.

"Our work at the George Floyd Memorial Foundation has just just begun," her statement continues, "because the struggle for justice is far from done."

In his remarks, Reverend Al Sharpton stated that it would have been justice if Floyd had never been slain.

"This is not justice," he adds, "since George Floyd is in a grave tonight, while Chauvin will be in jail." 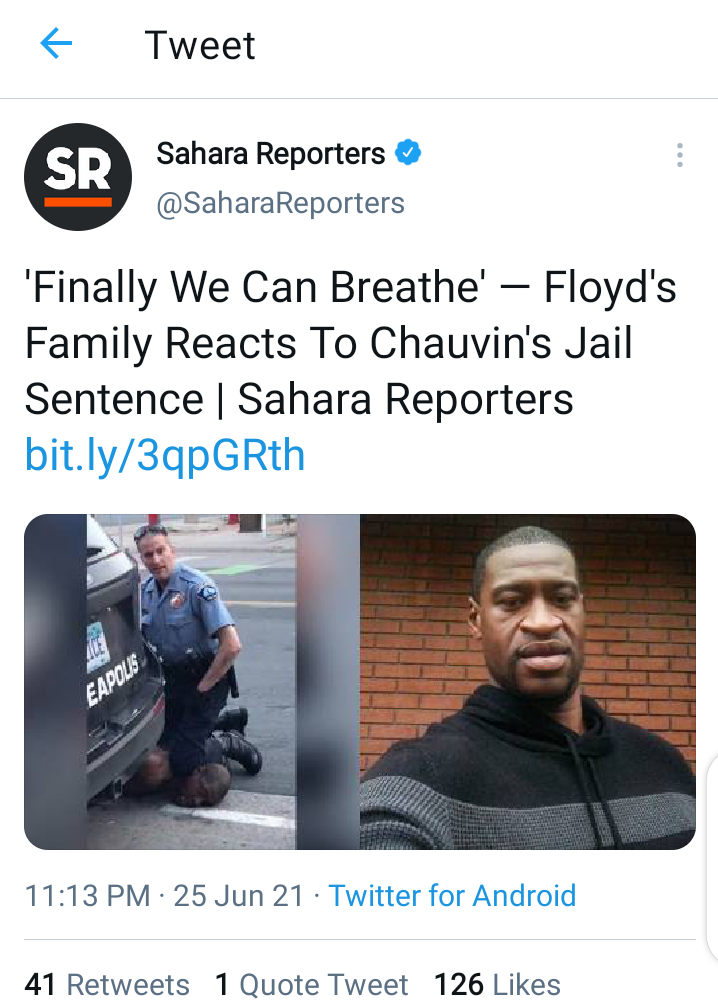 "22.5 years is longer than we have ever gotten, but it is shorter than we should have gotten in the past," he added.

He then prays with the family and other bystanders.