By TesscoNews (self meida writer) | 1 months

The governor of Benue State, Samuel Ortom, has said that the killings happening all over the country shows there is no government at the federal level. He said that as he addressed some citizens of his state who were protesting the recent killings carried out by herdsmen in the state. 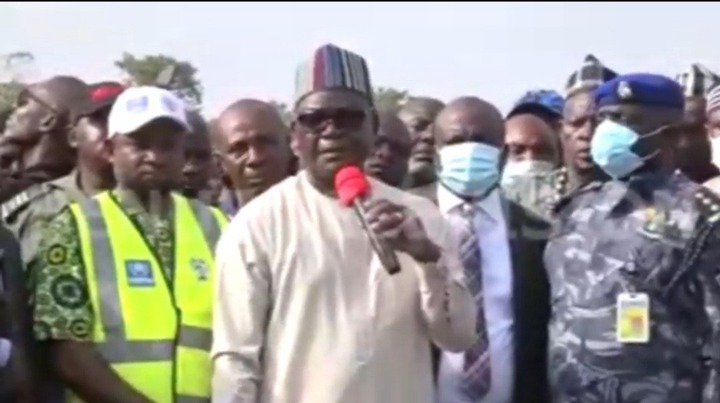 A Video credited to Channels Television which was shared on social media revealed that the protesters were Internally displaced persons (IDPs) from Abagana camp. And from what was gathered, while protesting they blocked the Markurdi-Lafia federal highway and laid the corpses of the victims on the road. 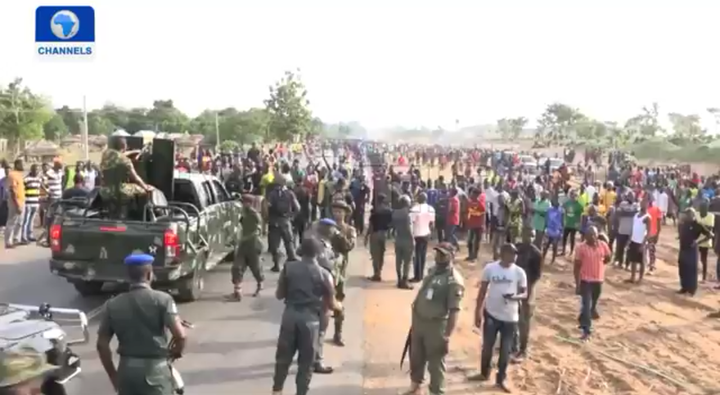 Governor Ortom who later addressed the crowd blamed the federal government for what happened, saying they failed to take proactive steps to address the ugly situation. He also called for the arrest of the leadership of Miyetti Allah who he alleged hosted a meeting in Yola where Fulanis declared that his state will not know peace until they annul the law that banned open grazing in the state.

"I did say they were going after my people and that the Federal government should arrest the leadership of Miyetti Allah that hosted that meeting. Up till today, nothing has been done. This is really unfortunate. It means we don't have a government in place at the Federal level. We don't have a government because if proactive steps were taken by arresting the Miyetti Allah leadership, this will not happen," said Governor Ortom.

Speaking further he added: "For several years we have been calling on the Federal government to take proactive steps to address this matter, they have refused to."

Punch reported that the attack on the IDPs camp in Benue State left seven persons dead and many others injured.

7 Signs Of Kidney Failure And How To Overcome Them