Earlier today, the Minister of Information and Culture, Lai Mohammed addressed a press conference in Abuja, the nation's capital, making it known that no one was killed last year during the EndSars protest at the Lekki toll gate in Lagos. 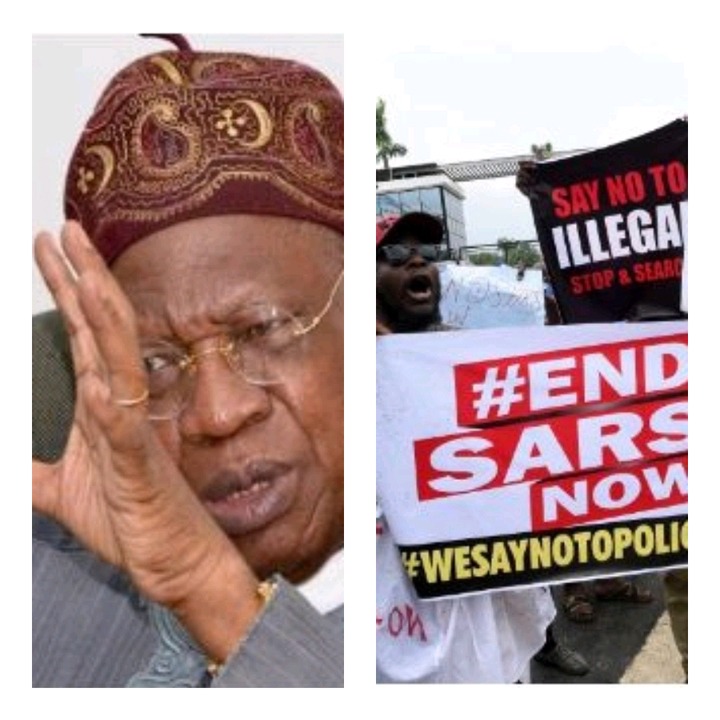 While speaking, the Information Minister made three(3) important statements, in order to back up his claim that no single person was killed during the said protest.

First, he referred to the alleged massacre at the Lekki toll gate as the first massacre in the world without blood or dead bodies. By making this statement, he is trying to let Nigerians and the world to know that no single individual was killed, because it's highly impossible for someone or people to be killed without seeing dead bodies or traces of blood. 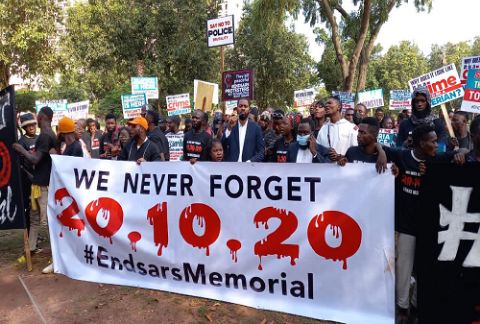 Secondly, he said "one year later and despite ample opportunities for the families of those allegedly killed to present evidence, there has been none, no bodies, no families, no convincing evidence, where are the families of those who were reportedly killed at the toll gate?" This is another point that was raised by Lai Mohammed and the federal government. Looking at this point critically, you will see that the federal government is right. Yes, many people are of the notion that people were killed at the Lekki toll gate in Lagos, but the fact still remains that nobody was able to come up with a convincing evidence to show that his or her brother, sister or friend was killed by the military during the EndSars protest. 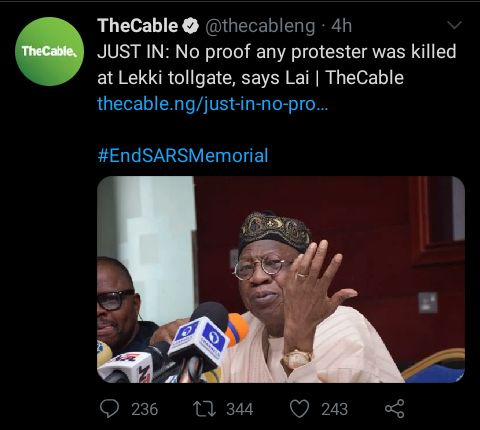 Then lastly, he said: "The six soldiers and 37 policemen who died during the EndSars protests are human beings with families...... even though the Human Rights Organisations and CNN ignored their deaths, choosing to trumpet a phantom massacre." This is another important statement that was made by Lai Mohammed. But by saying this, I think that he just contradicted himself here. As long as am concerned, it's no possible for the protesters to kill over 40 security operatives without the security operatives been able to some of the protesters. But nevertheless, he is entitled to his own opinion.

What is your take on this statements that came from the information minister, Lai Mohammed? You can drop your comments and opinions below.