By Sisithewriter (self media writer) | 11 months ago

The ECOWAS court located in Abuja has ruled in favour of journalist Agba Jalingo after the evidence produced by SERAP shows that he was tortured and ill-treated by security operatives in Cross River State. Mr Jalingo was in custody for 34 days without being tried in any court of law. 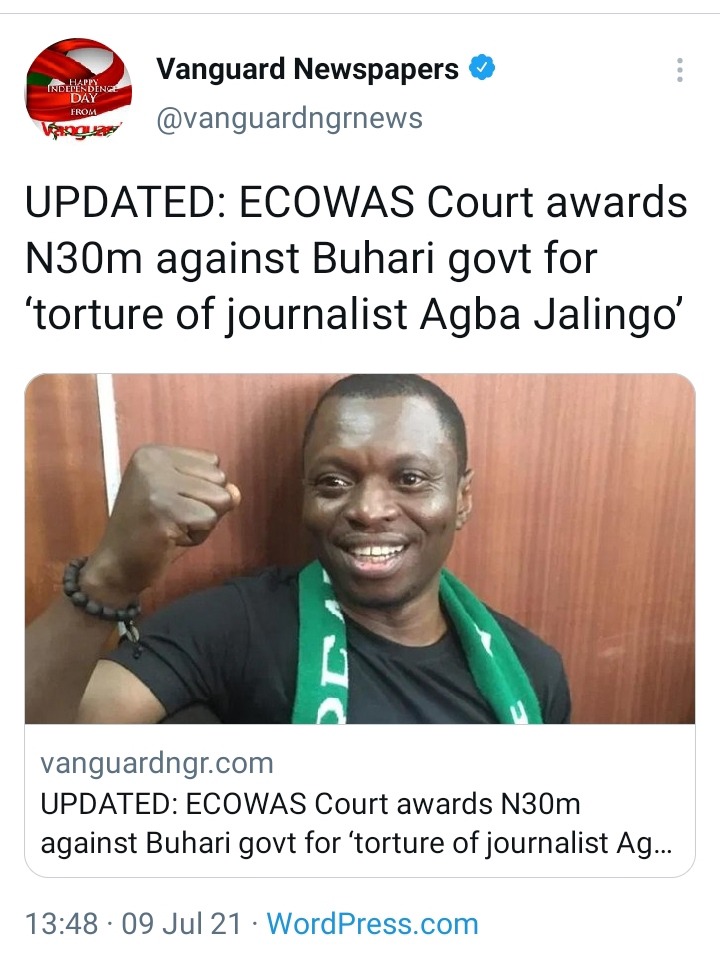 The ECOWAS court has ordered President Muhammadu Buhari's government to pay 30 million naira as compensation to the journalist. The federal government must comply with this judgement within three months. In reaction to this development, Mr Femi Falana SAN said this judgement couldn't have come at a better time than now.

Governor Jide Sanwo-Olu joined other dignitaries to pay respect to the late Prophet Temitope Joshua who has been laid to rest today. He described him as an intentional man of God that fulfilled his destiny. 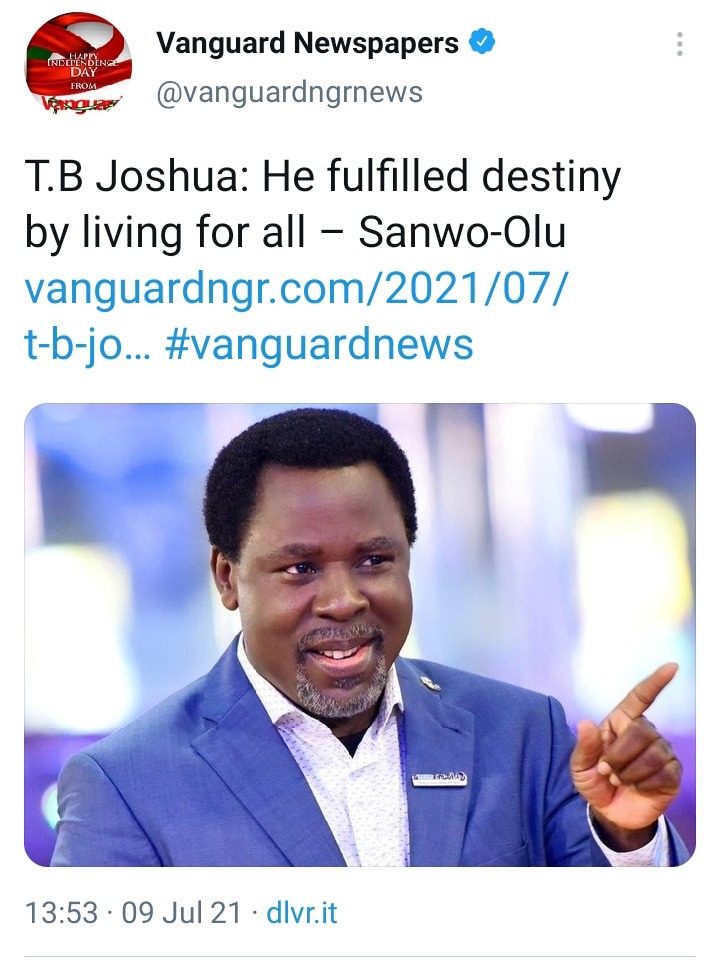 The Governor was represented at the event by his Commissioner For Home Affairs, Prince Olanrewaju Elegushi. He described the late televangelist as someone that impacted the lives of people positively within and outside Nigeria. 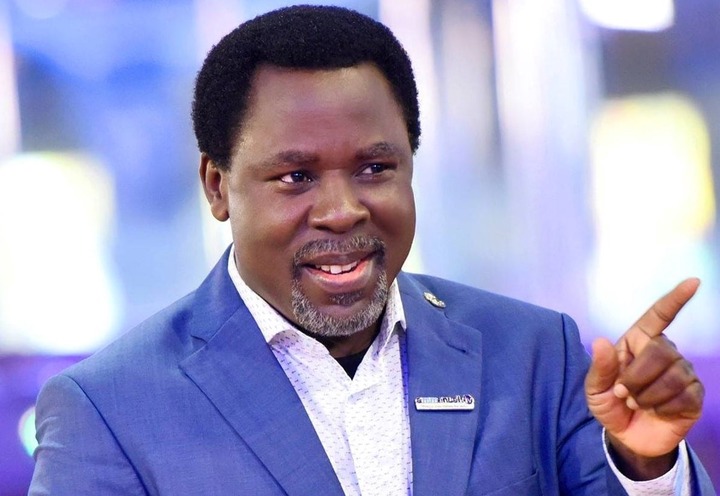 The National Drug Law Enforcement Agency (NDLEA), has arrested a 90-year-old man, Yusuf Yarkadir, for illegal drugs and substances to the young people in his Yarkadir village in Rimi local government area of Katsina State. 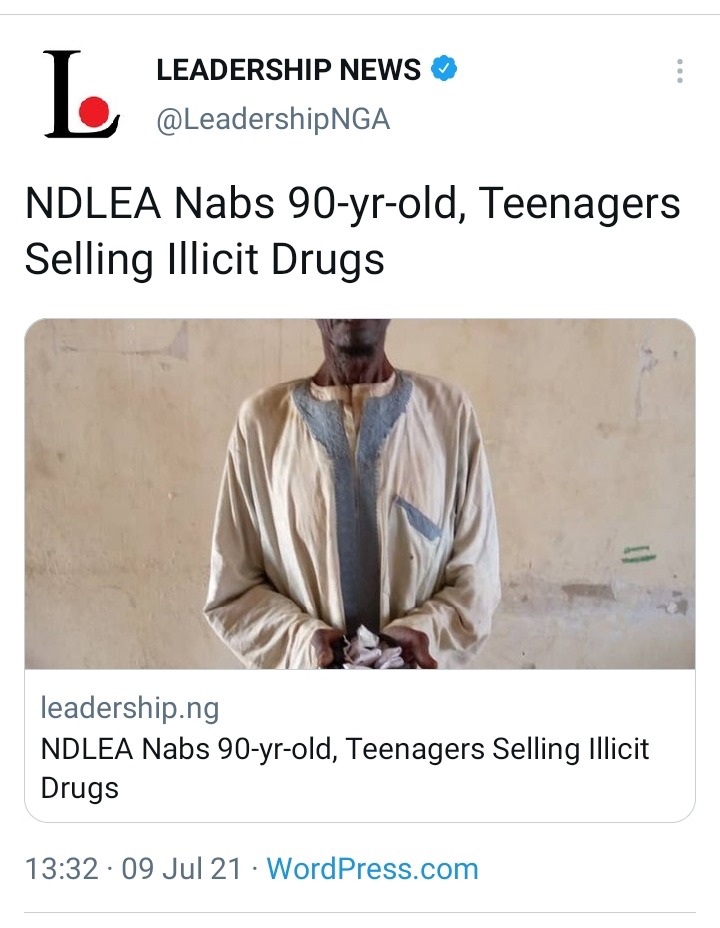 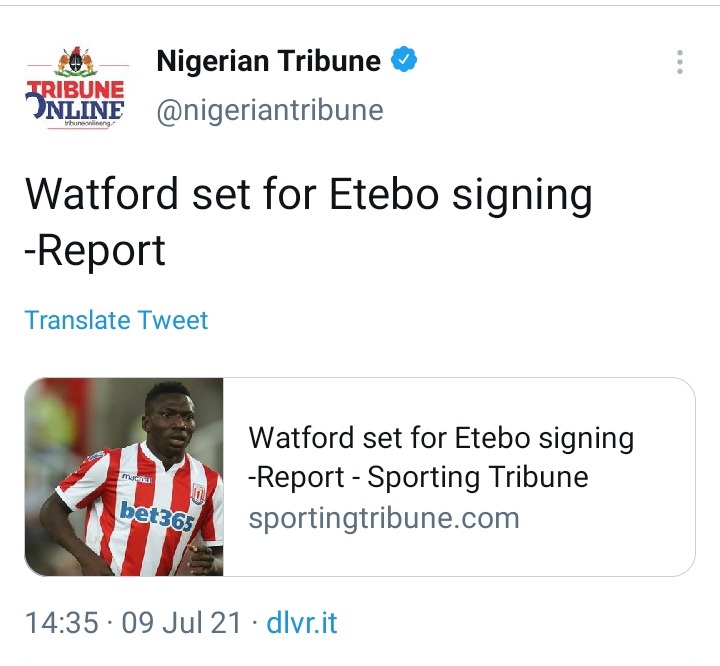 Watford has recently completed the signing of Nigerian Winger Emmanuel Dennis from Club Brugge in Belgium and will join other Nigerians like William Troost-Ekong and Isaac Success at the club.