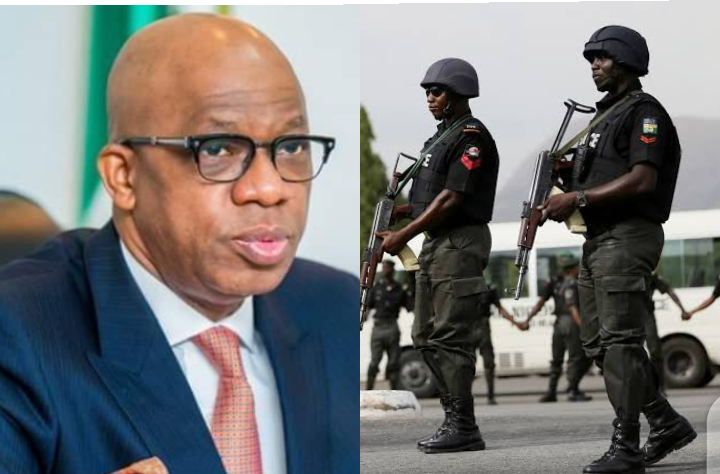 Workers in Ogun State under the aegis of Joint National Public Service Negotiating Council, on Friday threatened a showdown with Governor Dapo Abiodun over what they termed “unimpressive” implementation of the the Memorandum of Understanding signed by the government and the state organised labour. 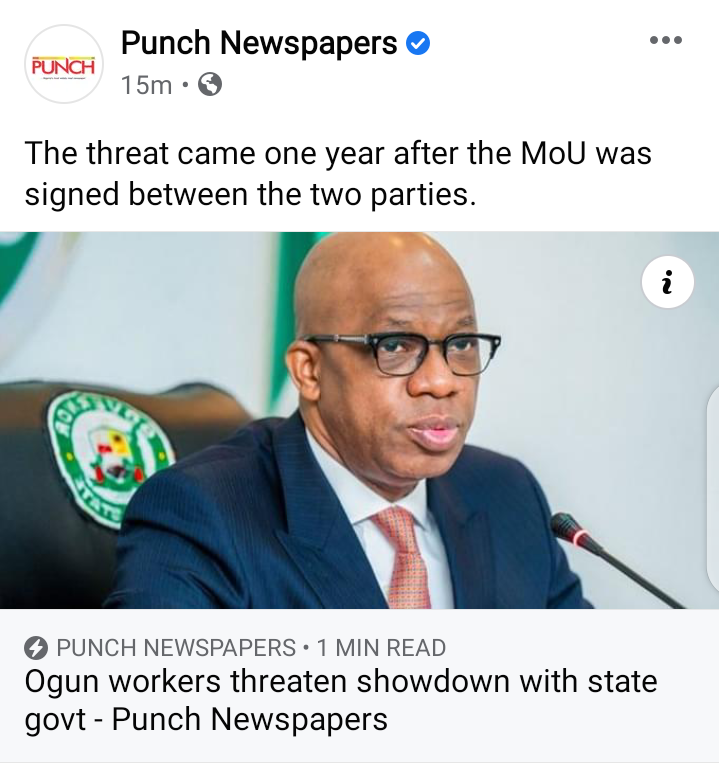 The threat came one year after the MoU was signed between the two parties.

The government had signed an MoU with the organised labour in September 2020 on the implementation of the new minimum wage and other demands of the workers.

The MoU followed a one-week strike by the organised labour over its various agitations in the state.

Police not aware of Independence Day protest in Lagos

The Lagos State Commissioner of Police, Hakeem Odumosu, has said that the command is not aware of any impending protests on Independence Day. 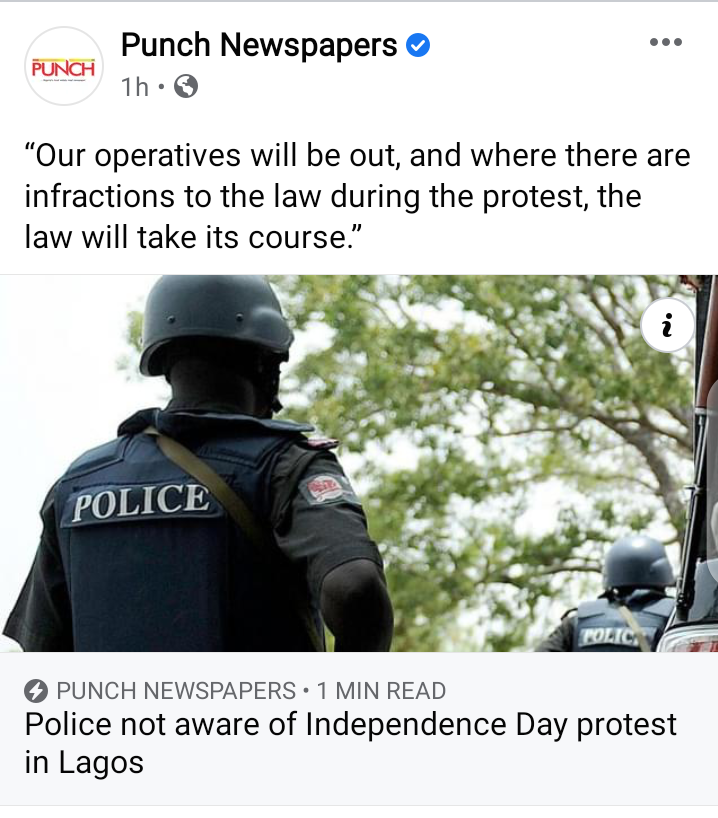 Odumosu disclosed this to journalists in reaction to a question on some nongovernmental organisations’ intention to hold a demonstration to voice out their aggression against insecurities, police brutality, among other challenges bedeviling the country.

Speaking on Thursday, the police boss said no official letter had been received to notify the command of any protest, adding that it ought to be notified so security could be provided to prevent miscreants from taking advantage of the protest to cause mayhem in the state.

The President, Major General Muhammadu Buhari (retd), has urged media practitioners to stop reporting irresponsible remarks by enemies of Nigeria and start investigating the truth behind those statements. 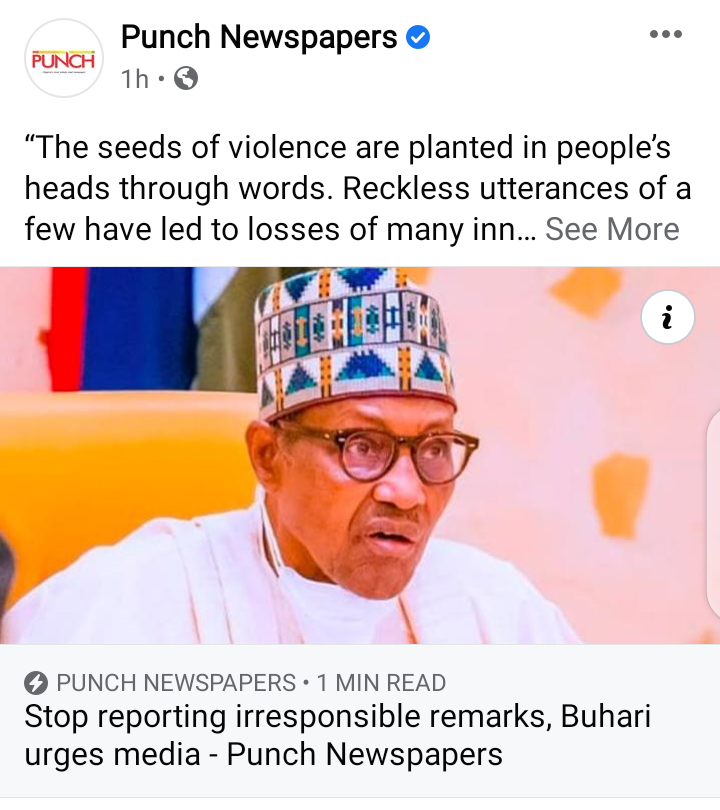 He stated this on Friday during an address to mark Nigeria’s 61st Independence Anniversary in Abuja.

Buhari said, “As a Government, we are ready to arrest and prosecute all persons inciting violence through words or action. Our resolve for a peaceful, united and one Nigeria remains resolute and unwavering.

Two yet-to-be-identified hoodlums have been shot dead during a gun battle between Lagos policemen and suspected kidnappers in a forest at Imota-Emuren, in the Ikorodu area of the state. 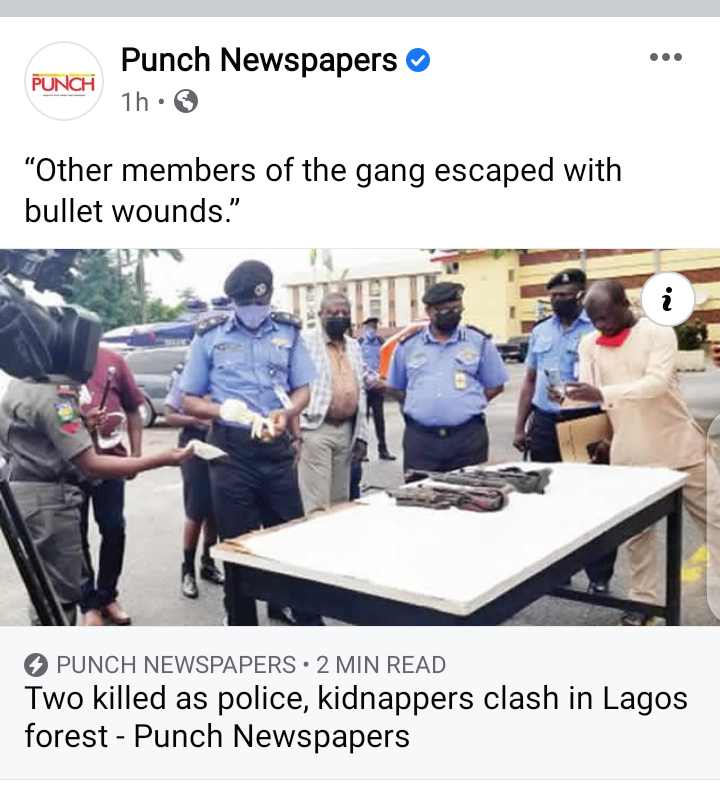 The state Commissioner of Police, Hakeem Odumosu, said one of the suspects, Peter Thomas, 25, was arrested, adding that the forest was notorious for keeping kidnap victims and collecting ransoms.

Odumosu disclosed this on Thursday during a press briefing at the command headquarters at Ikeja.