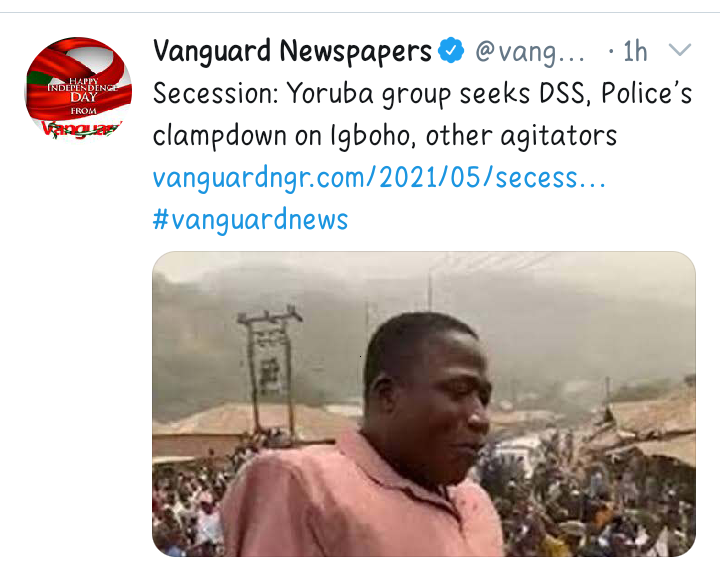 A Yoruba Group under the Aegis of the Yoruba Appraisal Forum have now called on the Federal Government to unleash agents of the nation's security forces against leaders of secessionist activities in the country especially in the Southwest.

Recall that in the past few months, secession calls in the Southwest have been spearheaded by Sunday Igboho who has taken it upon himself to constantly make incisive and divisive statements. At one point, Igboho had asked residents of a particular part of the country to leave the Southwest.

The YAF has now condemned Igboho's perceived treasonable activities. They urged the Federal Government to send in security operatives from the Nigerian Army, Police and the DSS to curtail the actions of the secessionists before they lead the country into a state of anarchy. The group also alleged that some of the Yoruba agitators were being brainwashed by Nnamdi Kanu, the leader of the proscribed Indigenous People of Biafra group.

Group Threaten To Name Those Sponsoring Banditry And Terrorism In Nigeria 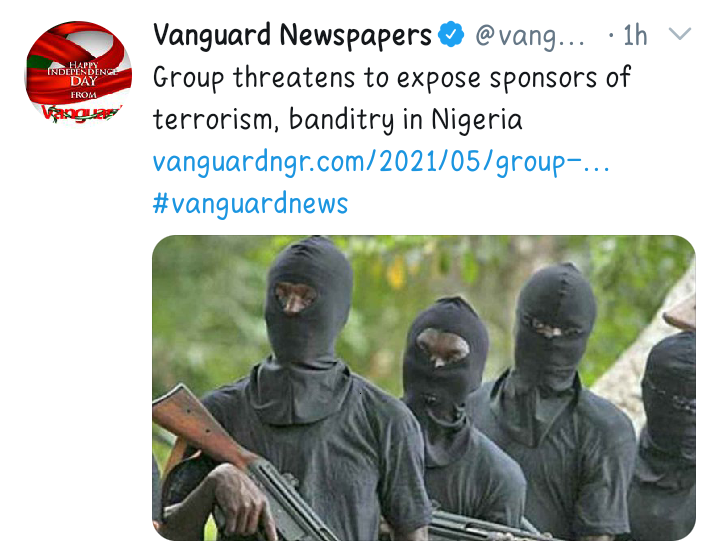 The #ISTANDWITHBUHARI group have now issued a strong statement, threatening to expose those that are allegedly behind some of the recent acts of terrorism and banditry currently being perpetrated in the country.

The group through its spokesman, Ifeanyi Ezedinma warned the alleged sponsors of terrorism and banditry in the country to desist from doing so within a time frame of one month else they would be exposed by the group.

They also attributed some of the recent attacks as being under a grand plan to sabotage the actions of the government to solve the challenges of insecurity currently plaguing the nation. The group further revealed that it has obtained some secret documents that could expose some of the alleged sponsors of terrorism and banditry in the country and also reveal their contact addresses. They reiterated that the sponsors of terrorism do so to score political points against the government. 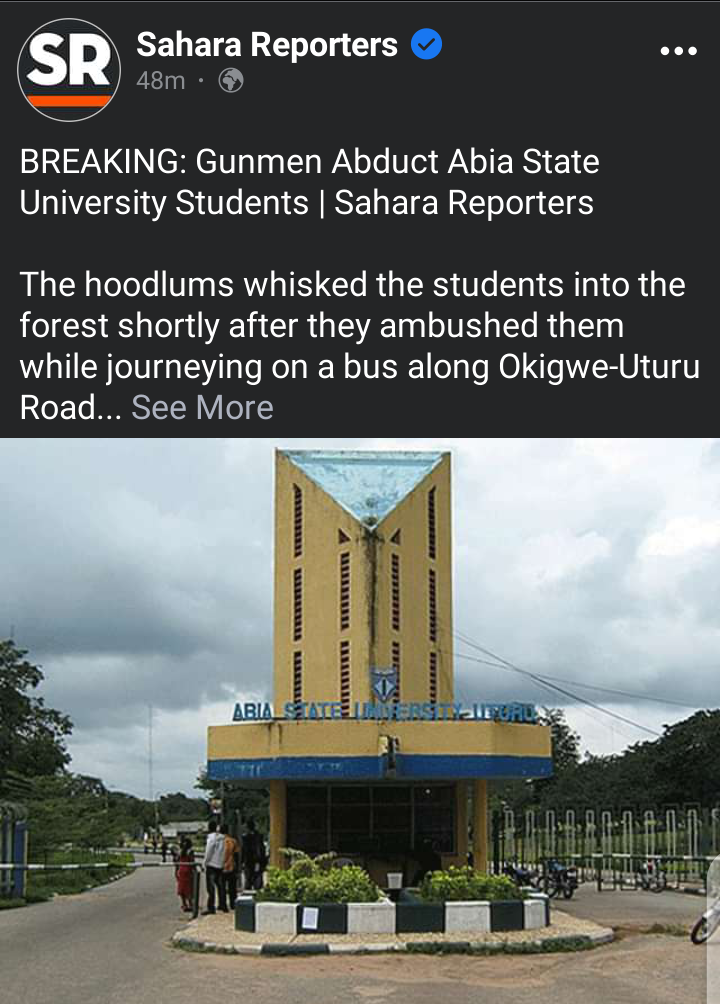 An unspecified number of students of Abia State University Uturu have reportedly been kidnapped by unknown gunmen while they were in transit to the school on Wednesday evening.

The gunmen reportedly attacked a minivan conveying the students from the commercial town of Okigwe in Imo State to the University campus in Uturu Abia State, kidnapping the students and an unknown number of other passengers in the process. The incident occurred around 7pm. 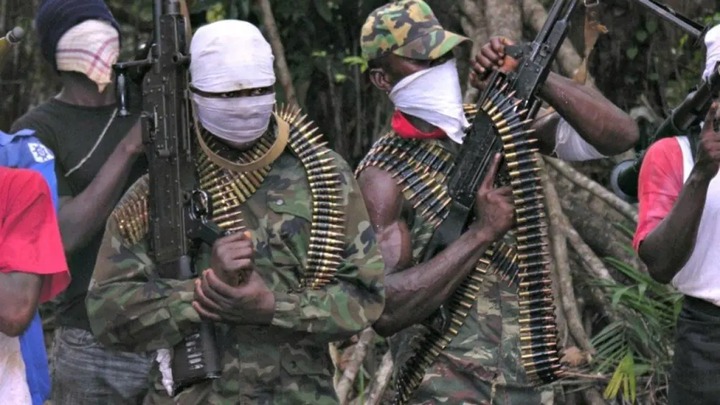 Image is used for illustrative purposes only

In its reaction, the Abia State Government confirmed the incident, but insisted that efforts were being made by the government to ensure a safe release of the abducted students. Since reports of the kidnap surfaced online, there has been increased tension in the university campus. 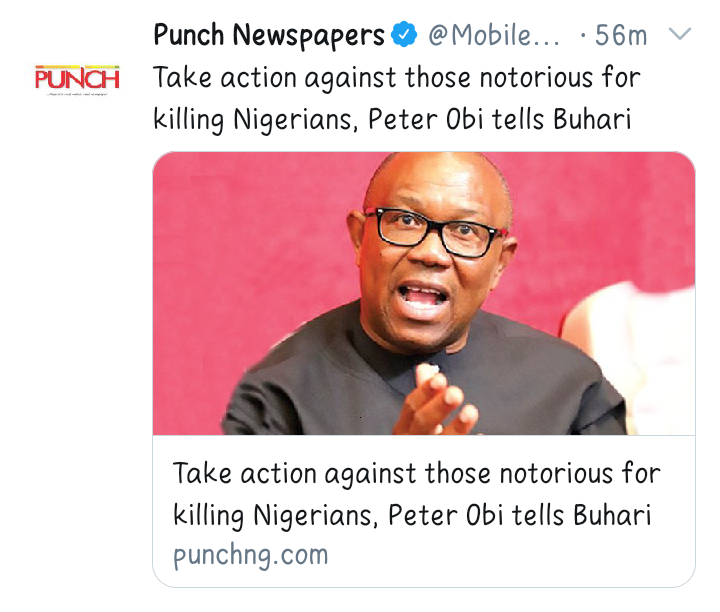 Mr Peter Obi, an Ex-Governor of Anambra State and a vice-presidential aspirant in the 2019 General Elections has now sent a strong message to President Buhari concerning the increased rate at which Nigerians are being killed. The PDP chieftain urged the president to immediately take action against those that are constantly killing Nigerians.

Obi also talked about corruption and a lack of proper facilities in the power and health sector. He decried the apparent lopsided appointment strategy of the Government, urging the President to find a balance in his appointments

If You Don't Want To Suffer Diarrhea, Avoid Consuming Excess Of These 3 Things.

As Cost Of Foodstuffs Keep Rising, See 10 Foods That'll Save You Money And Satisfy You Easily

Opinion: Why Bolanle Ninalowo And His Wife Should Be Named The Most Fashionable Couple In Nigeria