Despite the warnings by the Lagos State Police Command few days ago, that people should desist from staging any form of street protest to mark the one year anniversary of End SARS in the state, some Nigerians still went ahead to disobey the order. 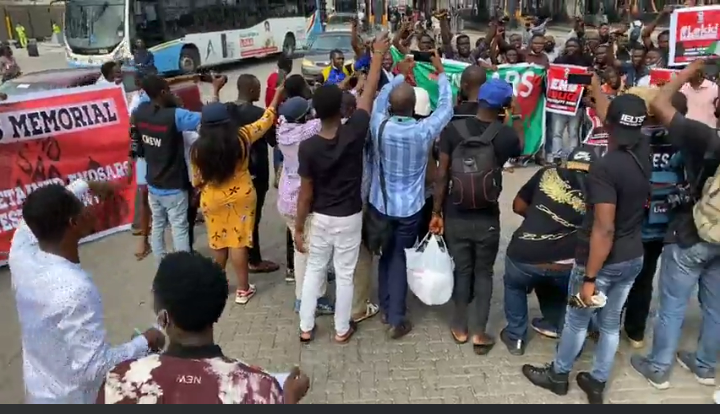 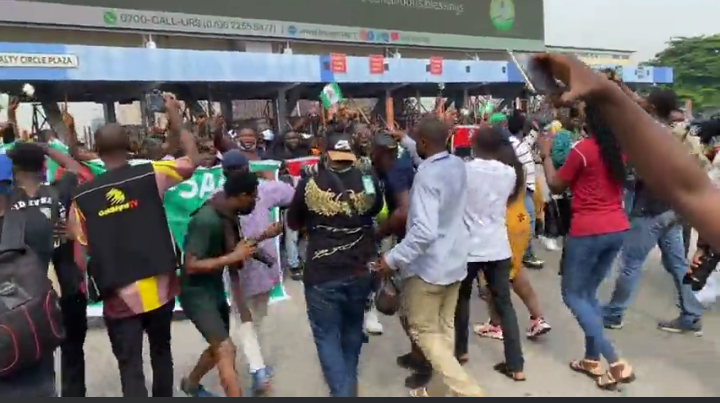 Meanwhile, there are heavy presence of heavily armed police personnel and some other security apparatus around the Lekki Toll Gate, which was the epicentre of last year's protests. But the good news is that, the End SARS anniversary protesters were not harassed by the security operatives at the venue, despite the fact that the police had earlier warned people to shun any form of street protests in the state, in the name of End SARS anniversary. 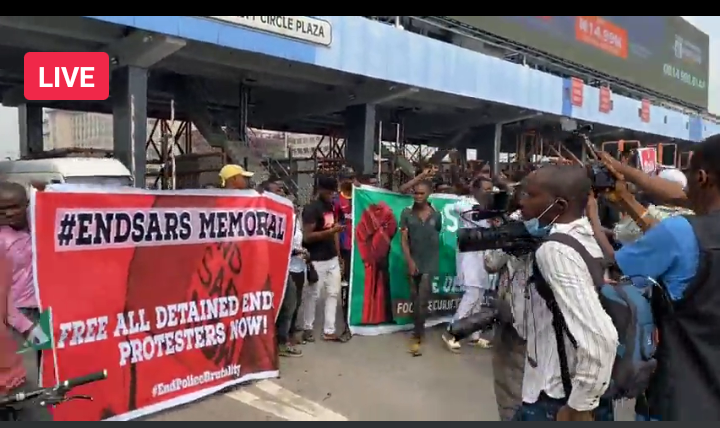 Recall that the End SARS demonstration in 2020 was a kind of social movement, staged against what was termed "massive police brutalities" in the country. Though the protests was originally to force the Government to disband the Special Anti-Robbery Squad (SARS), but it later snowballed into a movement that demanded for good welfare and packages for the Nigerian police, for accountable governance, and some other demands that was submitted to the Government through the Governor of Lagos State, Babajide Sanwo-olu. 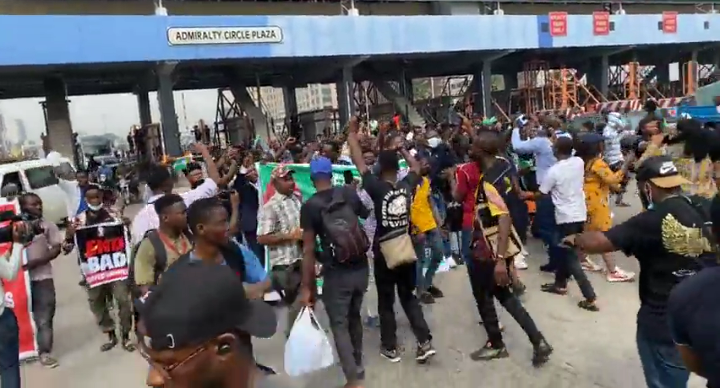 Meanwhile, the End SARS movement originally started in 2017, but it did not received much attention, until it was revitalized in October 2020. Unfortunately, the protest which began on a peaceful note turned bloody and disastrous on October 20, 2020, leading to the destruction of properties worth several millions of Naira and lost of lives in different parts of the country.