Another Protest Begins In Edo 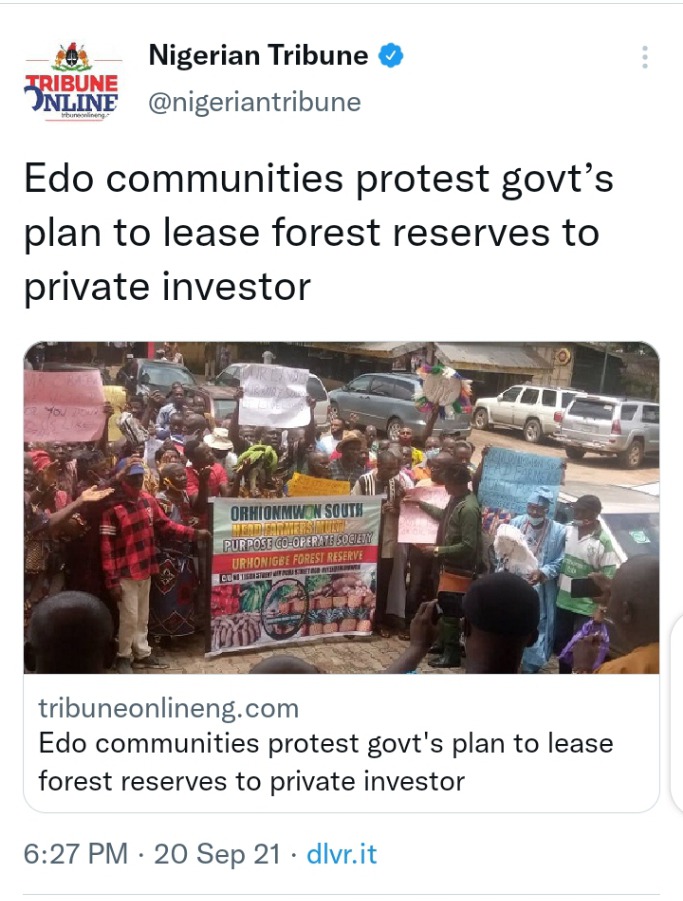 The protesting communities therefore, appealed to Governor Godwin Obaseki to shelve the plan and save their heritages.

According to the communities drawn from Orhionmwon South, the forest is their only source of livelihood through subsistence farming, and it was donated to the government in good faith by their forefathers, whereas other communities refused to make any land donation as a forest reserve. As a result, they requested that the governor relocate the aforementioned investor elsewhere.

‎Spokesman of the protesters, Chief G.O Osadolor‎, who addressed journalists at the Nigerian Union of Journalists (NUJ), Edo State Council, said “The Urhonigbe forest reserve is our only means of livelihood, where we do farming to sustain our family and children. Our children, most of who are graduates and have no job, engage in farming in the forest reserve.

“Many youths from Orhionmwon local government area, who are not interested in criminal activities, engaged in farming in the forest reserve as there is no employment after graduating from school”, he added. 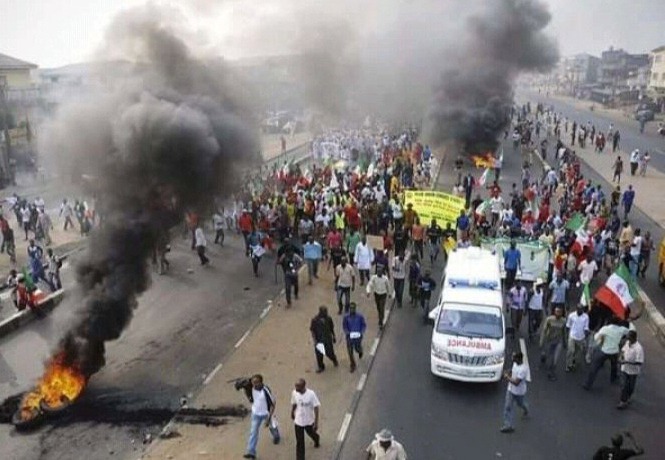 Rampaging youths from Ebyia Unuhu community in Abakaliki LGA of Ebonyi State set fire to the house of the council chairman, Emmaunel Nwangele, on Monday for allegedly conspiring with Ebubeagu security operatives to arrest one of their members, who reportedly died during torturing. 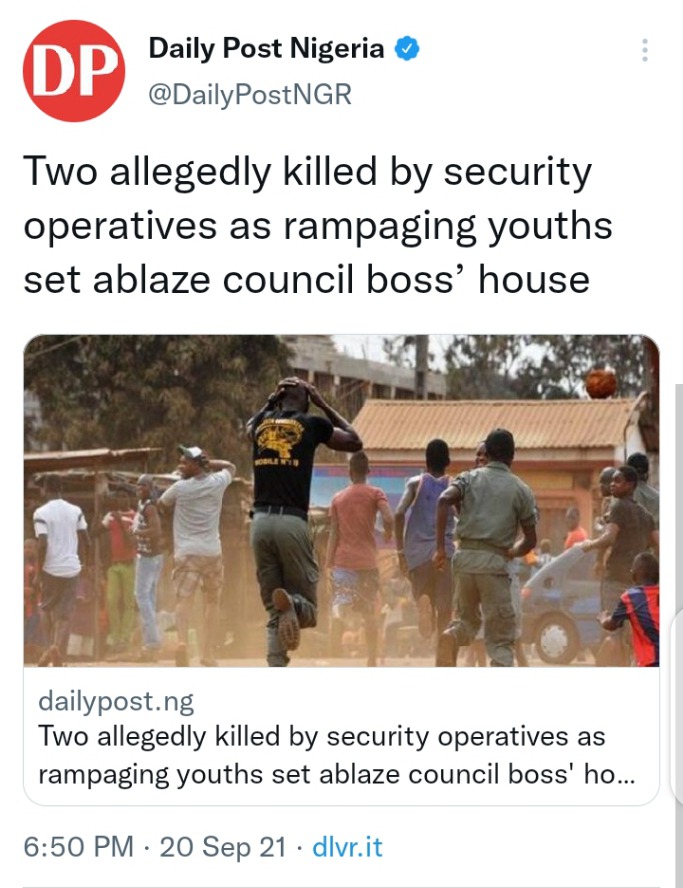 According to DAILY POST, the squabble began when the chairman's S.A., Chukwudi Onyiba, invited Ebubeagu security operatives to arrest a person at Ebyia community, but the suspect died during the interrogation, prompting the youths to burn down the chairman's house.

It was also reported that the angry youths razed a Guest House popularly known as 'Bosco,' which belonged to the chairman's S.A and was located on Hatchery Road in Abakaliki.

The Secretary to the Government of the Federation, Boss Mustapha, has said that despite the challenges facing the country, Nigeria will continue to remain an indivisible entity. 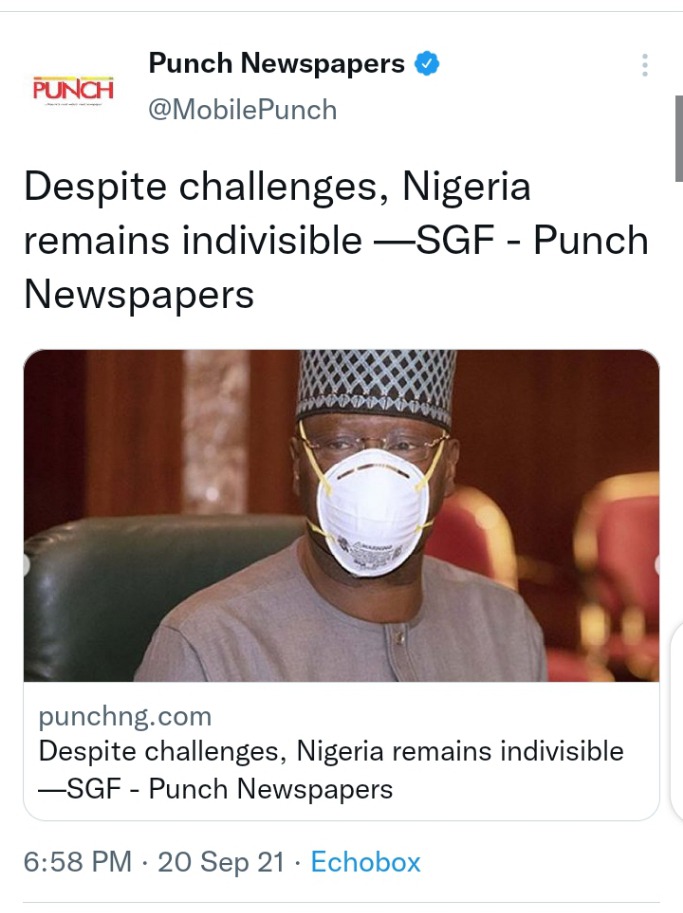 Mustapha disclosed this on Monday in Abuja during the Nigeria @60 photo exhibition with the theme, ’60 years of Independence’.

Governor Samuel Ortom of Benue has urged the people of Bonta and Ukpute communities in Konshisha and Oju local government areas of the state to sheathe their swords and embrace peace. 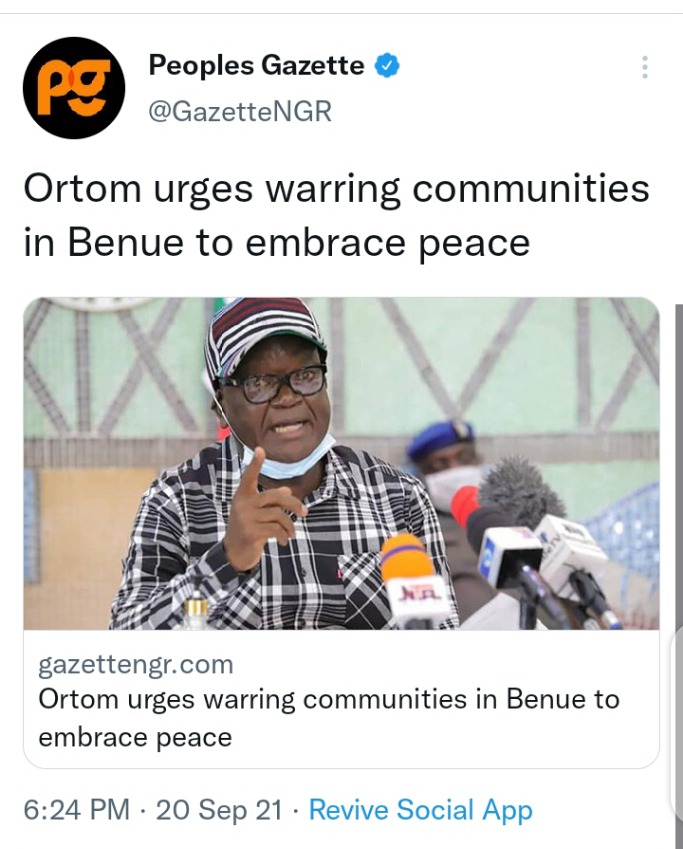 Mr Ortom made this appeal on Monday when he led top government functionaries, politicians and security chiefs on a peace mission to the communities.