“If Obi Cubana had acted responsibly last week, he won’t need all these explanations now”— Deji

By AllgistPost (self media writer) | 1 year ago

Popular Nigerian activist, Deji Adeyanju has stated that Obi Cubana would not have been making a lot of explanation after the burial of his mother if he had acted responsibly.

Remember, that Oba Cubana the Anambra-born business mogul has just concluded his mother's funeral last week. However, due to the rate at which money was sprayed during the event. Many have criticized him for such a display of cash. Regarding this, he has responded to some of this criticism. During an interview with the BBC pigeon. He revealed that he is not as rich as people think of him, that it was his good deed that is speaking for him. He equally said that all the money sprayed, the cows killed for the burial were all gifted by his boys.

Meanwhile, Deji Adeyanju responding to this stated that “If Obi Cubana had acted responsibly last week, he won’t need all these explanations now”. Equally, he revealed that “Every time he’s traveling abroad, he will be watched as a ‘Person of Interest’. The financial & security world exchange intel. He didn’t need to draw so much attention to himself”.

However, check out how people are reacting to his statement below. 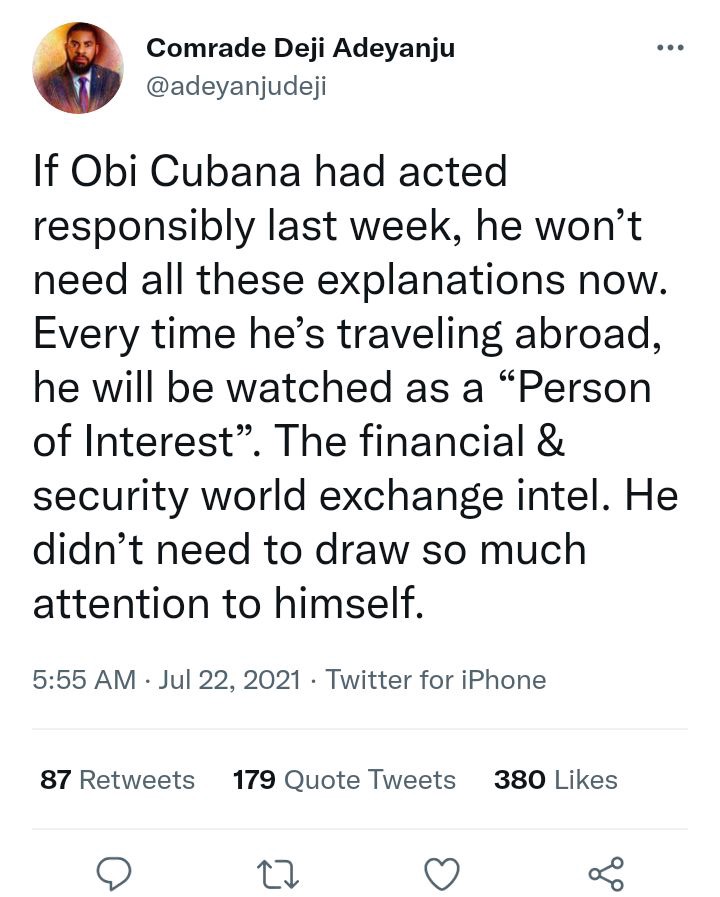 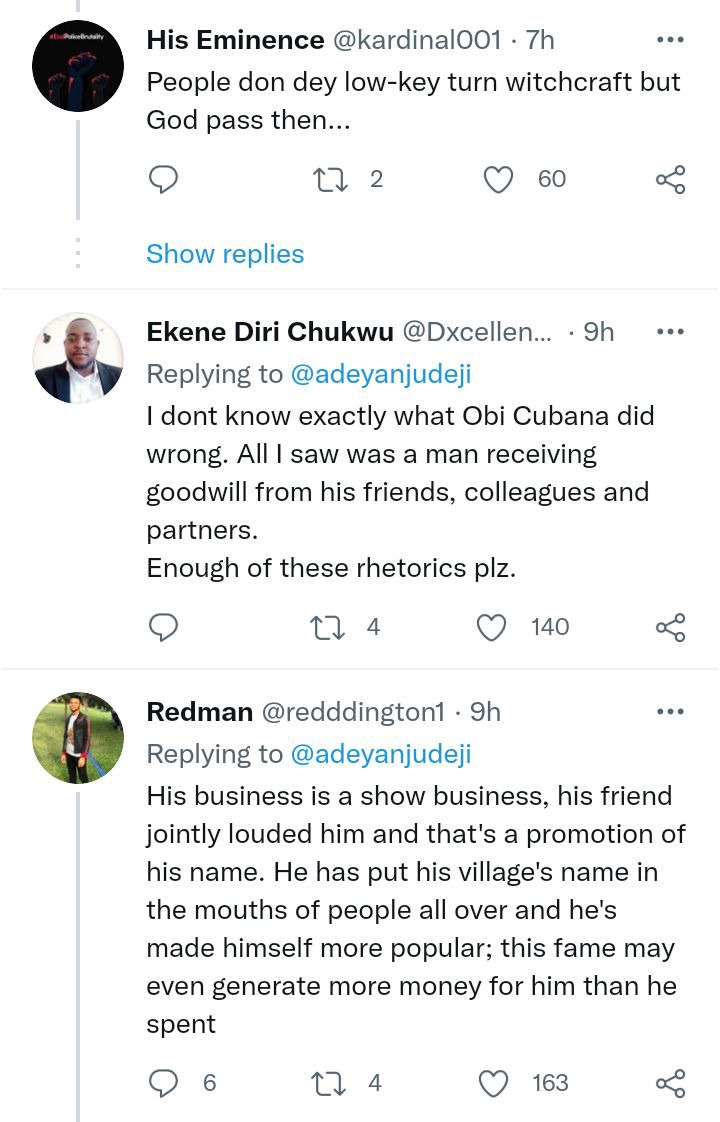 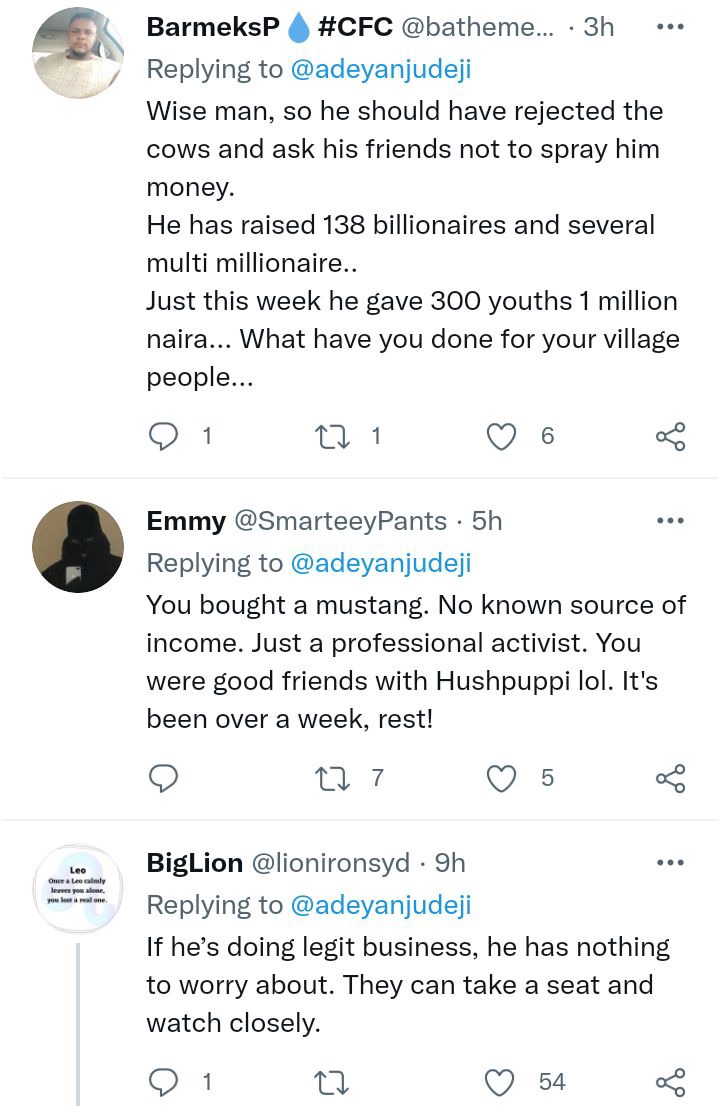 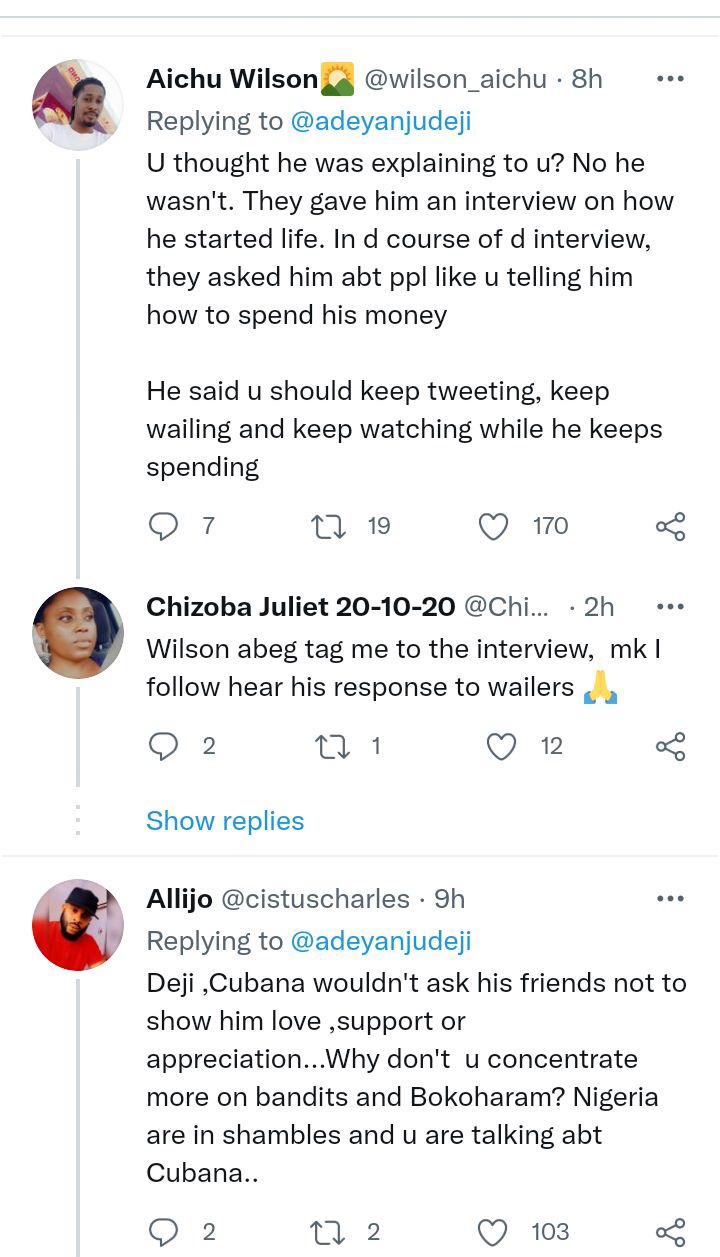 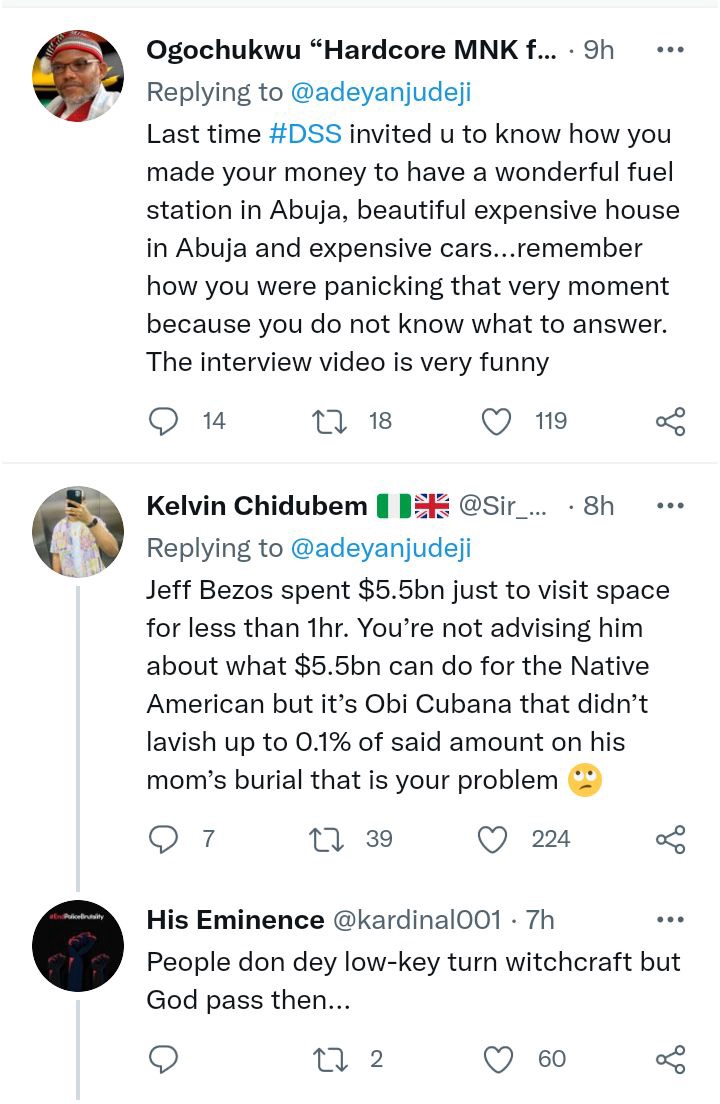 Photo is used for illustration.

What is your opinion on this? Let me know your thoughts through a comment. Don't forget to follow “AllgistPost” for more updates.