'Wailers, Get Ready For 2 More Yrs Of Medical Trips By Buhari' - Onochie Aims Swipe At Reno & Others

By OlukayodeDamien (self meida writer) | 1 months

Amidst the prevailing protests organized in London by Reno Omokri, a former presidential aide to former president Goodluck Jonathan to press home demands for a better Nigeria, mixed reactions have continued to characterize this latest news in the country. 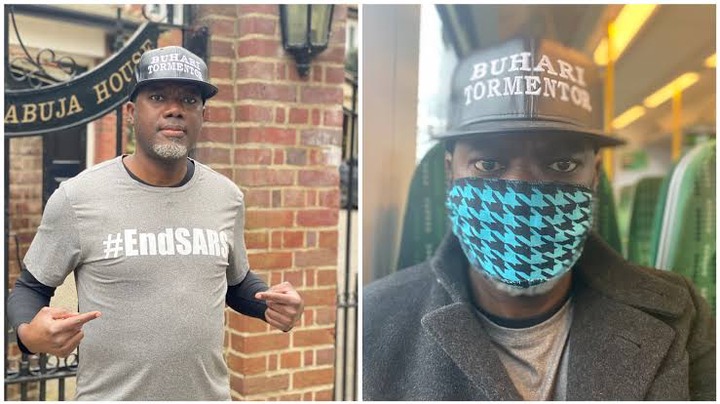 Recall that President Buhari flew to London late last month for medical reasons inspite of the many challenges facing the health sector, among others in country. You will also recall that Reno Omokri flew from his US base to London to kickstart a #HarassBuhariOutOfLondon protest which had been met by wide commendation and and condemnation as well. Nigerians living in the capital went for the protests and are still gathering there as we speak. 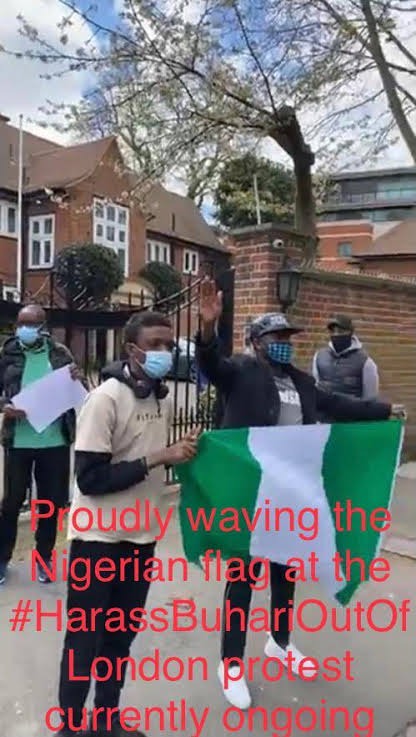 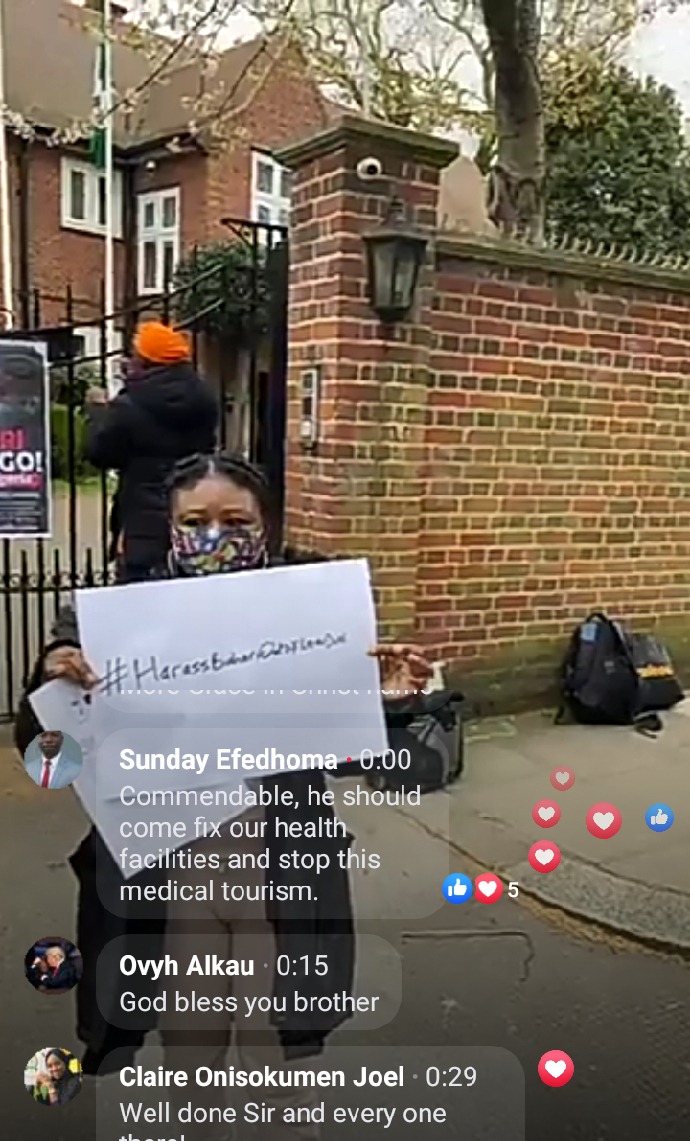 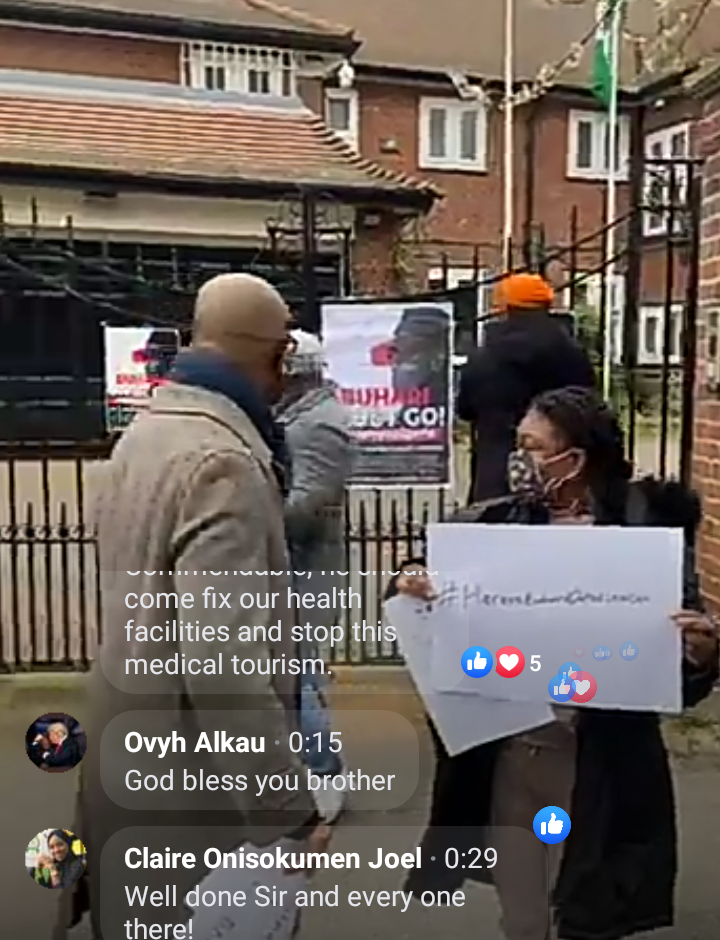 Some days ago, a counter protest was led to drum support for the president who is allegedly held hostage in his abode in London by the Reno Omokri-led protesters. This issue has persisted and it seems the #HarassBuhariOutOfLondon group of protesters are not ready to back out. 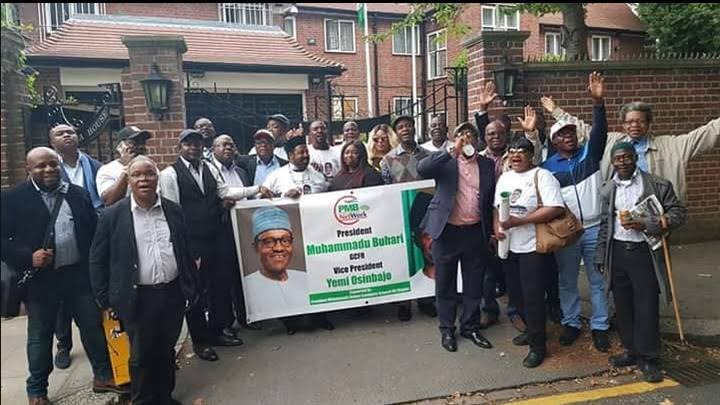 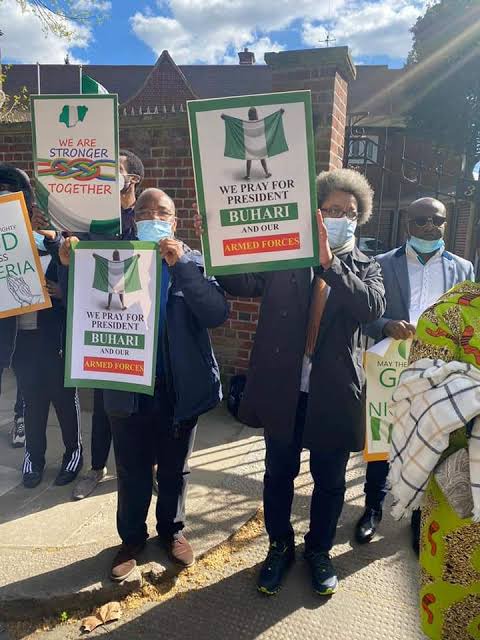 Scenes From Pro-Buhari Rally In London

Back home, there have been supports from several portfolios in the presidency for the president's medical trip. Garba Shehu, Media Aide to the president has come strongly on the protesters who are demanding that Buhari returned to Nigeria to make use of the health facilities there. Other meaningful Nigerians have also come out to speak in support of the president.

Today, Lauretta Onochie, Presidential Aide on Social Media took a huge swipe at those raising dusts on the president's latest medical trip. She took to Twitter to air her views in a series of tweets calling those not in favour of the trip wailers. 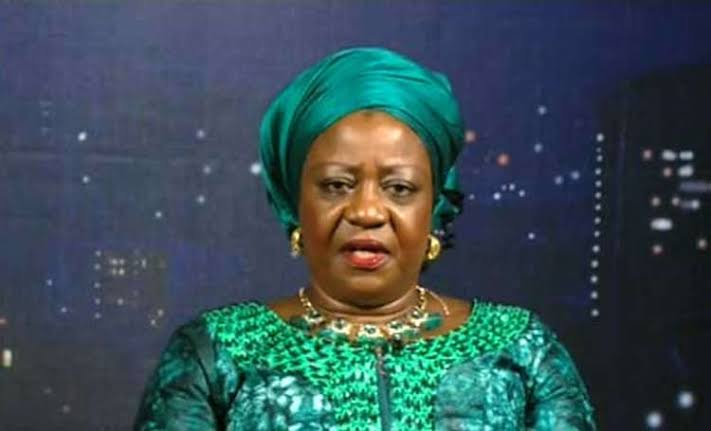 She said, " We have been here since 2016. It has been the same wailing. So the response will also be the same".

"At least in a year, people across the world see their personal doctors especially one they have seen for almost 40 years".

President Buhari won't dump his doctors of about 40 years so that wailers can be happy. That's blackmail. Thankfully, he doesn't pay blackmailers".

See her full tweets below. 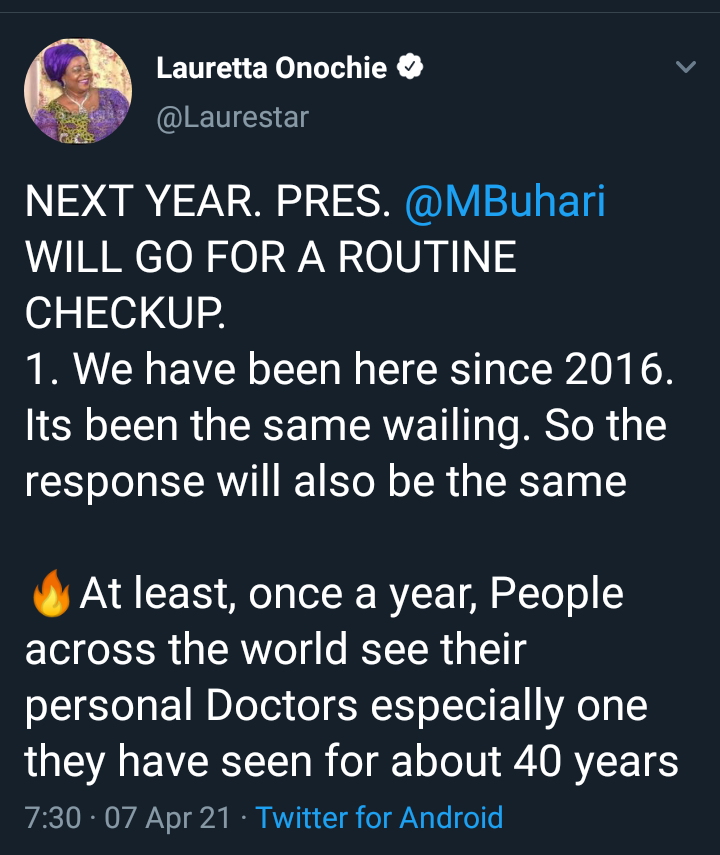 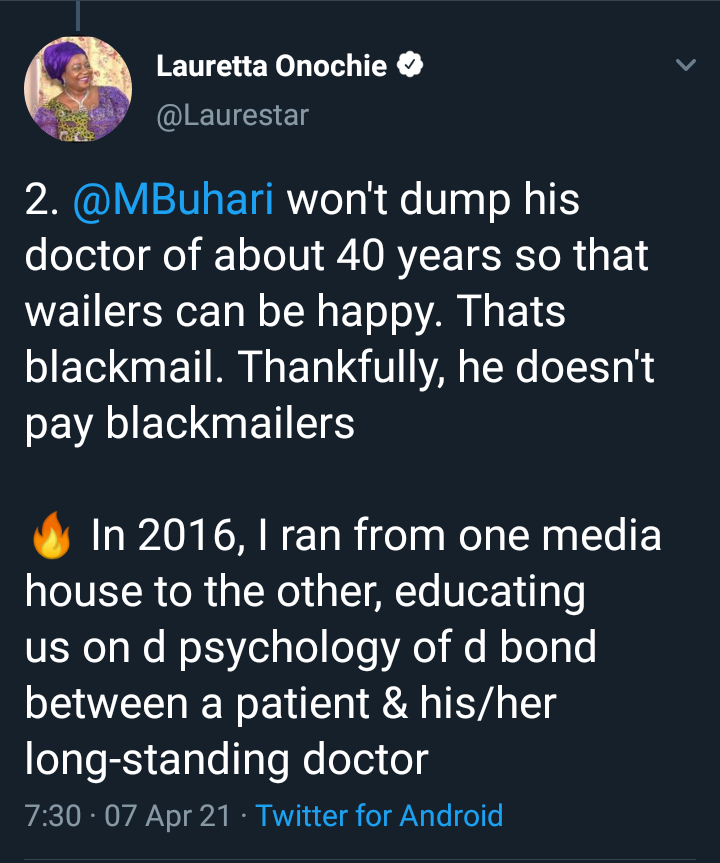 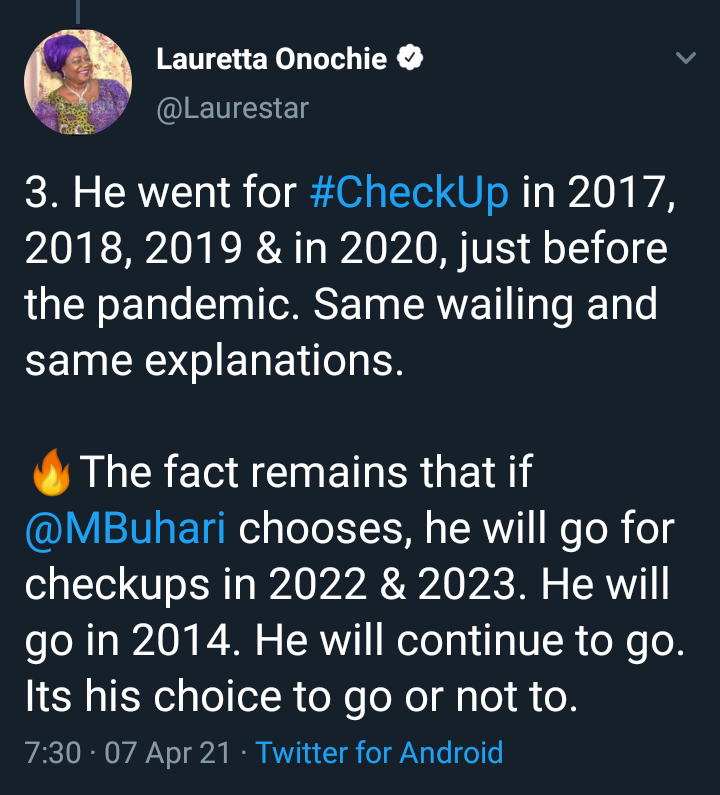 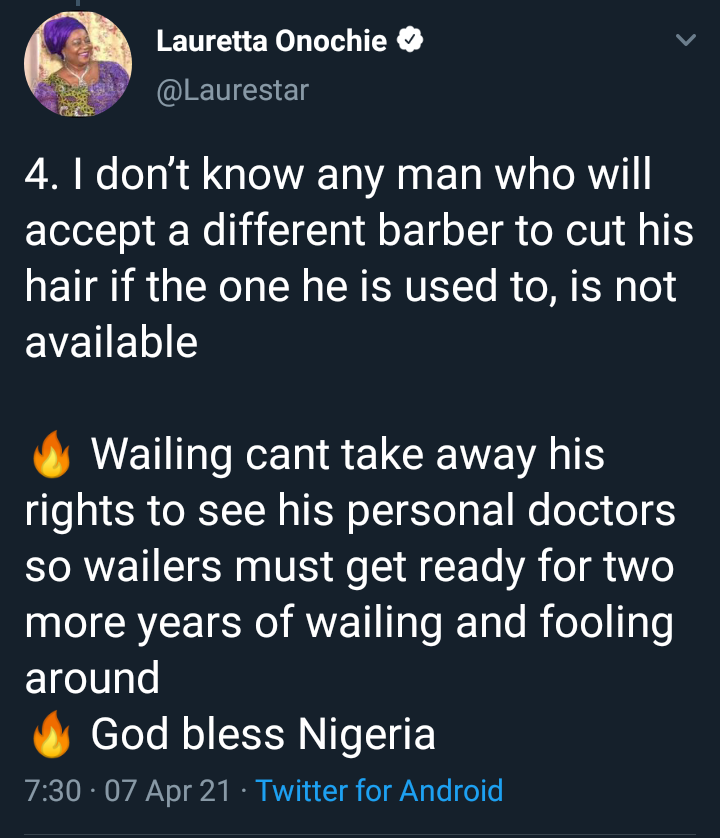 Reactions to her tweets have been very few due to the control measures on her Twitter handle. However, we were able to pull two reactions which are shown below in the screenshots. 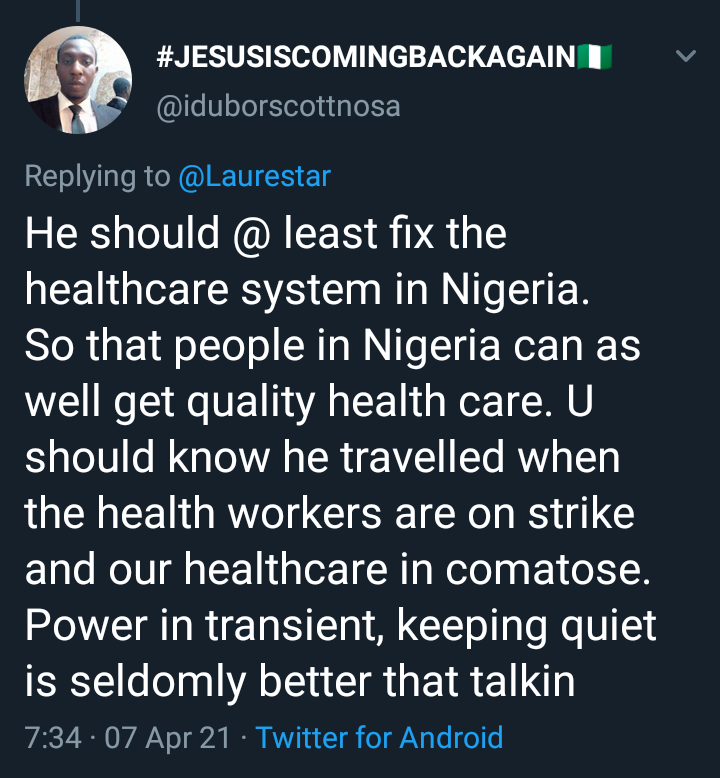 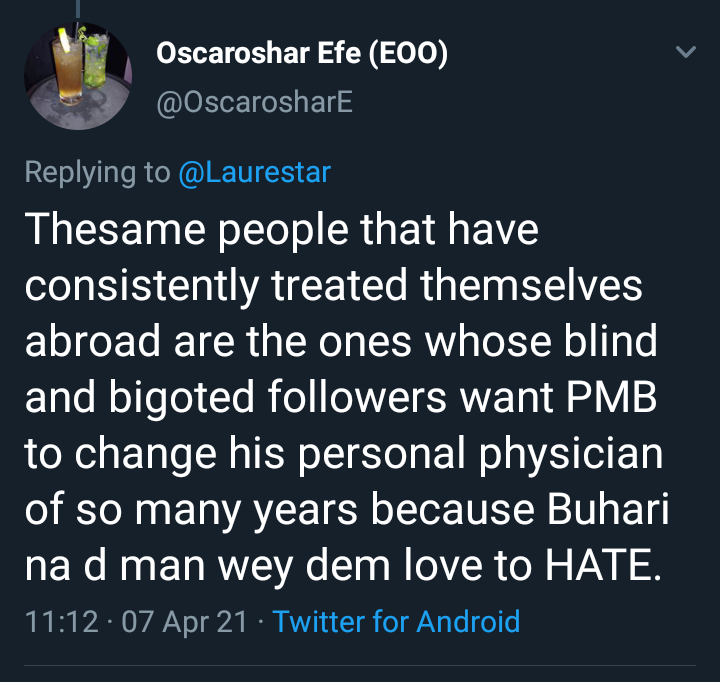 As at the time of writing this, the #HarassBuhariOutOfLondon is still gathering momentum and still being spear headed by Reno Omokri.

It seems it would take some time before the last would be heard concerning this drama unfolding in London.

Opinion: Nigeria In Need Of Another Dora Akunyuli In The Federal Executive Council

Watermelon Seller Scratching His Dirty Foot With Knife Use For Cutting The Fruit: Watch Video Here

Opinion: Managing The Mental Health of Seafarers (A Covid 19 Aftermath)

5 tools to help people get out of poverty

What Does It Mean That Southern Govs Should Be Careful?- FFK Fires Back At Prof Usman

Science and Technology: Astonishing, You Can Now Upload Knowledge in Your Brain